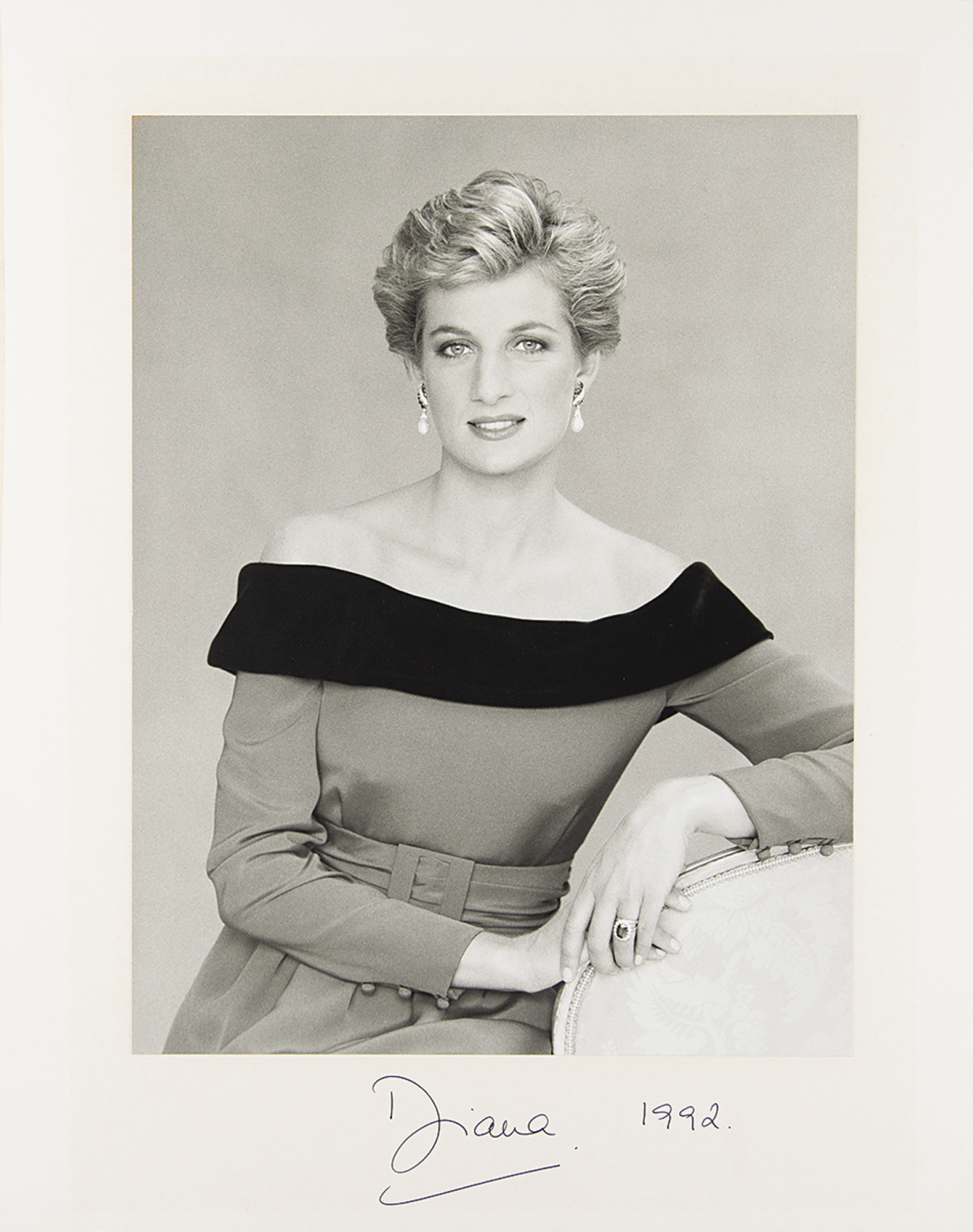 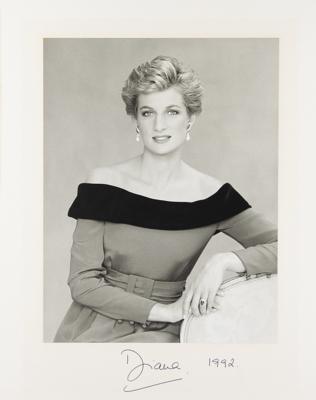 Brilliant semi-glossy 12 x 15.5 silver gelatin portrait of Princess Diana taken by photographer Patrick Demarchelier in 1990, affixed to the original 17 x 21 mount, which is signed below in black ink, “Diana 1992.” In fine condition, with tape along the edges of the mount which could easily be matted out to produce a stunning display. A large and gorgeous portrayal of Diana, Princess of Wales.

Patrick Demarchelier is revered for his subdued, classically elegant fashion photographs. Since he moved to New York from his native France in the 1970s, Demarchelier has shot color and black-and-white editorials for publications including Vogue, Harper’s Bazaar, and Vanity Fair, as well as ad campaigns for Chanel, Dior, Louis Vuitton, Versace, Calvin Klein, and Celine, among other luxury brands. As a portraitist, Demarchelier is celebrated for his ability to capture the true personalities of his subjects—Madonna, Hillary Clinton, Anthony Hopkins, RuPaul, and Kate Moss, to name a few.

Princess Diana so admired his work that, in 1989, she commissioned him to photograph her with her sons, William and Harry, making him the first non-British official photographer for the British royal family. In 2007, Demarchelier was named an Officer of the Order of the Arts and Letters by the French government. In 2008, he received the prestigious Lucie Award for achievements in fashion photography.