Lot #312
Atari: I, Robot Arcade Game Prototype from the collection of David Sherman 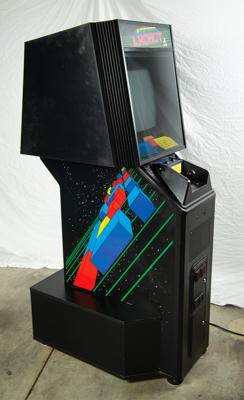 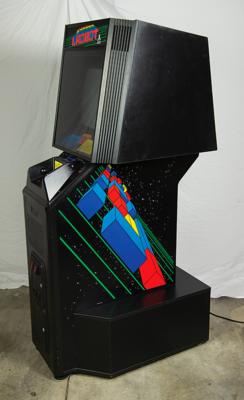 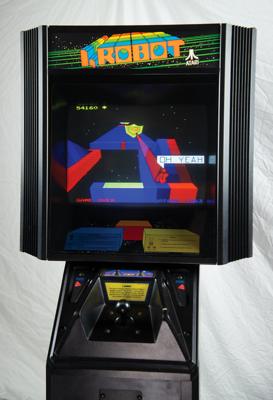 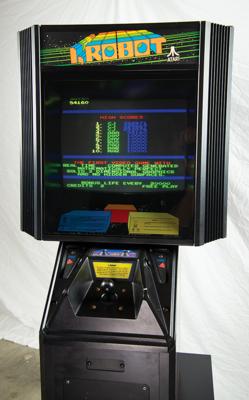 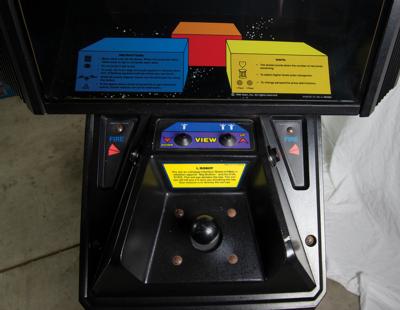 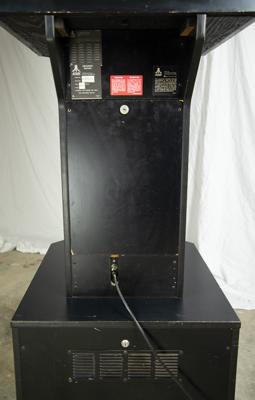 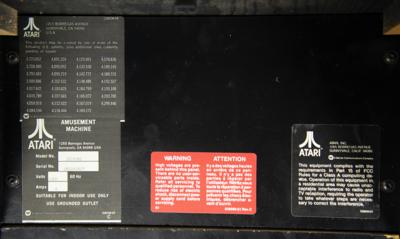 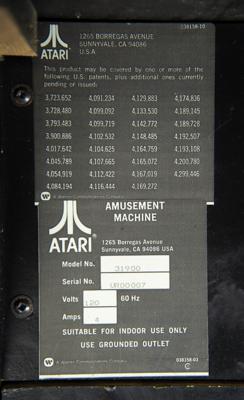 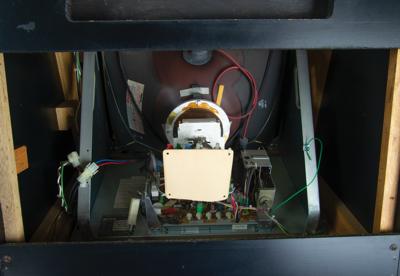 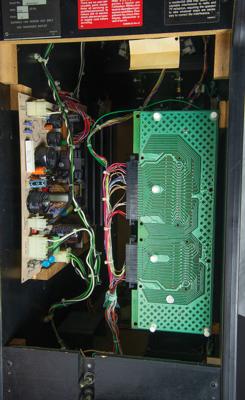 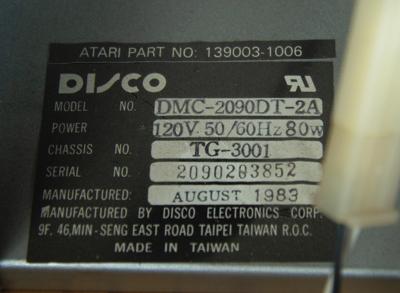 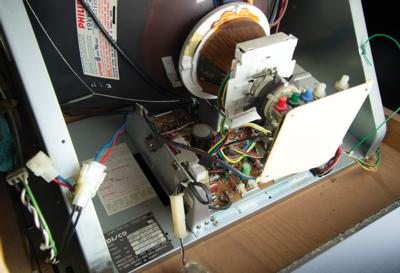 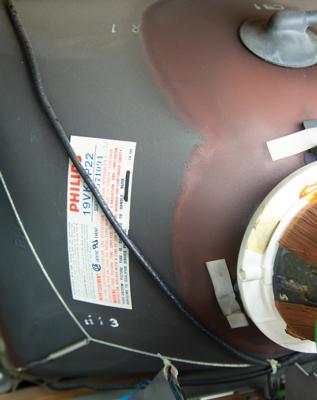 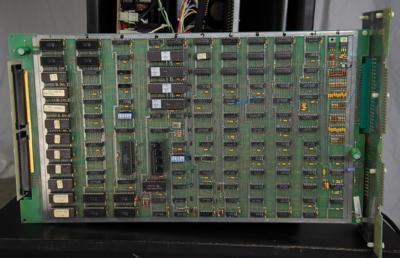 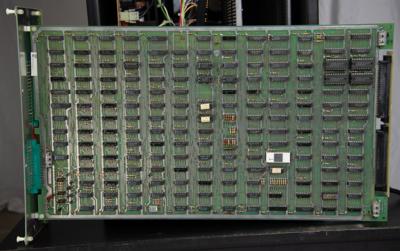 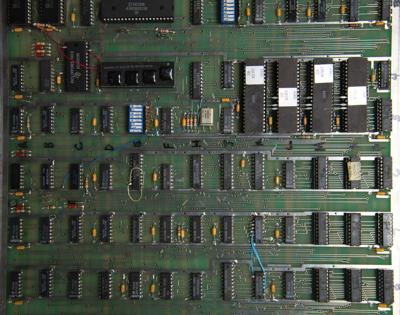 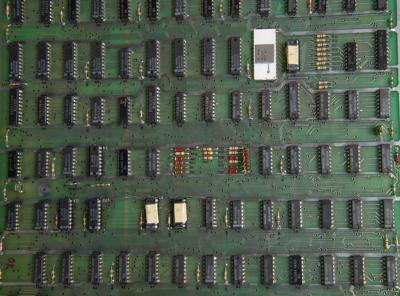 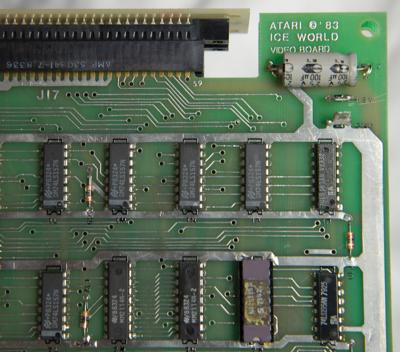 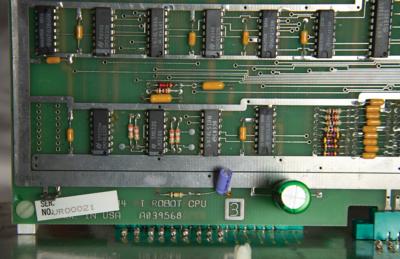 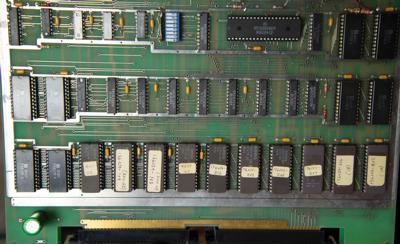 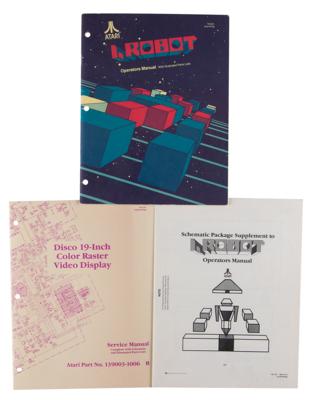 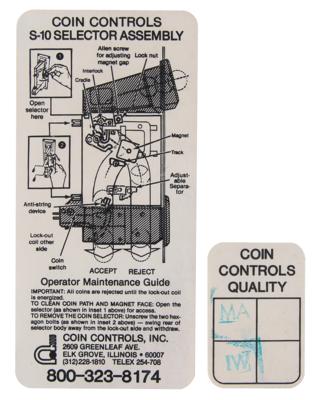 
Extremely rare working prototype of the innovative Atari, Inc. arcade shooter game I, Robot, deriving from the personal collection of Atari hardware designer David Sherman. This particular arcade console was used exclusively during early development stages and is one of just two known existing working prototypes with video boards marked “Ice World,” which was the development code name for the I, Robot project.

I, Robot represents the first raster monitor, color video game to use only correctly rendered 3-D graphics for gameplay. As such, it can be considered the original ‘3-D shooter’-style game, which has subsequently dominated video and arcade game development. So advanced was the development of I, Robot in 1982-1984, that it was still considered a difficult benchmark for game emulator systems a full 15 years after its official release by Atari.

Workstation-level professional 3-D systems of the early 1980s were not expected to render full-screen graphics in real-time, and those that did cost tens of thousands of dollars. In this context, the ability of the sub-$500 I, Robot hardware to display in real-time, while also performing game control, was remarkable. I, Robot hardware supplied the ability for the game player to move their viewpoint in real-time while the playfield was being rendered.

The cabinet, which measures 34.5″ x 68.5″ x 25.25″, is in excellent shape, with the marquee and side art in pristine, aesthetically pleasing condition. The back of the console features its original Atari, Inc. manufacturing labels, which list the model number, “31900,” and the serial number, “UR00007.” The printed circuit board (PCB) has “UR0021” stickers and there are some wire-wrap wire prototype mods on the boards; several are not production proms, but they work for the production gameplay. All of the parts are original and were never replaced; the PBC set and cabinet have been together since 1984.

The monitor is in excellent condition; the display is issue-free and presents very clean graphics. I, Robot was the first Atari game to use the patented Hall effect joysticks and, despite their nearly 40-year age, the controls work without any problems. The control panel is also in very good condition and bears one minor nick. The unit contains the original key set and one lock on the coin box needs to be replaced. The cooling fan is expectedly noisy, as are all original fans of that era of Atari games. Accompanied by its complete schematic set and its original operator manuals from 1984.

The consignor notes that the game is in full working order; however, given its 40-year age, the controls will likely require minor lubrication to regain original 'gameplay feel.' Due to the machine’s origins as a fully functional in-house Atari prototype, both RR Auction and the consignor encourage interested parties to have some knowledge of vintage arcade repair and/or maintenance.