First-person account of the Titanic disaster, submitted as part of a newspaper's story competition: "I was awakened by a terrific crash, followed by the rending of metal, the rushing of water and the shouting of men" 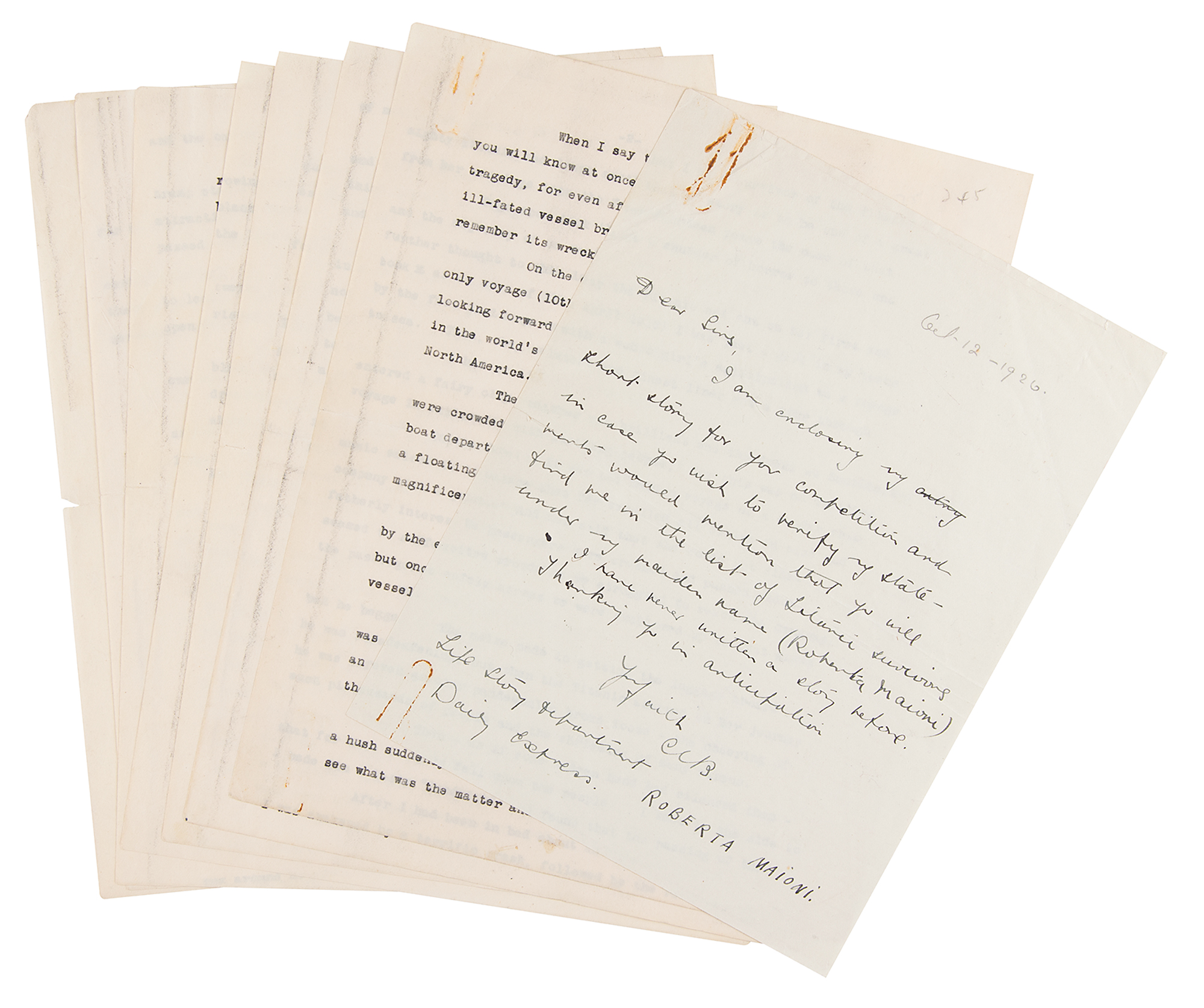 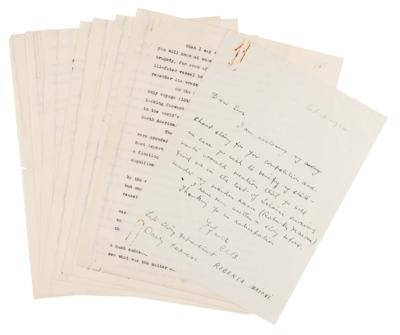 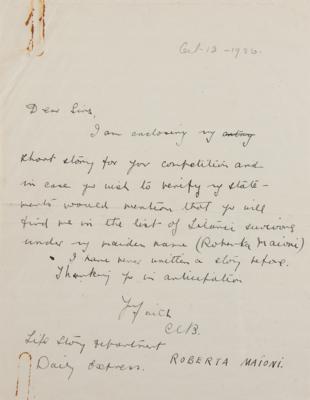 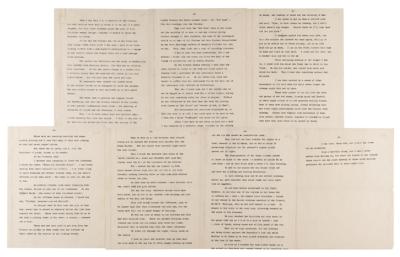 First-person account of the Titanic disaster, submitted as part of a newspaper's story competition: "I was awakened by a terrific crash, followed by the rending of metal, the rushing of water and the shouting of men"

Roberta Elizabeth Mary Maioni (1891-1963), known as 'Cissy' to friends and family, was traveling as a first-class passenger on the Titanic in her capacity as personal maid to the Countess of Rothes, boarding at Southampton; she later married Yorkshire businessman Cunliffe Bolling in 1919. ALS signed "C.E.B." and "Roberta Maioni," one page, 6.75 x 9, October 12, 1926. Handwritten cover letter to the "Life Story Department, Daily Express," in full: "I am enclosing my short story for your competition and in case you wish to verify my statements would mention that you will find me in the list of Titanic survivors under my maiden name (Roberta Maioni). I have never written a story before." Includes her typed manuscript of the story, seven pages, 8 x 10, beginning: "When I say that I am a survivor of the Titanic you will know at once that my story is to be one of a great tragedy, for even after fourteen years the name of that ill-fated vessel brings a shudder of horror to those who remember its wreck."

She continues to offer a first-person account of the iceberg strike and her escape from disaster: "After I had been in bed about an hour and a half I was awakened by a terrific crash, followed by the rending of metal, the rushing of water and the shouting of men…I watched them preparing to lower the lifeboats. I heard the order, 'Women and children first.' I saw women parting from their husbands and fathers. Some women clung to their husbands and refused to leave them, but the ship's officers pulled them apart—the women to live and the men to die. An elderly officer, with tears streaming down his cheeks, helped us into one of the lifeboats. He was Captain Smith—the master of that ill-fated vessel. As the lifeboat began to descend, I heard him say, 'Goodbye, remember you are British.'" She goes on to recount watching the ship sink, their rescue by the Carpathia, and offers praise for "the quiet bravery of those noble British gentlemen who perished that we women might live." In very good to fine condition, with some light creasing, and rusty paperclip impression. The story would be published in the Daily Express under the title 'My Maiden Voyage.'