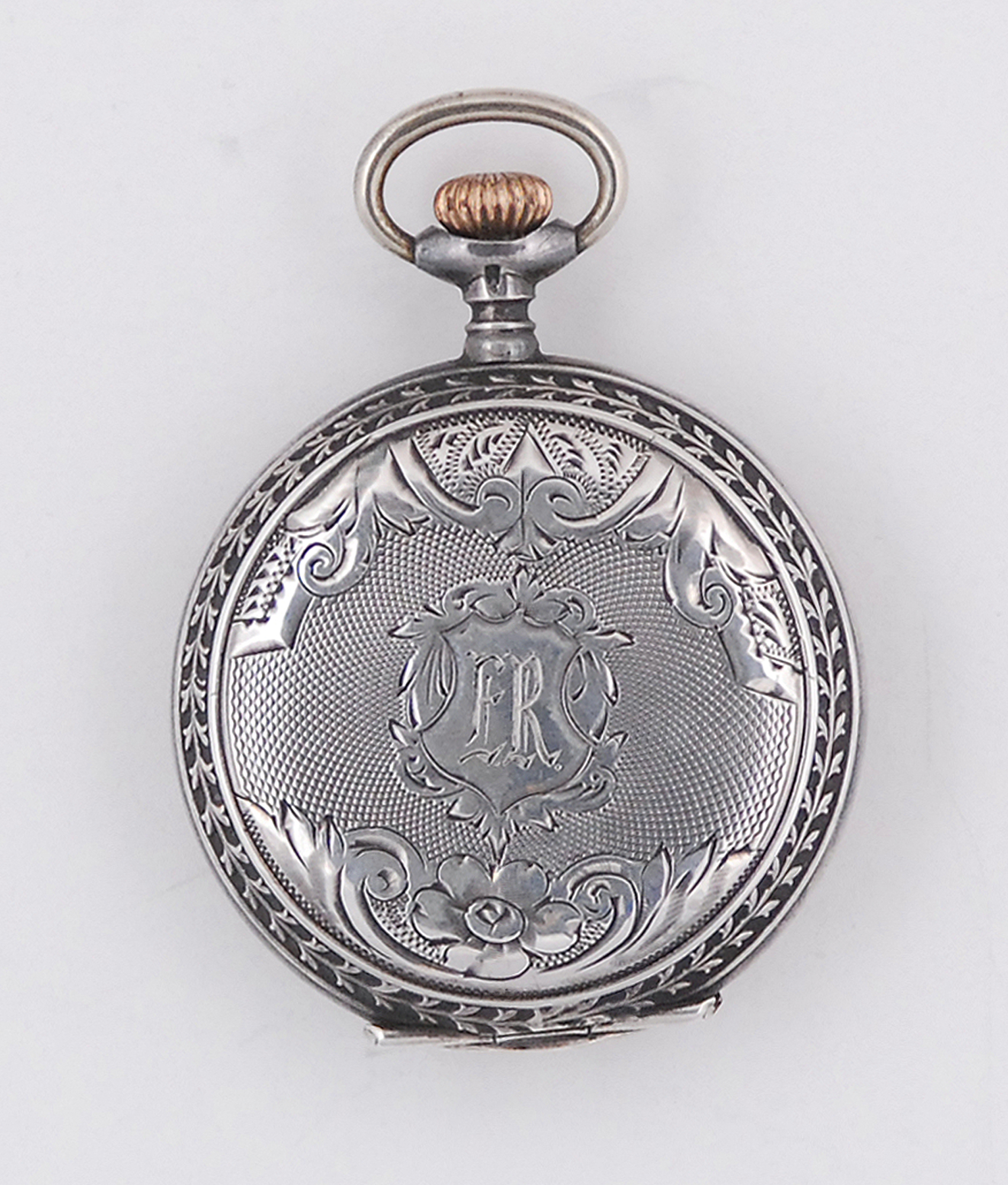 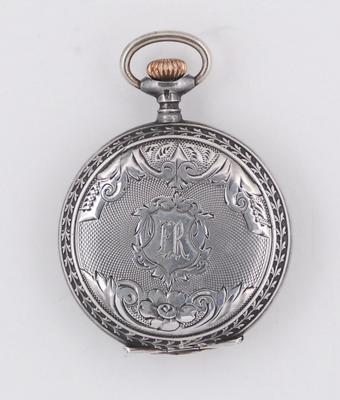 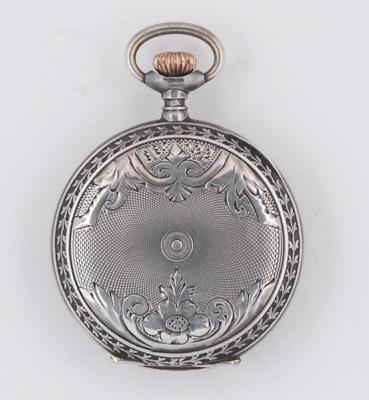 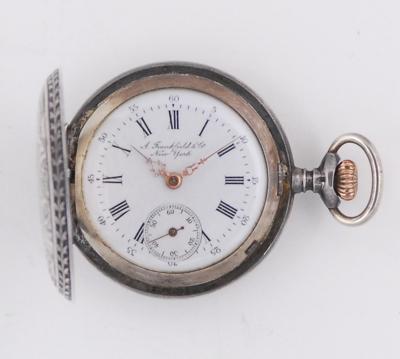 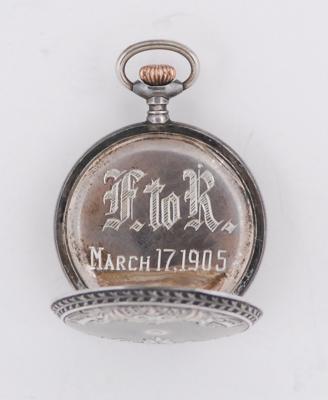 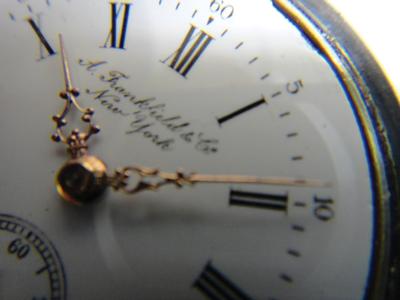 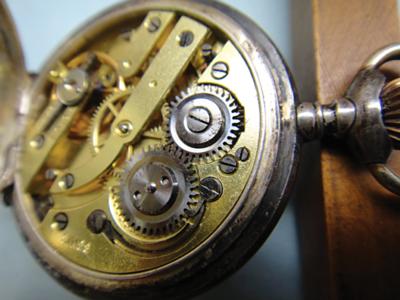 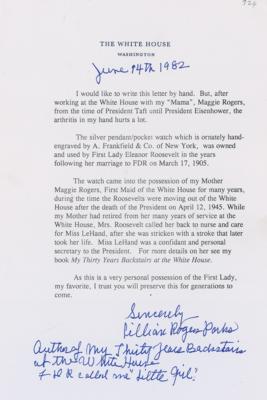 Previous Lot
Next Lot
Login or Register To Bid Add to BidTracker
Estimate: $8000+

Eleanor Roosevelt's beautiful personally-owned and -used Swiss lady's .900 silver hunting cased pendant watch, sold through A. Frankfield & Co. of New York and so signed on dial, presented to her by her husband, Franklin D. Roosevelt. The finely decorated silver case is artistically ornate and elaborate with a textured pebble pattern and floral theme, with her initials engraved in an escutcheon on the front, "E. R." The rear cover opens to reveal the skillfully engraved cuvette with gift inscription and date of their marriage, "F. to R., March 17, 1905." Manufacturer's engravings inside the front cover also include the serial number, "15766 S," "K & M 0.900," and a silver hallmark. The watch has a 35 mm case diameter, white enamel dial, Louis XV gilt hands, cylinder escapement, 6 jewels, stem-wound and lever set. The small setting lever next to the dial at the 4 o'clock position shifts and locks upward toward the pendant, and may be pushed back or returned simply by closing the cover. The watch is in exceptional original condition, running well despite not being serviced for decades, showing hardly any wear but abundant tarnish to the silver case, here preserved just as it was passed along. The dial is clean and ideal, and the hands are in excellent condition.

A. Frankfield & Co. was a jeweler operating in the Roosevelts' home state of New York during the late 19th and early 20th centuries, known to sell pocket watches, cuckoo clocks, sterling, and silverplate. Includes a color copy of a detailed letter of provenance on White House letterhead from Lillian Rogers Parks, who was a best-selling author as well as housekeeper and seamstress at the White House for over 30 years, from President Hoover through President Eisenhower. In part: "The silver pendant/pocket watch which is ornately hand-engraved by A. Frankfield & Co. of New York, was owned and used by First Lady Eleanor Roosevelt in the years following her marriage to FDR on March 17, 1905. The watch came into the possession of my Mother Maggie Rogers, First Maid of the White House for many years, during the time the Roosevelts were moving out of the White House after the death of the President on April 12, 1945." One of the most interesting notes regarding the wedding of Franklin and Eleanor Roosevelt was that then-president Theodore Roosevelt, Eleanor's uncle, gave the bride away, as both of her parents had passed away during her youth. A superb and very special memento given to America's premier first lady by FDR himself.