Governor Jay appoints the Assistant Attorney-General for "the Counties of Suffolk, Queens, Kings, Richmond and West-chester" 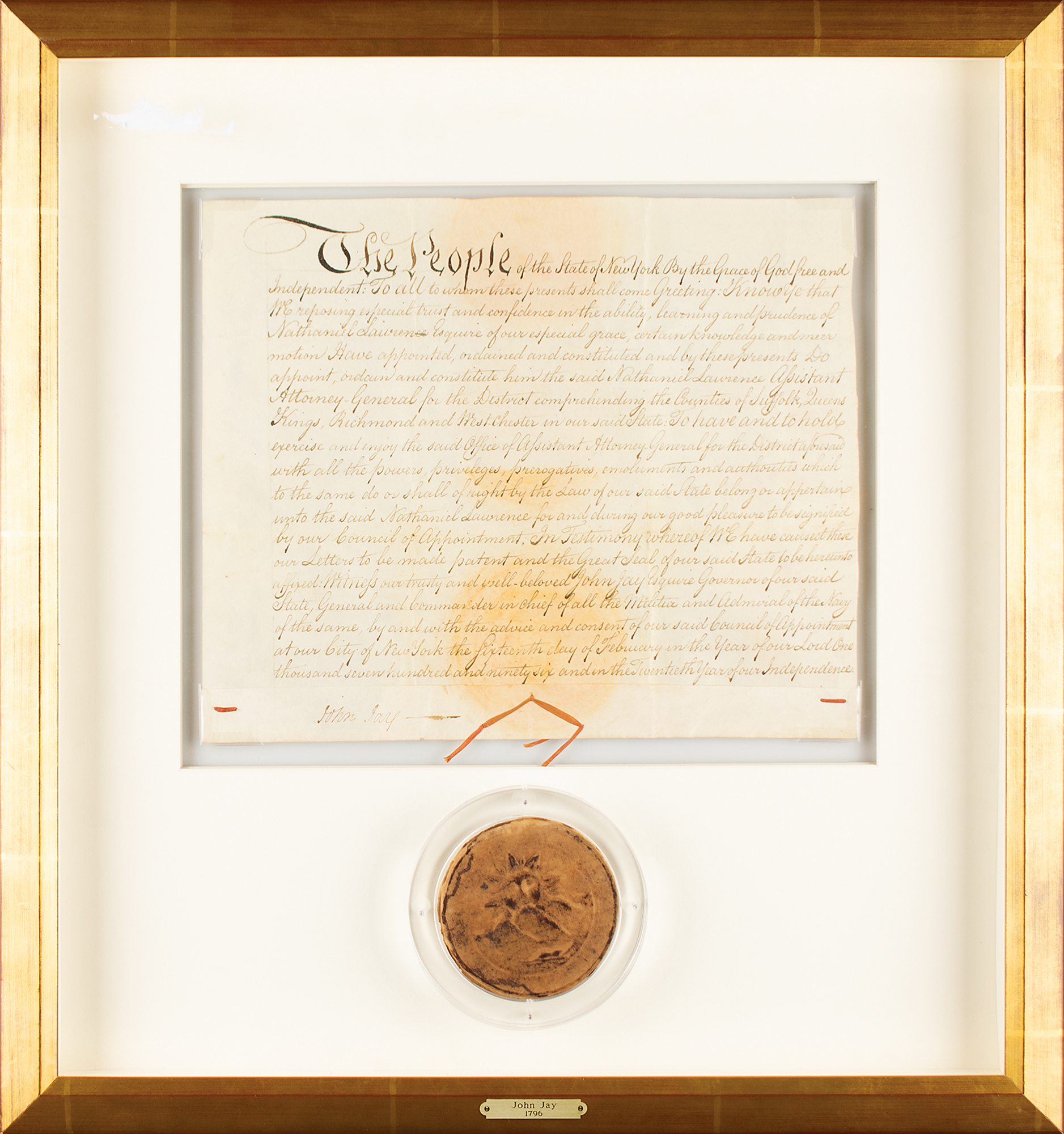 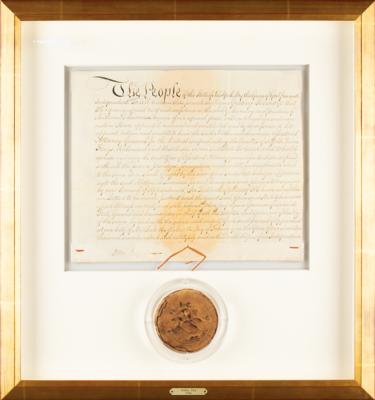 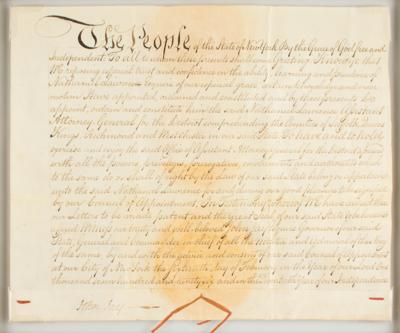 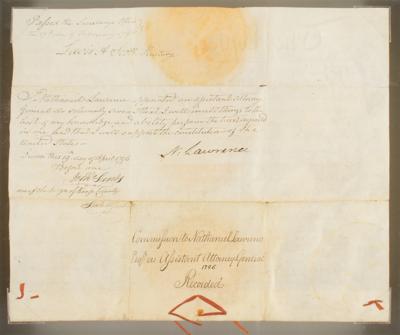 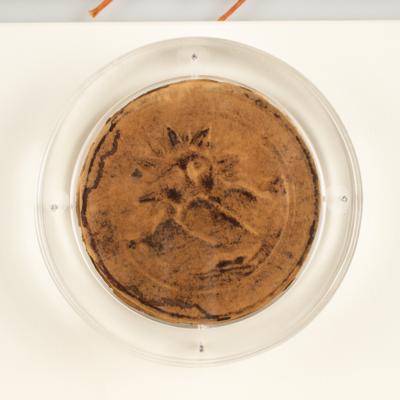 Governor Jay appoints the Assistant Attorney-General for "the Counties of Suffolk, Queens, Kings, Richmond and West-chester"

Manuscript DS, one page both sides, 12.75 x 10.75, February 16, 1796. As the 2nd governor of New York, Jay appoints Nathaniel Lawrence as "Assistant Attorney-General for the District comprehending the Counties of Suffolk, Queens, Kings, Richmond and West-chester." Signed neatly in the lower border by John Jay, and countersigned on the reverse by Lawrence and Lewis A. Scott, the Secretary of State of New York. Impressively displayed in a shadowbox frame with an encapsulated original state seal of New York to an overall size of 20.25 x 21.5; window to frame backing reveals reverse of document. In fine condition, with some staining from the impressive seal, not at all affecting the signature.