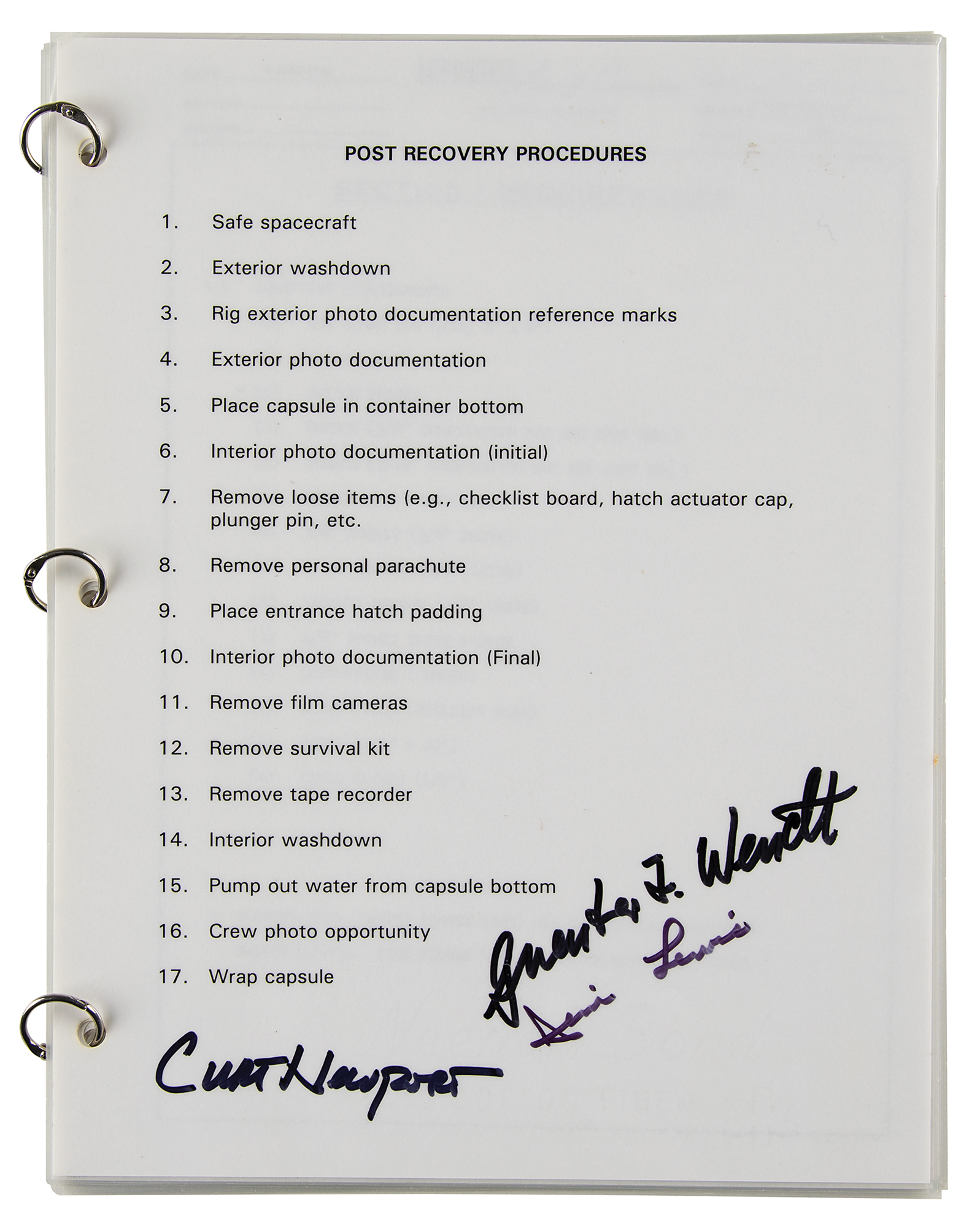 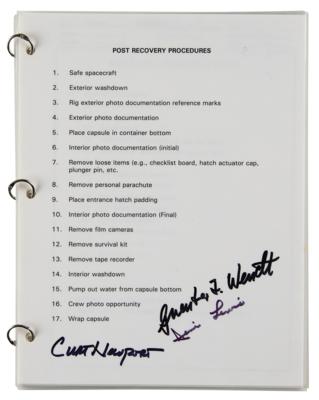 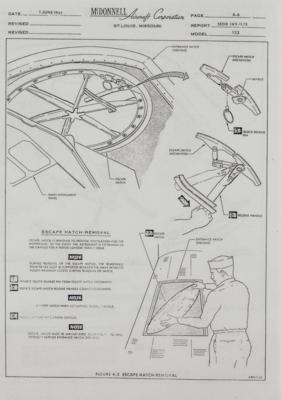 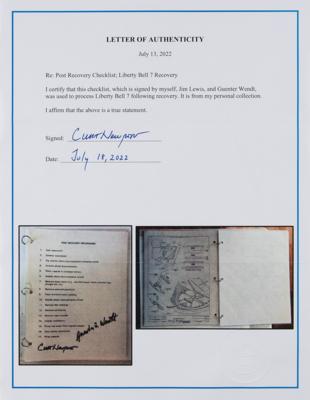 Ring-bound laminated “Post Recovery Procedures” checklist that was used during the processing of the Liberty Bell 7 spacecraft following its recovery in July 1999. The manual is signed on the front cover in black felt tip by Guenter Wendt, the longtime NASA pad leader, Jim Lewis, the helicopter recovery pilot of the Liberty Bell 7, and Curt Newport, the team leader of the Liberty Bell 7 Recovery Expedition that found and retrieved the Mercury-Redstone 4 capsule from the ocean floor on July 20, 1999. The checklist, 8.5 x 11, consists of nine photocopied pages from the original McDonnell Aircraft recovery book, dated June 1, 1961, which features a list of equipment requirements, as well as several step-by-step illustrations of how to remove the parachute, the instrument panel, the escape hatch, and more. In fine condition. Accompanied by a signed letter of authenticity from Newport, who states: “I certify that this checklist, which is signed by myself, Jim Lewis, and Guenter Wendt, was used to process Liberty Bell 7 following recovery. It is from my personal collection.”