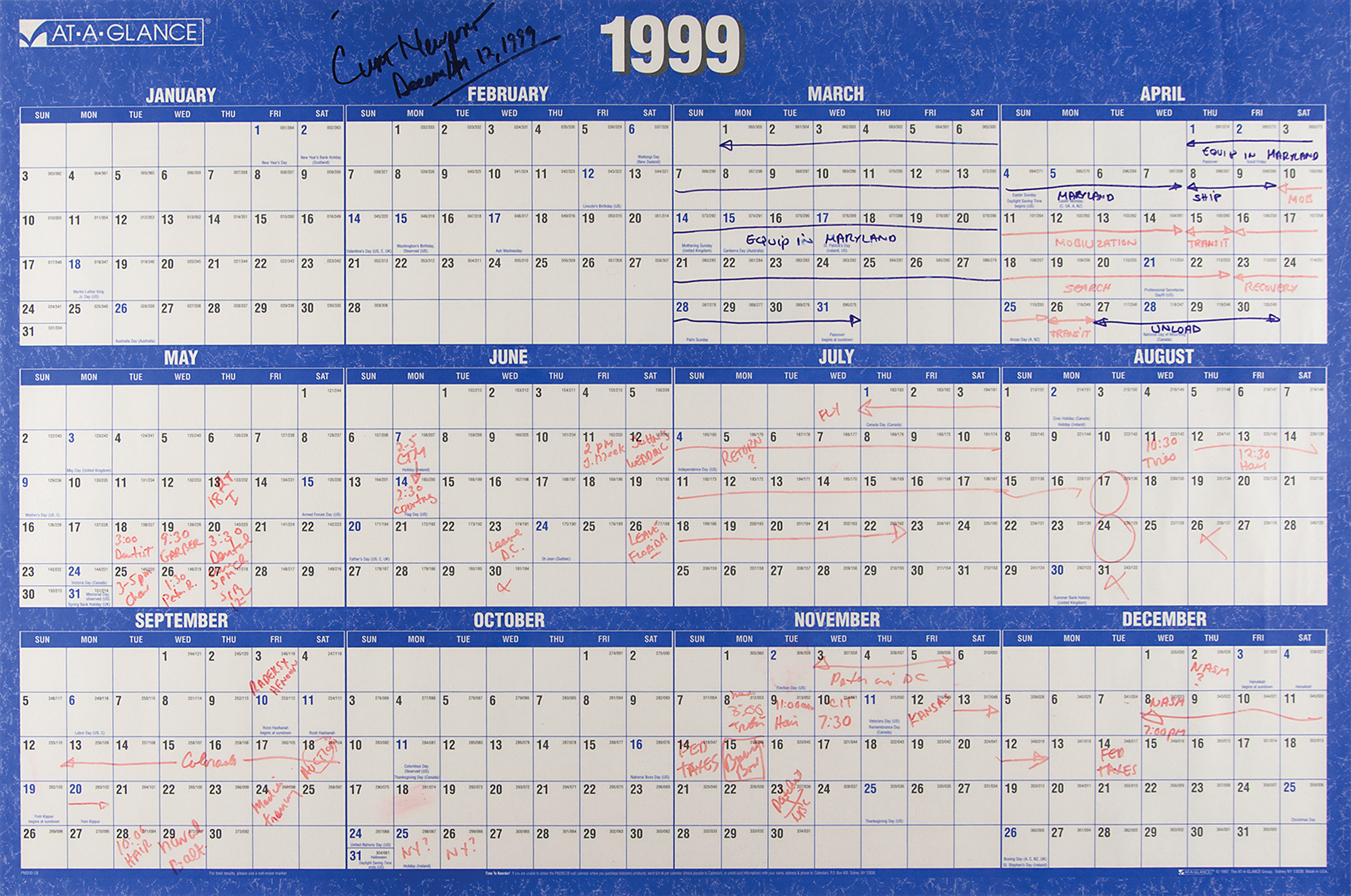 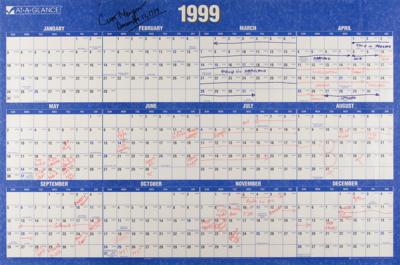 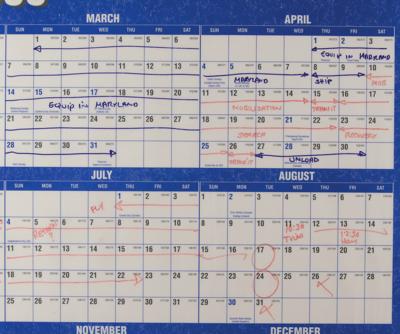 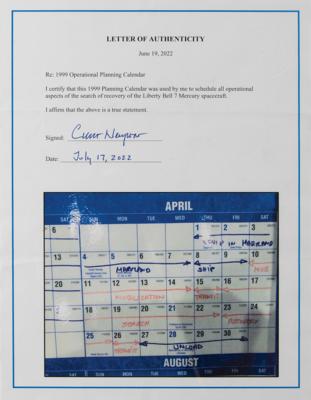 One-of-a-kind laminated 1999 planning calendar hand-annotated by Curt Newport as team leader of the Liberty Bell 7 Recovery Expedition. Newport used the calendar, 36″ x 24″, to schedule all operational aspects and logistics during the search and recovery of Gus Grissom’s submerged spacecraft from the 1961 Mercury-Redstone 4 mission. While January and February are empty, the entirety of March and the start of April were designated for “Equip in Maryland,” before the rest of April is marked with “Ship,” “Mobilization,” “Transit,” “Search,” “Recovery” and “Unload”; the Liberty Bell 7 was discovered by a Remote Operated Vehicle (ROV) on May 1st, but it was not actually retrieved from Blake’s Basin until July 20th. The full month of July is marked through with an arrow, with the 5th marked as “Return?” The upper border is signed in black felt tip, “Curt Newport, December 12, 1999.” Rolled and in fine condition.

Accompanied by a signed letter of authenticity from Newport, who states: “I certify that this 1999 Planning Calendar was used by me to schedule all operational aspects of the search and recovery of the Liberty Bell 7 Mercury spacecraft.”