Rare 1939 Mercury dime flown aboard the Liberty Bell 7, the only manned spacecraft to be lost at sea 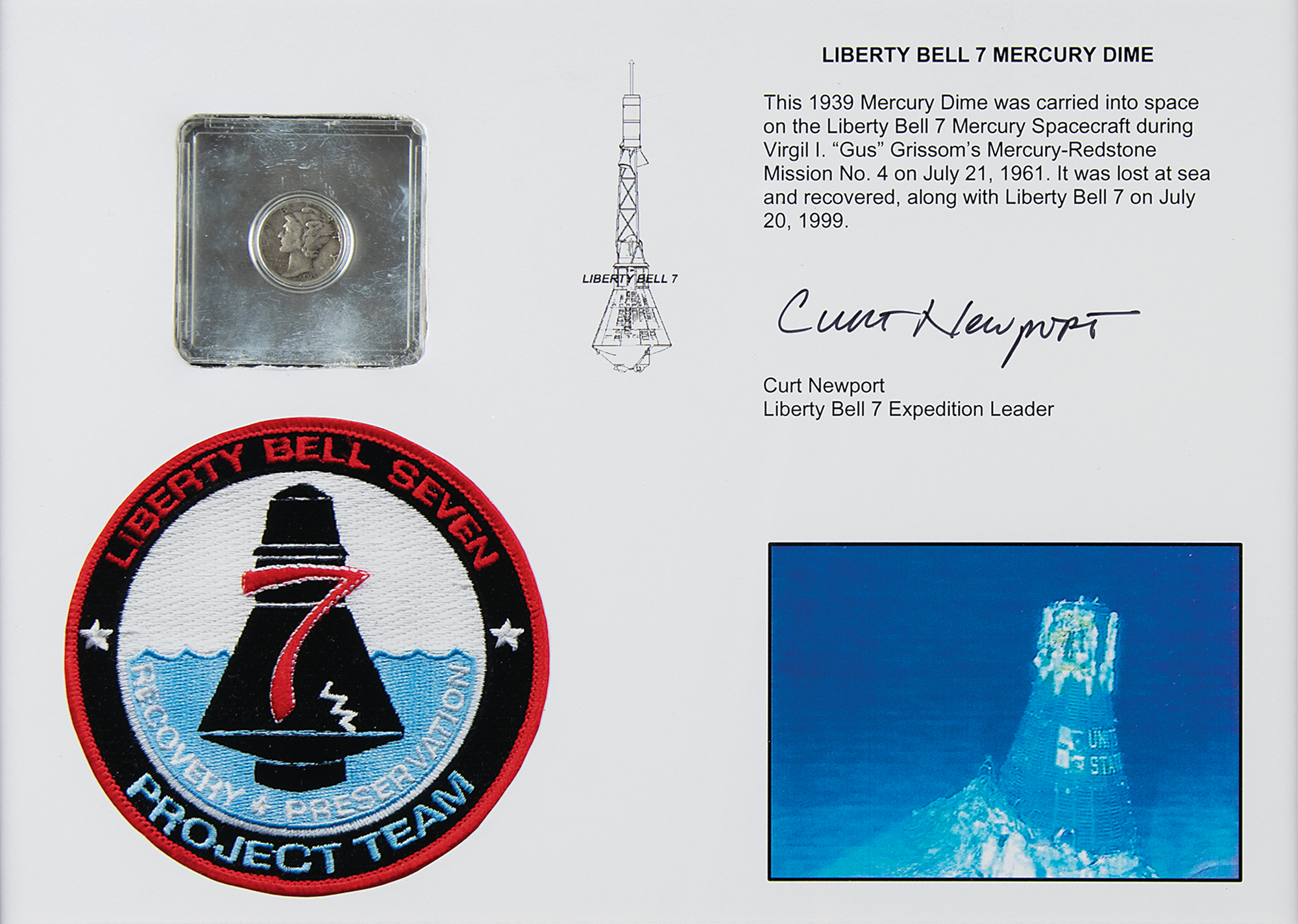 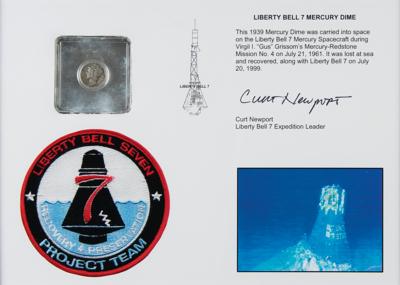 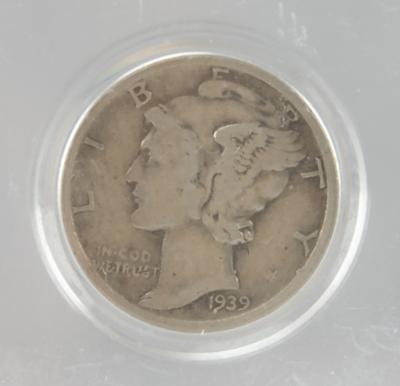 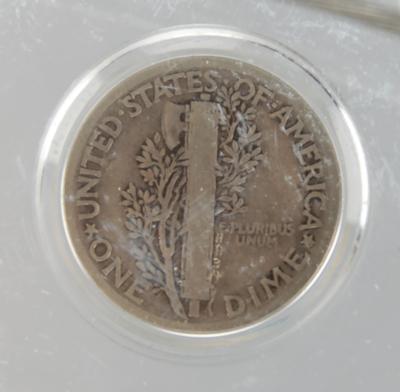 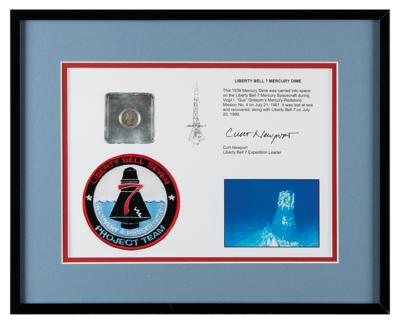 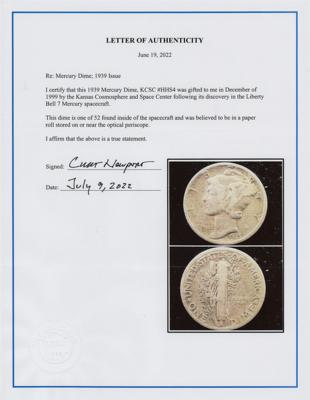 Rare 1939 Mercury dime flown aboard the Liberty Bell 7, the only manned spacecraft to be lost at sea

Flown 1939 Mercury dime, one of 52 ten-cent coins that were carried aboard the Liberty Bell 7 with astronaut Gus Grissom during the Mercury-Redstone 4 mission and recovered from the bottom of the Atlantic Ocean 38 years after splashdown. The coin is encapsulated, mounted, and displayed within a flight-certified presentation sheet signed in black felt tip by Curt Newport, the team leader of the Liberty Bell 7 expedition team, who states: “This 1939 Mercury Dime was carried into space on the Liberty Bell 7 Mercury Spacecraft during Virgil I. ‘Gus’ Grissom’s Mercury-Redstone Mission No. 4 on July 21, 1961. It was lost at sea and recovered, along with Liberty Bell 7 on July 20, 1999.” Double-matted and framed to an overall size of 15.25 x 12.5; window to frame backing reveals a back view of the coin.

There were two types of dimes carried on board the Liberty Bell 7 when it flew in 1961—Roosevelt and Mercury. Many of the Roosevelt dimes were carried with Grissom in his spacesuit. A total of 52 Mercury dimes are believed to have been stored in a small pouch on the back of the optical periscope. This pouch also contained Grissom’s post-flight checklist and a spiral-bound orbital chart of the Earth. When the capsule was lifted off the ocean floor, the periscope broke in half and spilled most of the Mercury dimes into the spacecraft’s interior. Seven of these Mercury coins were discovered by Newport and Max Ary, the President of KCSC, while the spacecraft was dewatered on the deck of the recovery ship in 1999.

Accompanied by a signed letter of authenticity from Newport, who states: “I certify that this 1939 Mercury Dime, KCSC #HHS4 was gifted to me in December of 1999 by the Kansas Cosmosphere and Space Center following its discovery in the Liberty Bell 7 Mercury spacecraft. This dime is one of 52 found inside of the spacecraft and was believed to be in a paper roll stored on or near the optical periscope.”

After unsuccessful attempts in 1992 and 1993, Oceaneering International, Inc. and a team led by Curt Newport lifted the Liberty Bell 7 from the Atlantic seabed and onto the deck of the recovery ship Ocean Project on July 20, 1999, the 30th anniversary of the Apollo 11 lunar landing. The spacecraft was found after a 14-year effort by Newport at a depth of nearly 16,000 feet, some 350 miles east-southeast of Cape Canaveral. Among the items found within were parts of the flight gear, several Mercury dimes, and five one-dollar bills, the latter taken to space to be souvenirs of the flight. The spacecraft was transported to The Cosmosphere in Hutchinson, Kansas, where it was disassembled and cleaned and is now on permanent display. This historic item holds the distinction of voyaging to the edge of space at an altitude of 118 miles and then sinking 16,000 feet to the bottom of the Atlantic Ocean in the only manned spacecraft to be lost at sea—all within a few hours span.