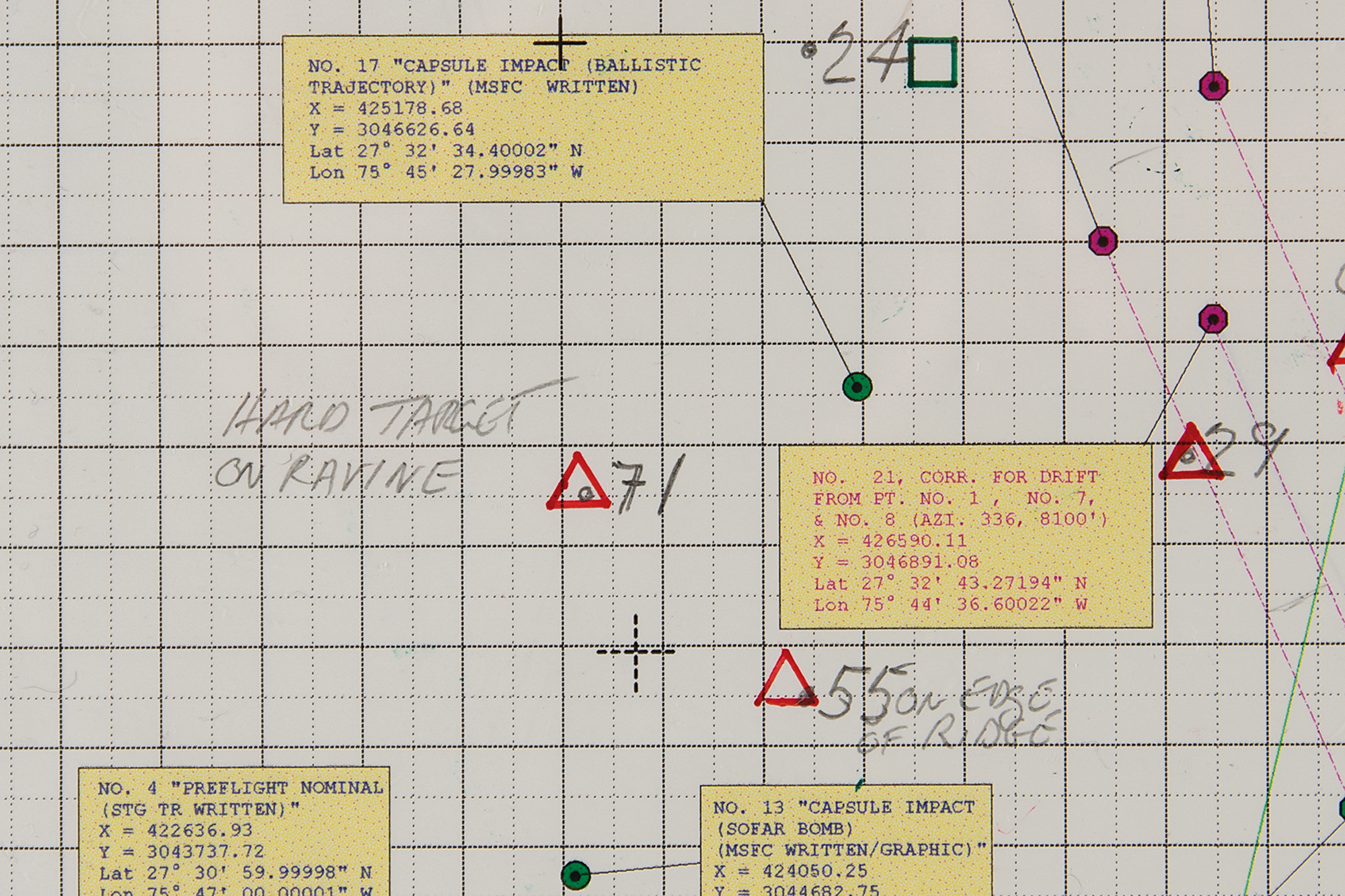 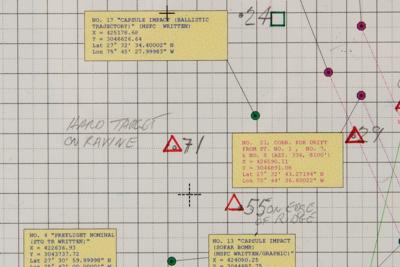 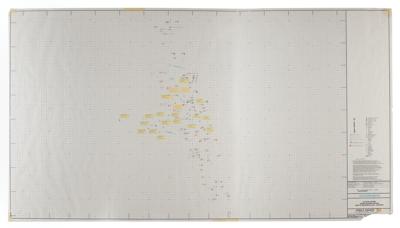 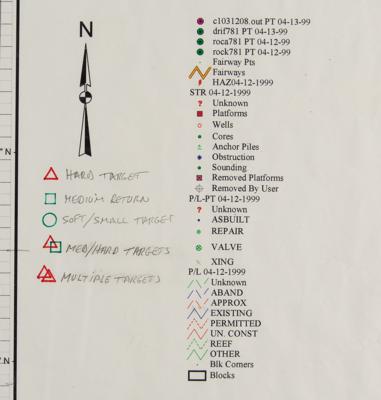 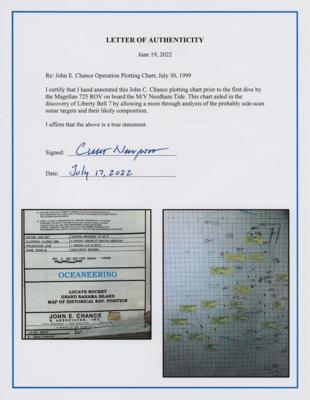 One-of-a-kind 1:40,000 scale dive planning chart hand-annotated by Curt Newport as team leader of the Liberty Bell 7 Recovery Expedition and featured in the Discovery Channel documentary ‘In Search of Liberty Bell 7.’ The large chart, 62.5″ x 34.75″, created by John E. Chance & Associates and marked in the lower right as “Oceaneering, Locate Rocket, Grand Bahama Island, Map of Historical Nav. Position,” represents the most important paper document created during the Liberty Bell 7 recovery expedition as it determined the location of the first dive of the Magellan 725 ROV, which subsequently led to the capsule’s historic discovery. The Liberty Bell 7 is identified on the chart as red triangle No. 71, “Hard Target on Ravine.”

The chart contains several layers of navigational data for 1961 pre-flight, 1961 post-flight, and the 1999 side-scan sonar targets. The boxes identifying the locations indicate from which NASA STG document the information derives, whether the data was numerical or graphical in nature, and the corresponding publication date. The critical characteristics of this chart are the color-coding and the shape of the symbols representing the 88 sonar targets identified by the Ocean Explorer 6000 sonar. Fifteen of these targets were deemed worthy of further investigation and grouped into three areas, each representing a dive evolution. The symbols and colors represent three categories of sonar contacts: singular hard target (red triangle), green square (multiple grouped contacts), and brown circle (soft targets). The filtering of the targets using this technique allowed the team to make operational decisions by comparing the sonar data against the estimated 1961 locations. Newport placed considerable weight on the FPS-16 radar location generated from the Grand Bahama Island tracking station because it was raw radar data and because he believed in the accuracy of this radar in the automatic beacon mode. Newport knew this because, before the search mission, he tracked down and interviewed the engineer who calibrated the radar before Grissom’s flight. Rolled and in very good to fine condition, with a missing lower right corner, and some small tears, creases, and tape remnants to edges.

Accompanied by a signed letter of authenticity from Newport, who states: “I certify that I hand annotated this John E. Chance plotting chart prior to the first dive by the Magellan 725 ROV on board the M/V Needham Tide. This chart aided in the discovery of the Liberty Bell 7 by allowing a more thorough analysis of the probably side-scan sonar targets and their likely comparison.”