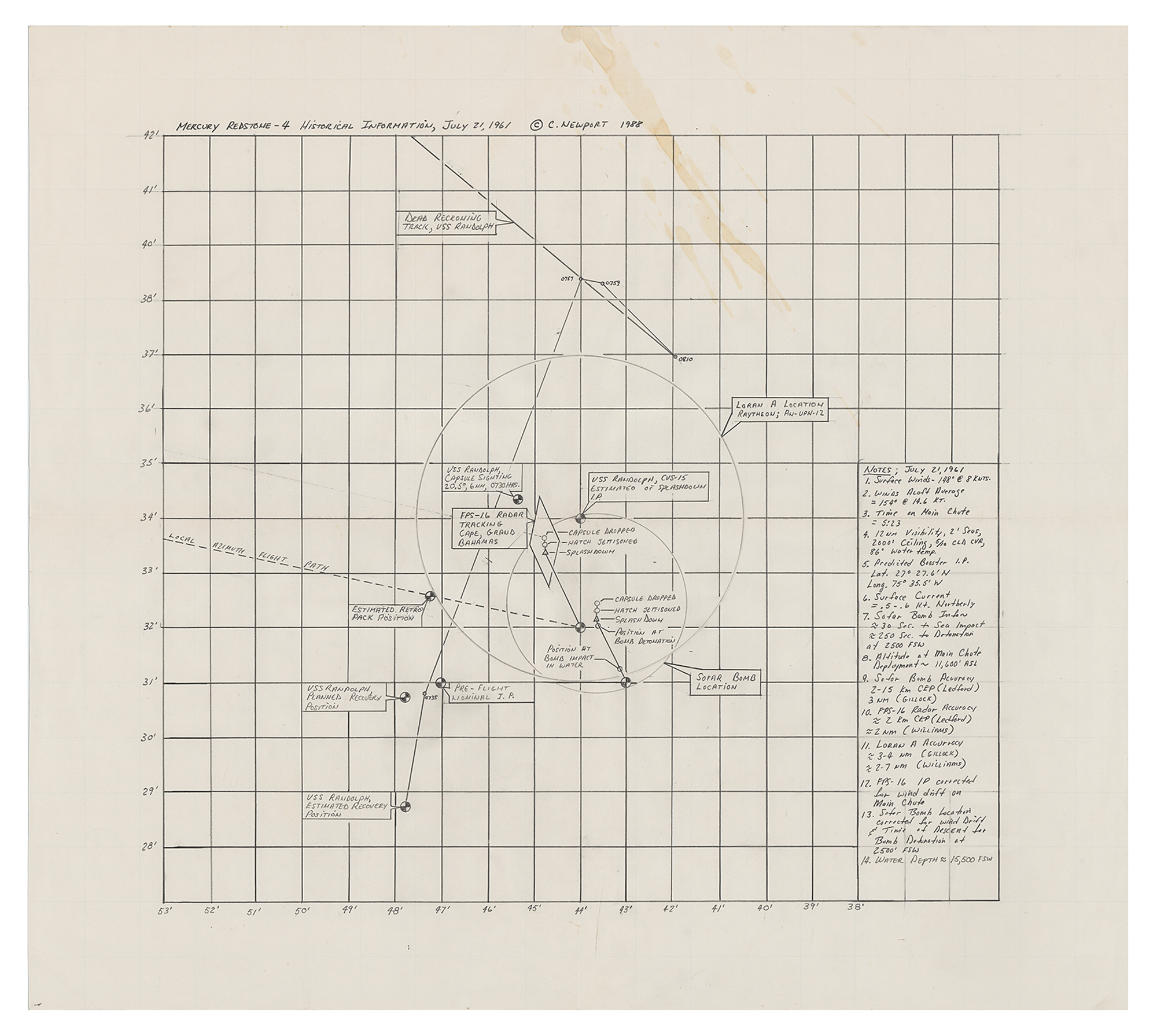 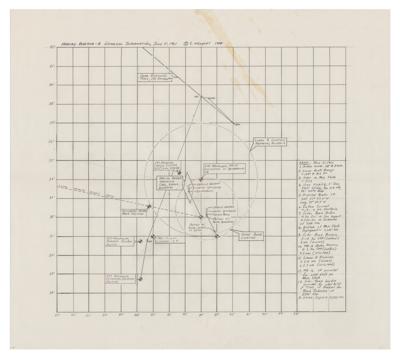 Hand-drawn plotting chart by Curt Newport, who created this navigational aid as team leader of the Liberty Bell 7 Recovery Expedition. The chart is accomplished in pencil on an off-white 20 x 18 sheet headed “Mercury Redstone-4 Historical Information, July 21, 1961, 0832.” The chart features a central circular area marked as “Loran A Location, Raytheon; AN-UPN-12,” inside of which are several plotting points, such as “Capsule Dropped, Hatch Jettisoned, Splashdown,” “Position at Bomb Detonation,” “Position at Bomb Impact in Water,” “USS Randolph Capsule Sighting,” “FPS-16 Radar Tracking Cape, Grand Bahamas,” and “USS Randolph, CVS-15, Estimated of Splashdown, I.P.” A smaller circle area below is marked “Sofar Bomb Location,” and Newport has made a list of 14 additional notes to the right side. The chart is copyrighted, signed, and dated in the upper border, “C. Newport 1988.” In fine, folded condition, with some light stains to the upper portion. Accompanied by a signed letter of authenticity from Newport, who states: “I certify that I created this original pencil-drawn navigational plotting chart in 1988 while researching the loss of Liberty Bell 7.”