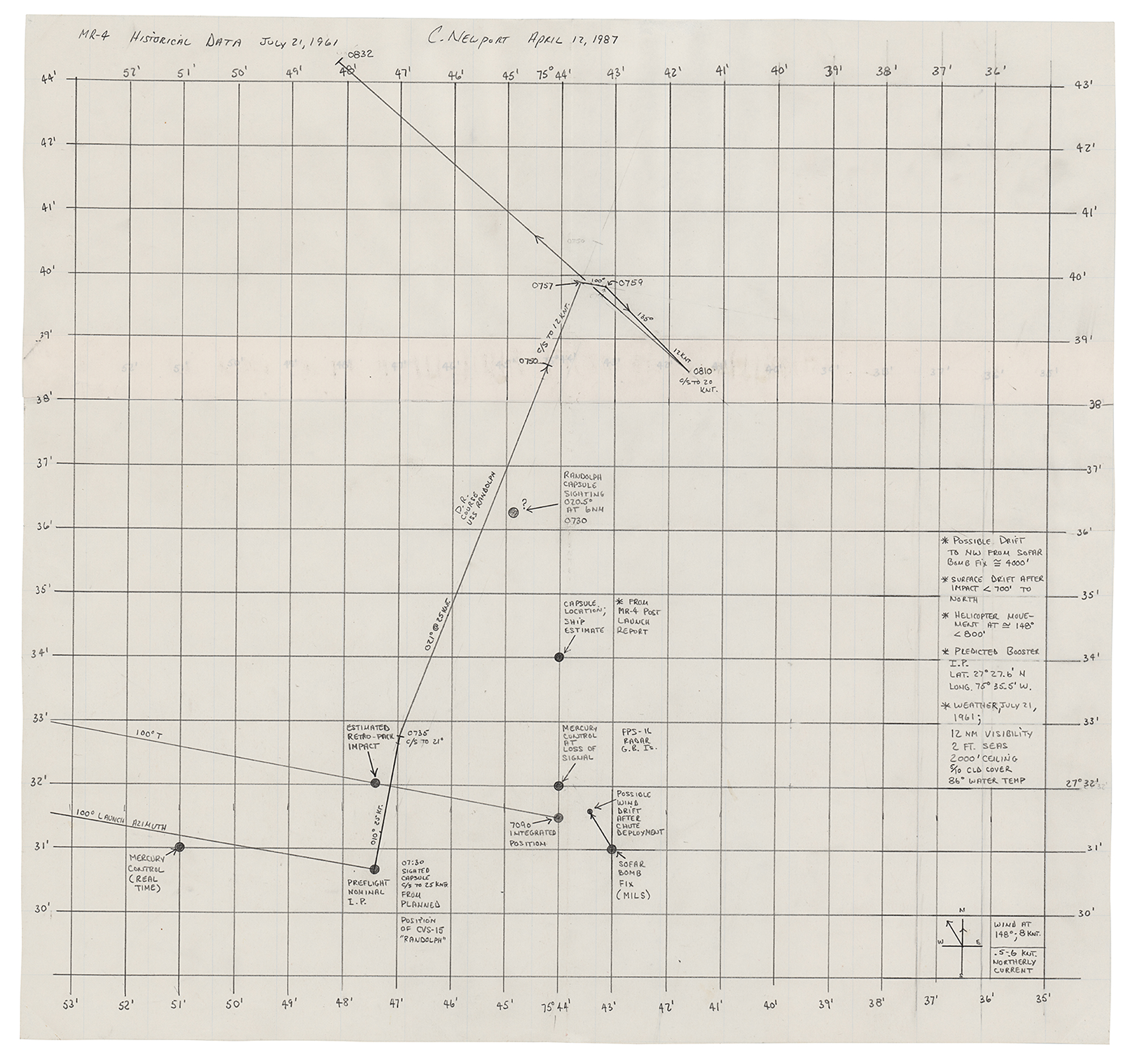 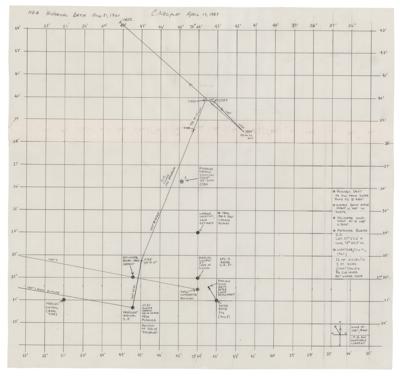 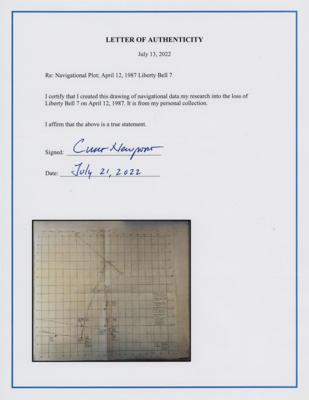 Fascinating hand-drawn plotting chart by Curt Newport, who created this navigational aid as team leader of the Liberty Bell 7 Recovery Expedition. Accomplished in pencil on an off-white 17 x 16 sheet, the chart is headed “MR-4 Historical Data, July 21, 1961, 0832" and features numerous plotting points for areas of interest, such as “Randolph Capsule Sighting,” “Capsule Location; Ship Estimate, *From MR-4 Post launch Report,” “Mercury Control at Loss of Signal,” “Possible Wind Drift After Chute Deployment,” “Estimated Retro-Pack Impact,” and “Sofar Bomb Fix (Mils).” Newport has made additional notes to the right side and signed and dated in the upper border, “C. Newport, April 12, 1987.” In fine condition. Accompanied by a signed letter of authenticity from Newport, who states: “I certify that I created this drawing of navigational date [for] my research into the loss of Liberty Bell 7…It is from my personal collection.”