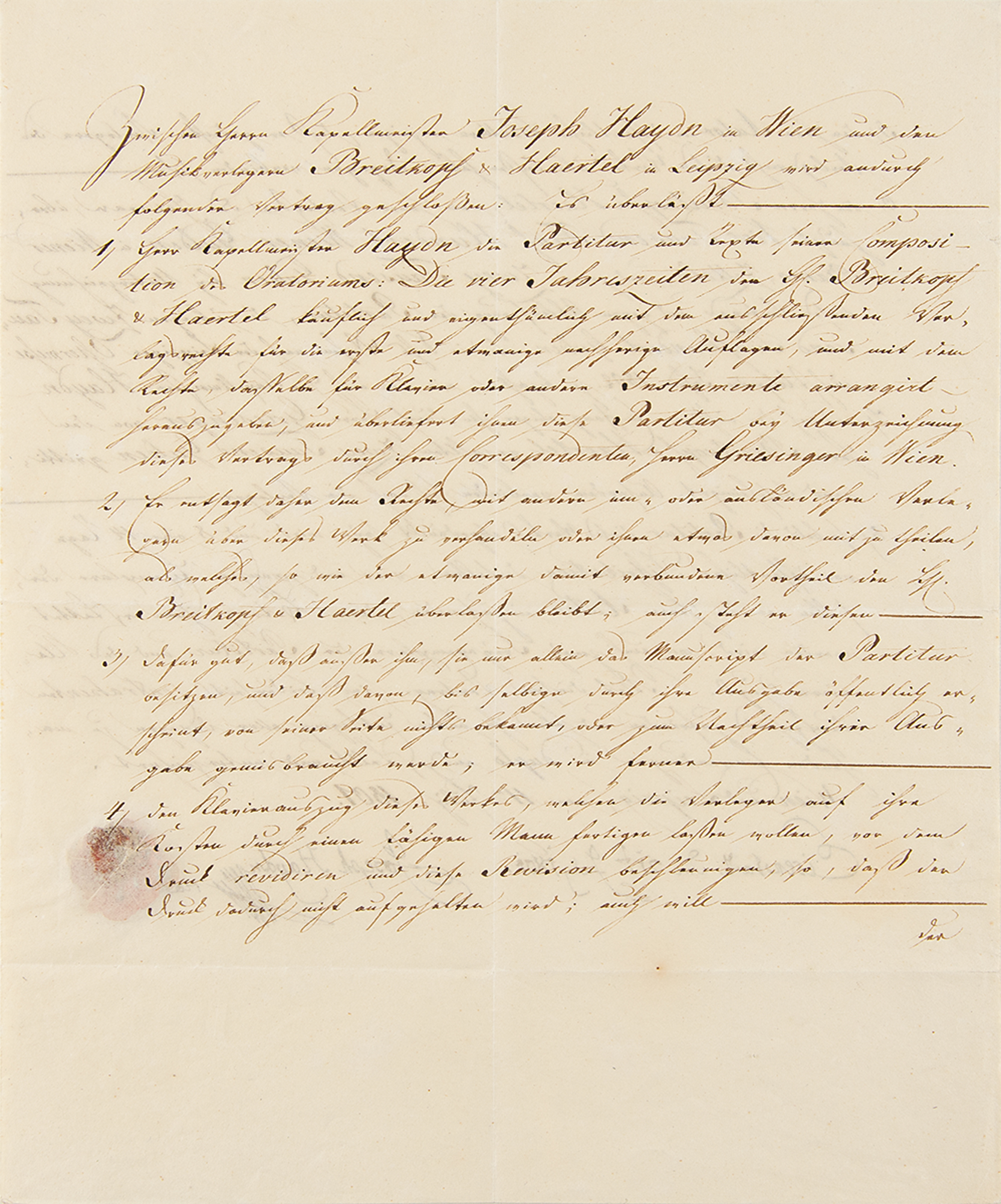 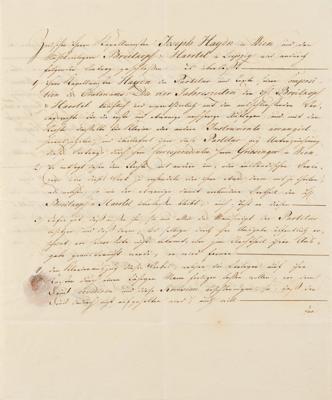 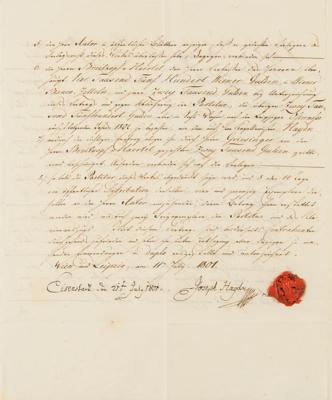 Excessively rare and extremely desirable manuscript DS in German, signed "Joseph Haydn," one page both sides, 8 x 9.75, July 21, 1801. Untranslated contract in which Haydn cedes publication rights to his oratorio 'The Seasons' to Breitkopf & Haertel. Haydn agrees not to sell the work to third parties or make it available to any third parties before publication. He also agrees to copyedit the proofs in due time and to publicly announce having transferred the said publishing rights. Breitkopf & Haertel agree to pay a total royalty of 4500 Viennese florins, 2000 of which are to be advanced at the time of undersigning. Beautifully signed at the conclusion by Haydn, who adds the place and date, "Eisenstadt 21st July 1801," affixing his monogrammed wax seal, impressed with the initials "JH," to the right of his signature. In fine to very fine condition.

After nearly five decades of prolific composition and relentless work, Haydn had solidified his place as one of the most important composers of all time, enjoying international renown and financial stability. Following the success of his 1798 oratorio, The Creation, he decided to write a second, The Seasons. After Baron Gottfried van Swieten prepared the libretto for it, Haydn began his composition; but with his health declining, he struggled to complete his work, turning the project into a two-year venture. The Seasons finally had its dual premiere (first for the aristocracy, then for the general public) in the spring of 1801, and received overwhelmingly positive reviews. By the time the production was finished, the aging musician found himself physically incapable of continuing his work and quickly assigned the new oratorio to his regular publisher, Breitkopf & Härtel, who released it in 1802. An outstandingly rare document from the prominent composer at the close of his distinguished career.