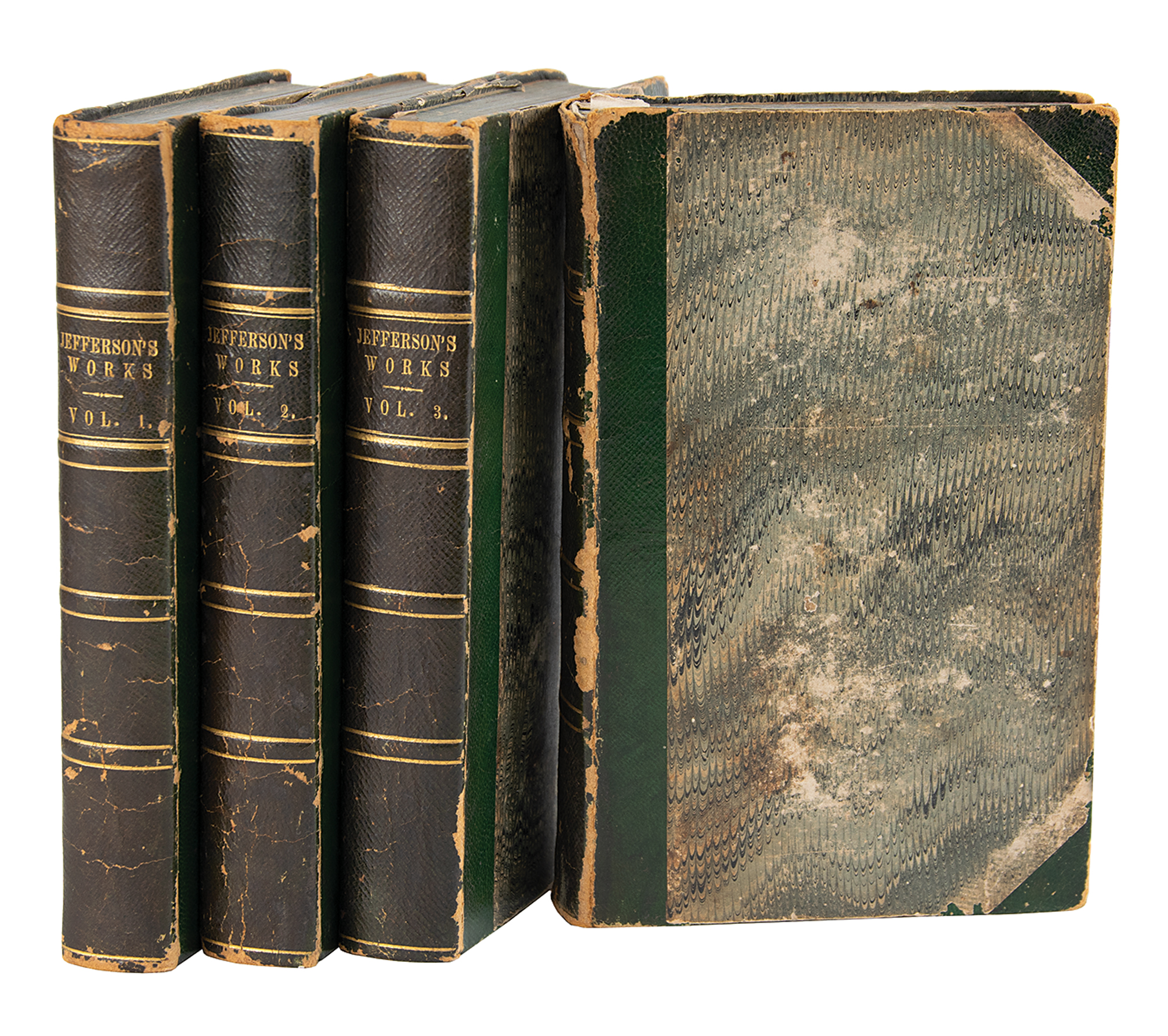 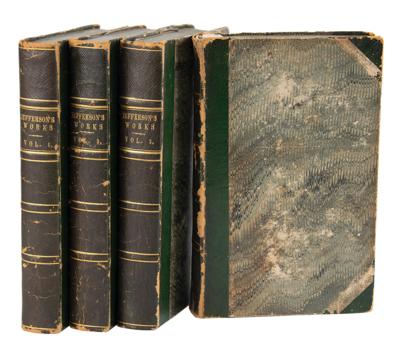 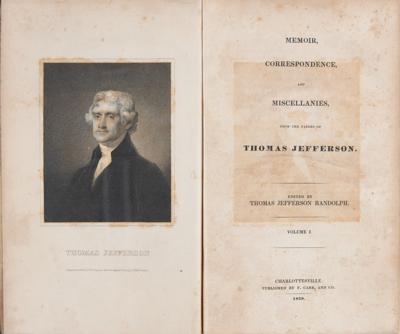 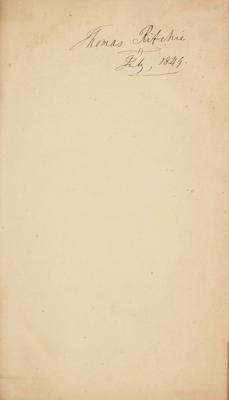 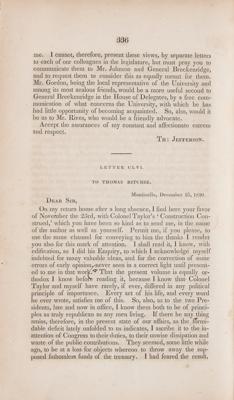 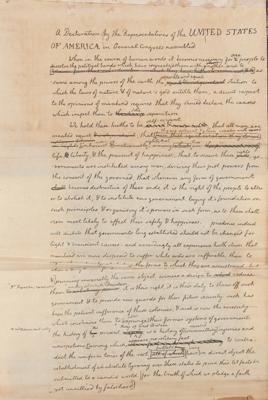 Four-volume set of The Writings of Thomas Jefferson, entitled ‘Memoir, Correspondence, And Miscellanies, From The Papers Of Thomas Jefferson,’ Edited by Thomas Jefferson Randolph. Early printing published in Charlottesville, Virginia, by F. Carr and Co., in 1829. Hardcovers half bound with green morocco leather and marbled boards and textblock edges, 5.75 x 8.5, 2017 total pages, with the first volume containing an engraved frontispiece of Gilbert Stuart’s portrait of Jefferson, and the fourth volume concluding with a four-page facsimile of Jefferson's rough draft of the Declaration of Independence. Opening pages of the third and fourth volumes bear the ownership signature of Richmond journalist and bookseller Thomas Ritchie. Book condition: G+/None, with wear and rubbing to boards and extremities, moderate mottled foxing throughout, and general overall wear.

Ritchie (1778-1854) bought the Richmond Enquirer in 1804 and ran it as editor and publisher for 41 years, helping make it one of the most influential newspapers of the early 19th century. In a letter to William Short, dated September 8, 1823, Jefferson stated, ‘I read but a single newspaper, Ritchie's Enquirer, the best that is published or ever has been published in America.’ Ritchie and Jefferson corresponded frequently, as is evidenced in Vol. 4 on page 336, with a letter sent by Jefferson to Ritchie on December 25, 1820, thanking him for sending him a copy of Taylor's Construction Construed.

The Memoir, Correspondence, and Miscellanies: From the Papers of Thomas Jefferson was the first publication of Thomas Jefferson's papers after his death, and the only one available until Henry A. Washington's edition was published in 1853-1854. It was initially published by F. Carr in Charlottesville in 1829, with subsequent editions published in London, Boston, and Paris. The documents included were selected, transcribed, and edited by Thomas Jefferson Randolph (Thomas Jefferson's oldest grandson), with the help of his mother and sisters, in an effort to take control of their grandfather's legacy and as a means to relieve some of the debt they'd been left with upon Jefferson's death. They were somewhat successful in the first endeavor and not very successful in the second. The Memoir contains only a tiny portion of Jefferson's total body of correspondence and other papers, and was carefully edited by his family to avoid controversial subjects; they also made occasional errors in their transcriptions.