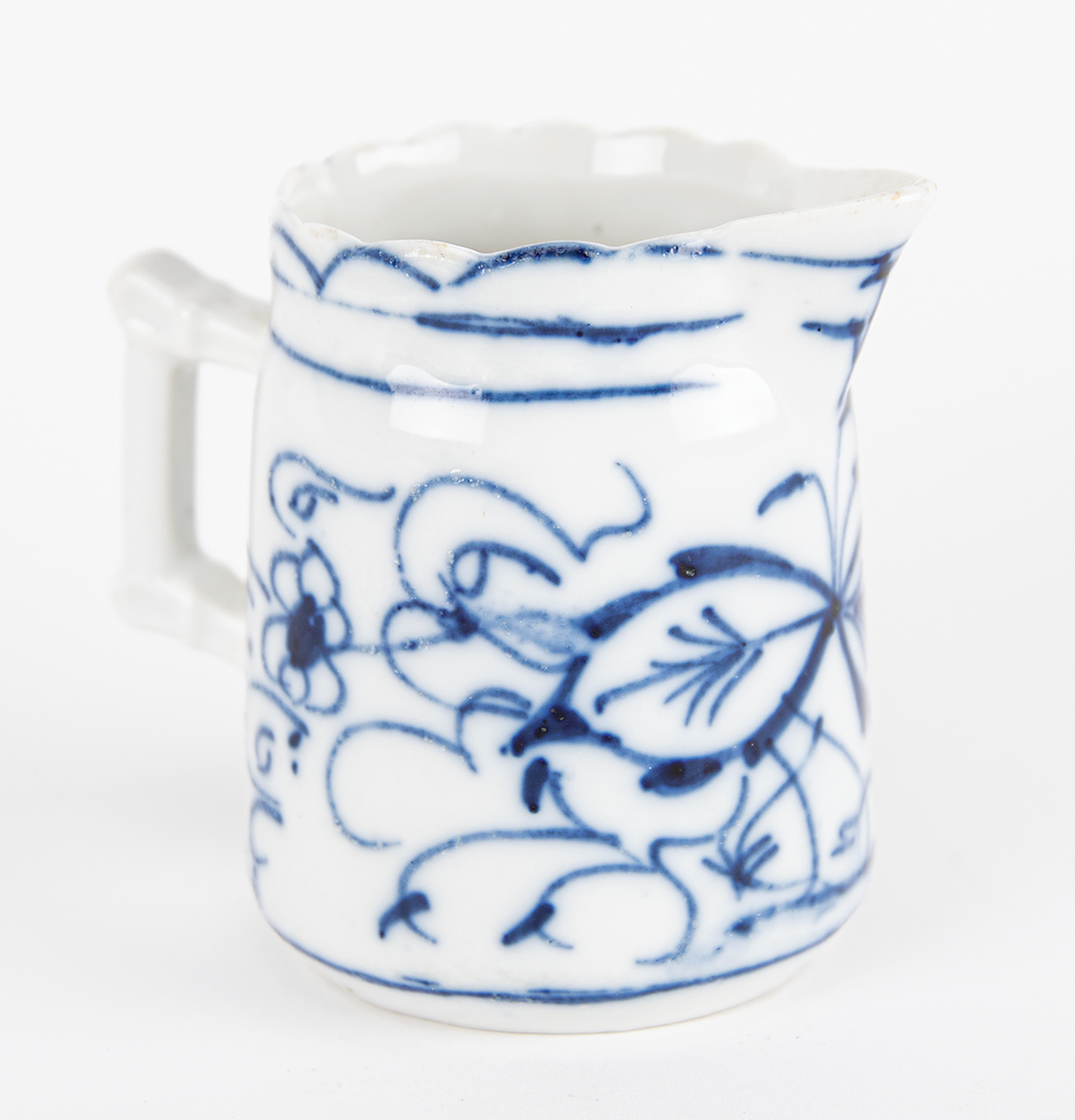 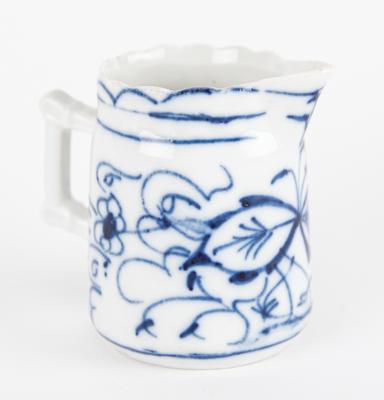 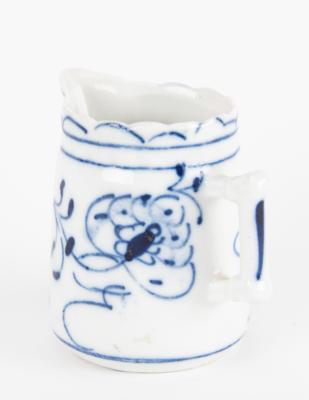 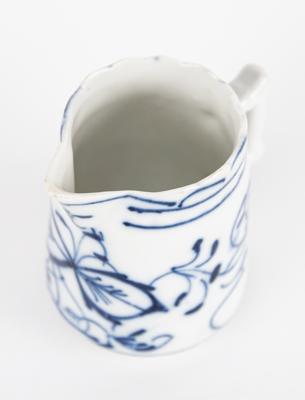 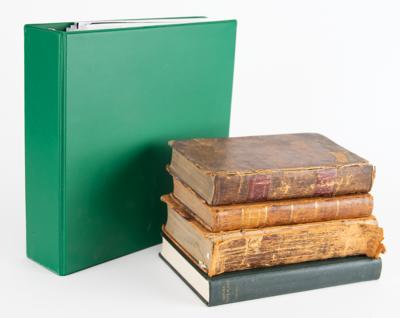 Unique porcelain creamer from Gen. George Washington's Headquarters at White Plains, New York, measuring approximately 3″ x 3″ x 2.5″, with an early handwritten tag, “This pitcher the last piece left Dinner Set, James & Rachel Miller, Bought 1790, Owner Washington’s Headquarters Valhalla, NY.” Descended from family of Ann Miller, whose home was used as Washington’s Headquarters in White Plains, NY in 1776 at the time of the Battle of White Plains. According to a 100-year old publication (page 42), the contents of the Miller house (including furniture used by Washington) were descended to Henrietta Miller Oakley, whose name appears on the handwritten document noted above. More recently acquired from the estate of Edwin J. Hipkiss, curator for the Boston Museum of Fine Arts from the 1920s through the 1950s (letter from estate included).

Includes detailed archives showing the provenance of the pitcher; early photo of the Miller House, which served as Washington’s Headquarters at White Plains 1776; bound pamphlet of Washington’s Headquarters circa 1920 (with enclosure “Program of Patriotic Exercises, October 27, 1917;” advertisement for the official New York State platter with illustration of the Old Court House in White Plains; Methodist Magazine (1819) (page 459) (original bound volume), which contains a “short account of Mrs. Ann Miller, of White-Plains, N. York” including the use of her house by Gen. Washington as his headquarters; John Rosch, Historic White Plains (limited edition, 1939) (discussion of Washington’s activities, Miller house and Miller family during the battle of White Plains in October 1776). Early accounts of the Battle of White Plains included in Stafford’s Gazeteer of the State of New York (Albany 1813), and Barber & Howe’s Historical Collections of the State of New York (1841) (early engraving of White Plains) - both vintage books included in the group.