"The men sit on the ground back up the hill as far as you can see," writes Wayne from his South Pacific USO tour, "The dark night will be broken by a match light or flash light" 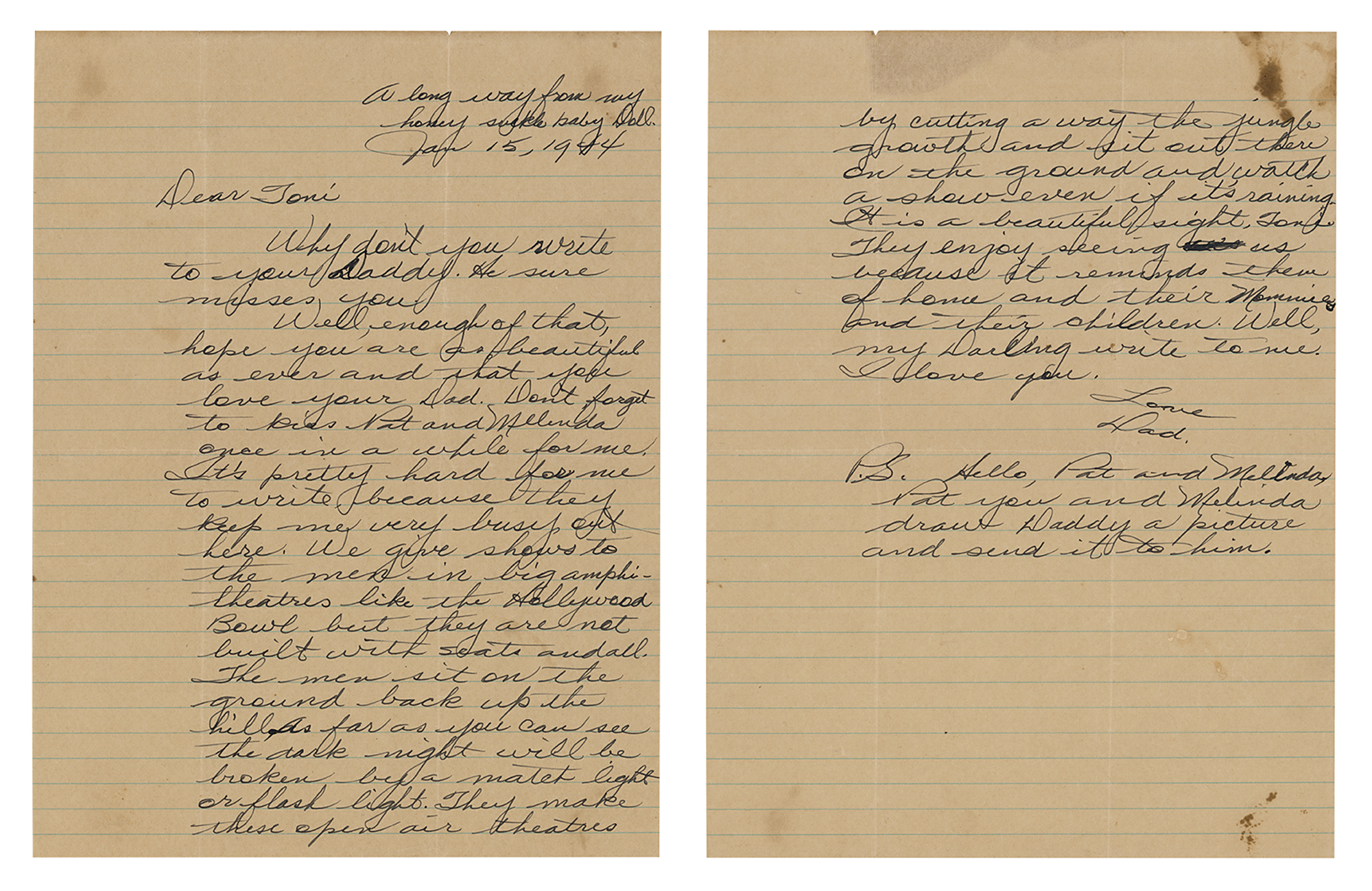 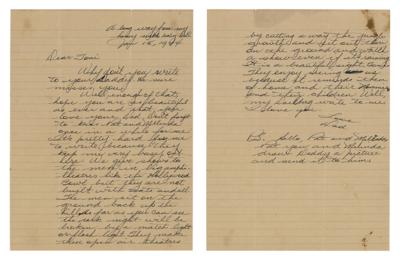 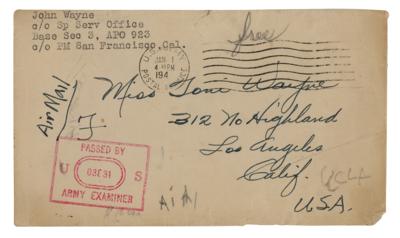 "The men sit on the ground back up the hill as far as you can see," writes Wayne from his South Pacific USO tour, "The dark night will be broken by a match light or flash light"

World War II-dated ALS signed “Dad,” two pages, 7.75 x 10.25, January 15, 1944. Handwritten letter from John Wayne to his daughter Toni, in full (spelling retained): “Why don’t you write to your Daddy. He sure misses you. Well, enough of that, hope you are as beautiful as ever and that you love your Dad. Don’t forget to kiss Pat and Melinda once in a while for me. It’s pretty hard for me to write because they keep me very busy out here. We give shows to the men in big amphitheatres like the Hollywood Bowl but they are not built with seats and all. The men sit on the ground back up the hill as far as you can see. The dark night will be broken by a match light or flash light. They make these open air theatres by cutting a way the jungle growth and sit out there on the ground and watch a show even if it’s raining. It is a beautiful sight, Toni. They enjoy seeing us because it reminds them of home and their Mommie and their children. Well, my Darling write to me. I love you.” Wayne adds a postscript: “Hello, Pat and Melinda. Pat you and Melinda draw Daddy a picture and send it to him.” Instead of writing his location on the first page, Wayne writes: "A long way from my honey suckle baby doll." In fine condition. Accompanied by the original hand-addressed mailing envelope, with the return address field reading, “John Wayne, ℅ Sp Serv Office, Base Sec 3, APO 923, ℅ PM San Francisco, Cal.”

Wayne traveled overseas on USO tours to the South Pacific and Australia for several months in late 1943 and early 1944. 'Along with other USO performers, he entertained troops from Brisbane, Australia, to New Britain and New Guinea. Often wearing a Colt .45 on his right hip, he signed autographs and talked with the troops, sitting up late into the night drinking their 'jungle juice' and swapping stories of the battlefront and the home front.'

This item is Pre-Certified by Beckett
Buy a third-party letter of authenticity for $100.00