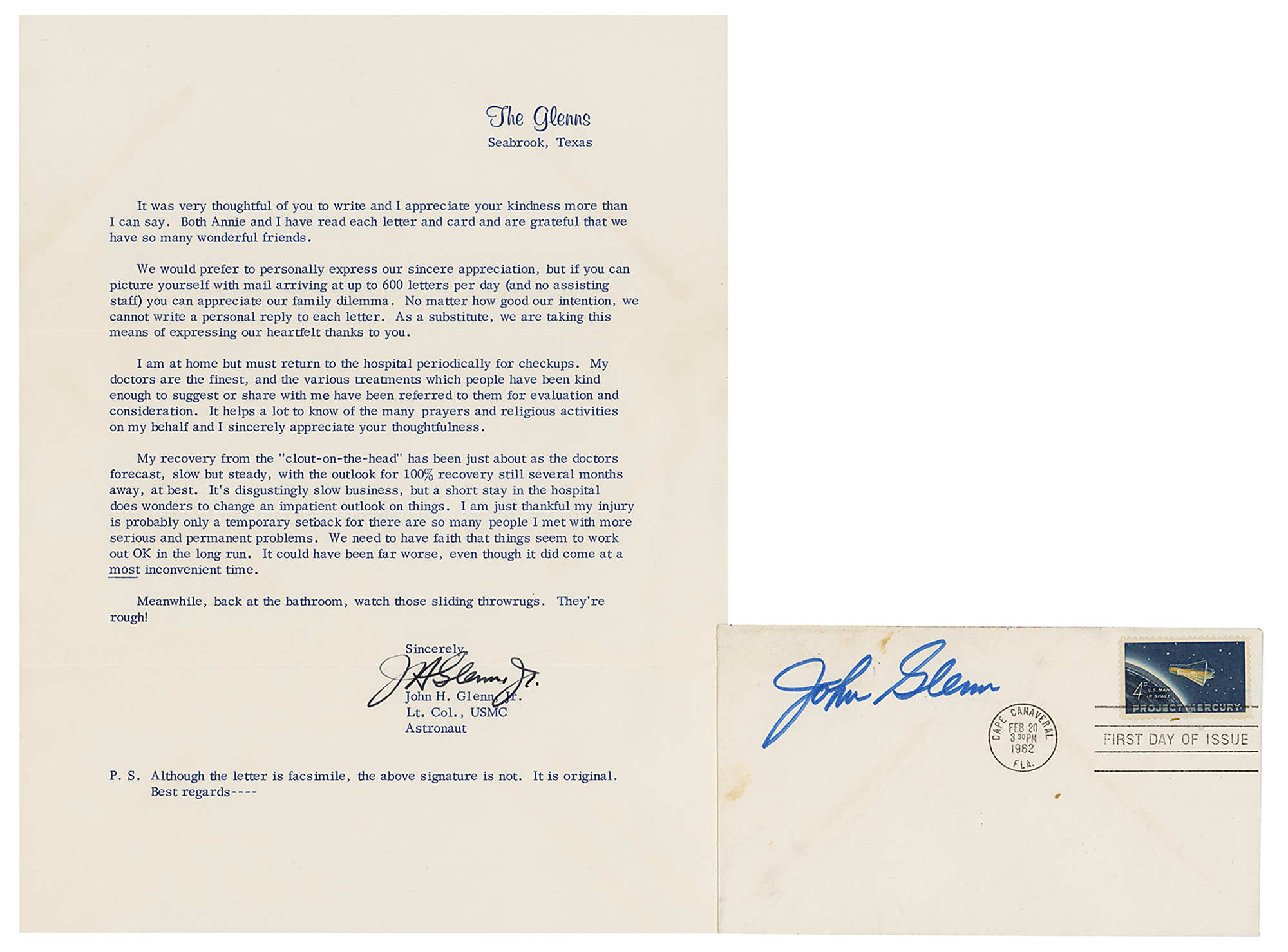 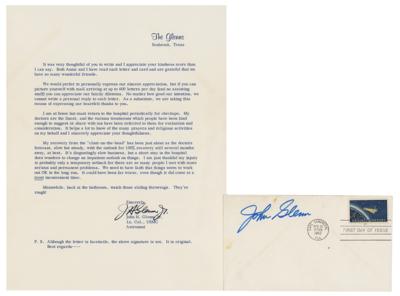 Two items: an FDC, postmarked on February 20, 1962, the date of the Mercury-Atlas 6 mission, the first American orbital spaceflight, signed in blue felt tip by its pilot, John Glenn; and a TLS, signed “J. H. Glenn, Jr.,” one page, 8.5 x 11, personal letterhead, postmarked April 21, 1964, in part: “I am at home but must return to the hospital periodically for checkups. My doctors are the finest…My recovery from the ‘clout-on-the-head’ has been just about as the doctors forecast, slow but steady, with the outlook for 100% recovery still several months away, at best…It could have been worse, even though it did come at a most inconvenient time. Meanwhile, back at the bathroom, watch those sliding throwrugs. They’re rough!” In overall fine condition. Accompanied by the original mailing envelope.

Glenn resigned from NASA on January 16, 1964, and announced his Democratic Party candidacy for the U.S. Senate from his home state of Ohio the following day, becoming the first astronaut-politician. In late February he was hospitalized for a concussion sustained in a fall against a bathtub while attempting to fix a mirror in a hotel room; an inner-ear injury from the accident left him unable to campaign. Both his wife and Scott Carpenter campaigned on his behalf during February and March, but doctors gave Glenn a recovery time of one year. Glenn did not want to win solely due to his astronaut fame, so he dropped out of the race on March 30th.