President Washington approves passage for "the Sloop called the George," bound for Demerara 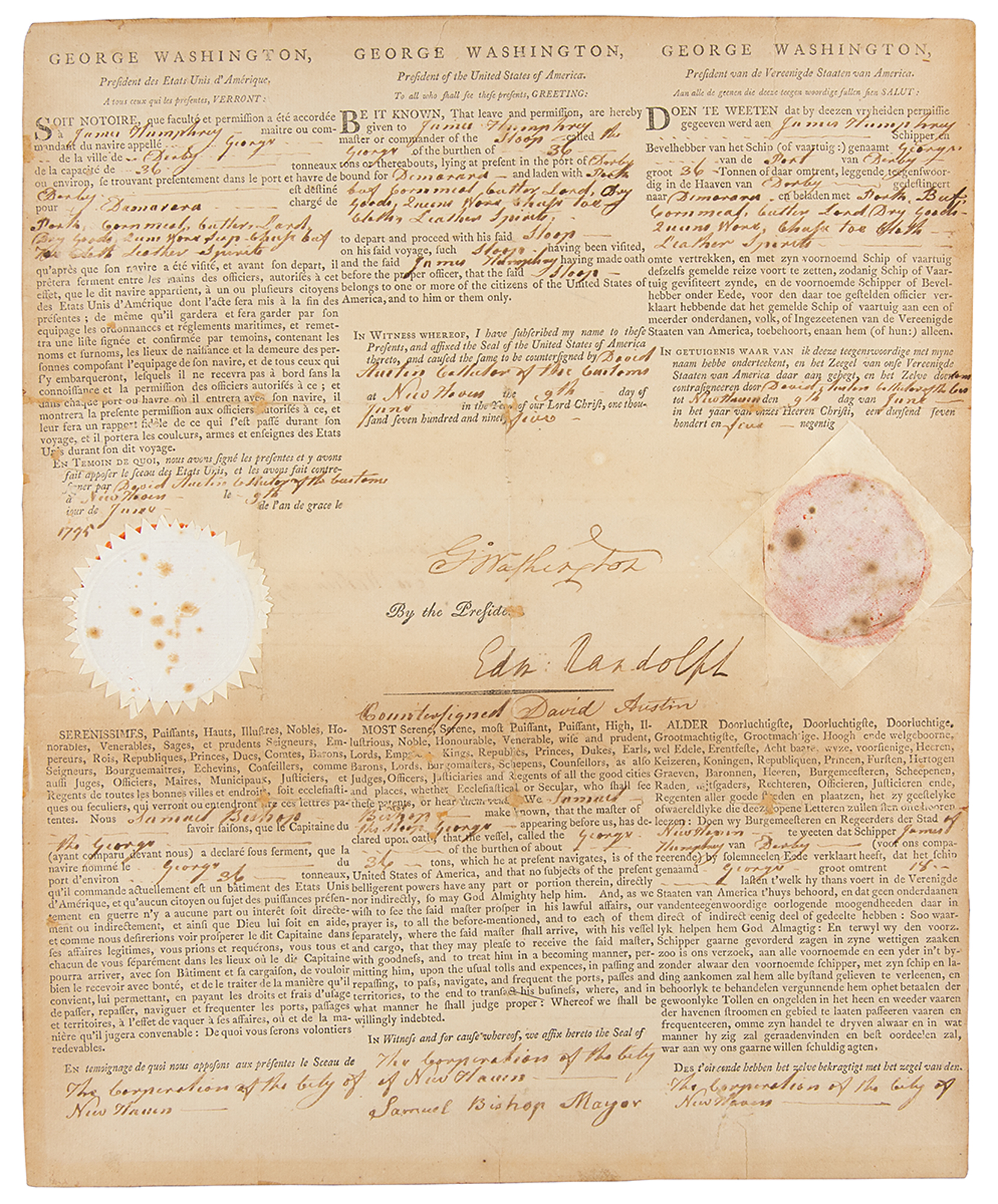 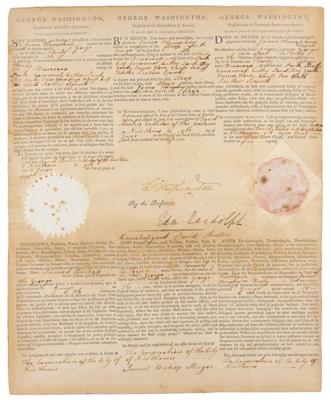 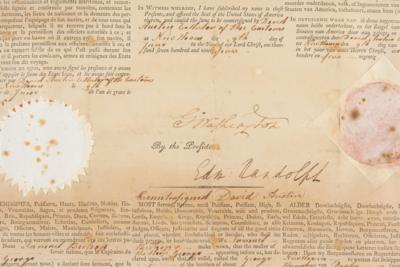 President Washington approves passage for "the Sloop called the George," bound for Demerara

Highly desirable partly-printed DS as president, signed “Go: Washington,” one page, 13 x 16, June 9, 1795. Three-language ship's papers issued to "James Humphrey, master or commander of the Sloop called the George…lying at present in the port of Darby, bound for Demerara, and laden with stock beef, cornmeal, butter lard, dry goods…clothing, leather, spirits.” Boldly signed in the center by President Washington and countersigned by Secretary of State Edmund Randolph. The embossed white paper seals affixed to the left and right sides remain intact. In very good to fine condition, with trimmed edges, stains to the seals, and small areas of paper loss repaired by complete backing.

When France declared war on England in February of 1793, the US was put in a precarious position, proclaiming neutrality but still formally allied with France under the treaty of 1778. Both sides harassed and seized American ships—especially those carrying provisions to colonial ports in British Guiana, where the George was bound. Used to establish proof of nationality and guarantee protection for ships, these documents were signed in bulk by Washington and Randolph, then forwarded to the collectors of customs at different ports for distribution. There, local officials would confirm the legitimacy of the vessels, their cargo, and their personnel.