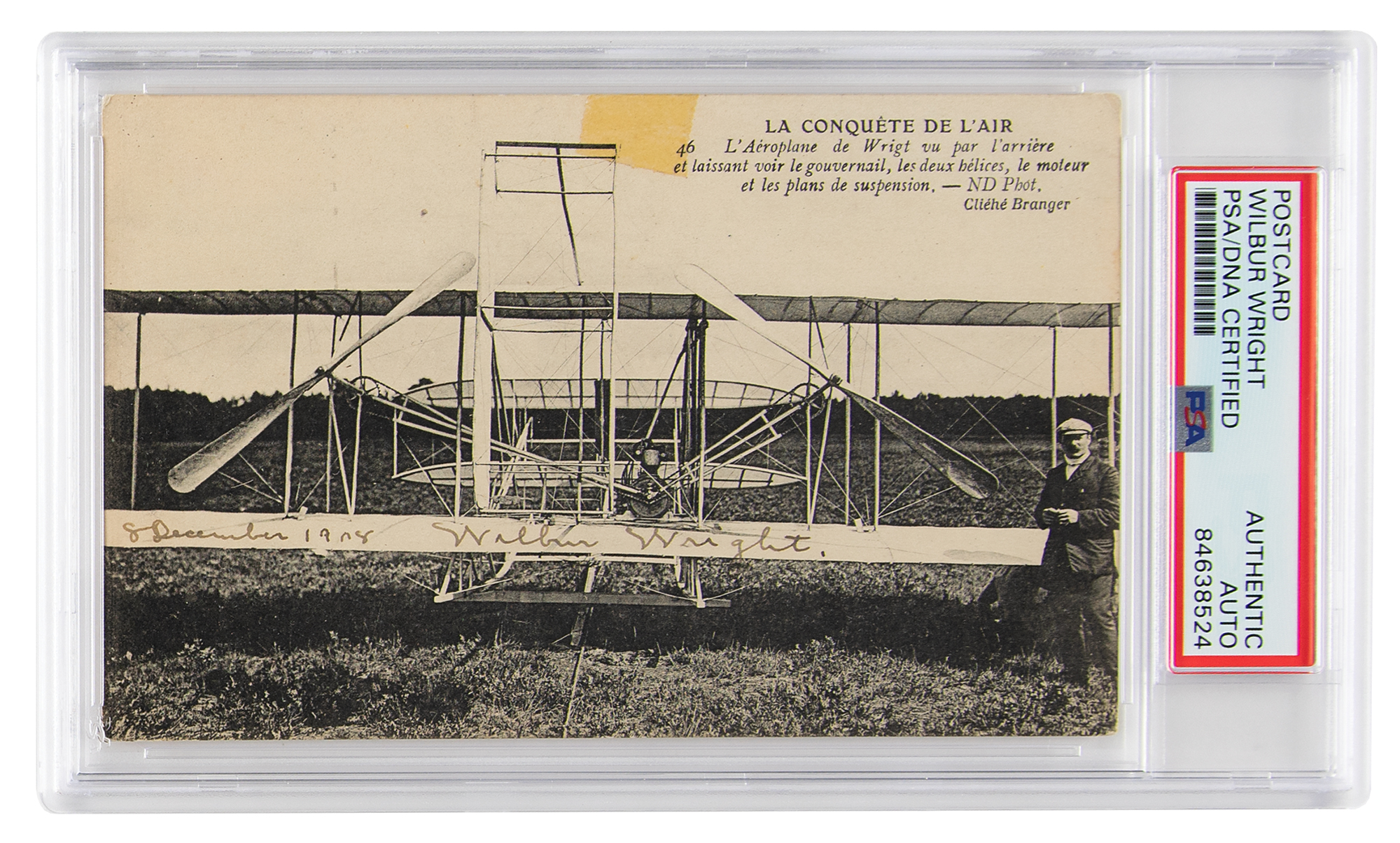 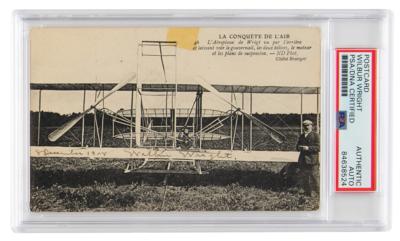 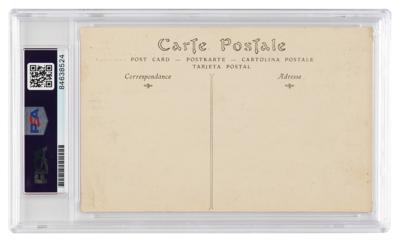 Highly sought French-language 5.5 x 3.5 postcard photo featuring an image of the Wright Flyer, signed along the bottom wing in fountain pen, “8 December 1908, Wilbur Wright.” A printed caption to the upper right reads (translate): “The Conquest of the Air / Wright's airplane seen from the rear showing the rudder, the two propellers, the engine and the suspension plans.” In fine condition, with a piece of old tape to the top edge. Encapsulated in a PSA/DNA authentication holder.

1908 was pivotal for the Wright Brothers, whose contracts with the U.S. Army and a French syndicate depended on successful public flight demonstrations. The brothers divided their efforts, with Wilbur sailing for Europe, and Orville presenting near Washington, D.C. Orville’s public showings were cut short following a disastrous crash at Fort Myer, Virginia, on September 17, which resulted in the death of his passenger, Lt. Thomas Selfridge—the first airplane fatality.

Undeterred, Wilbur’s record-breaking showcases in France simultaneously wowed spectators and stymied naysayers. On September 16, he set a new world record for distance and duration, flying 15.2 miles in 39 minutes, and later that day marked another first when he flew his first passenger, French balloonist Ernest Zens. He flew five test flights at Camp d'Auvours on October 5, and on December 8, he set a world endurance record of one hour and 31 minutes and 25 seconds over an estimated distance of 41 miles, a flight that won the Aero Club of France prize. On December 18, Wilbur flew his plane to an altitude of 115 meters (approximately 360 feet), setting a new altitude record, and on December 31st, he won the Michelin Prize of 20,000 francs for the longest flight of the year, which departed from Camp d'Auvours and lasted 2 hours, 18 minutes, and 53 seconds.