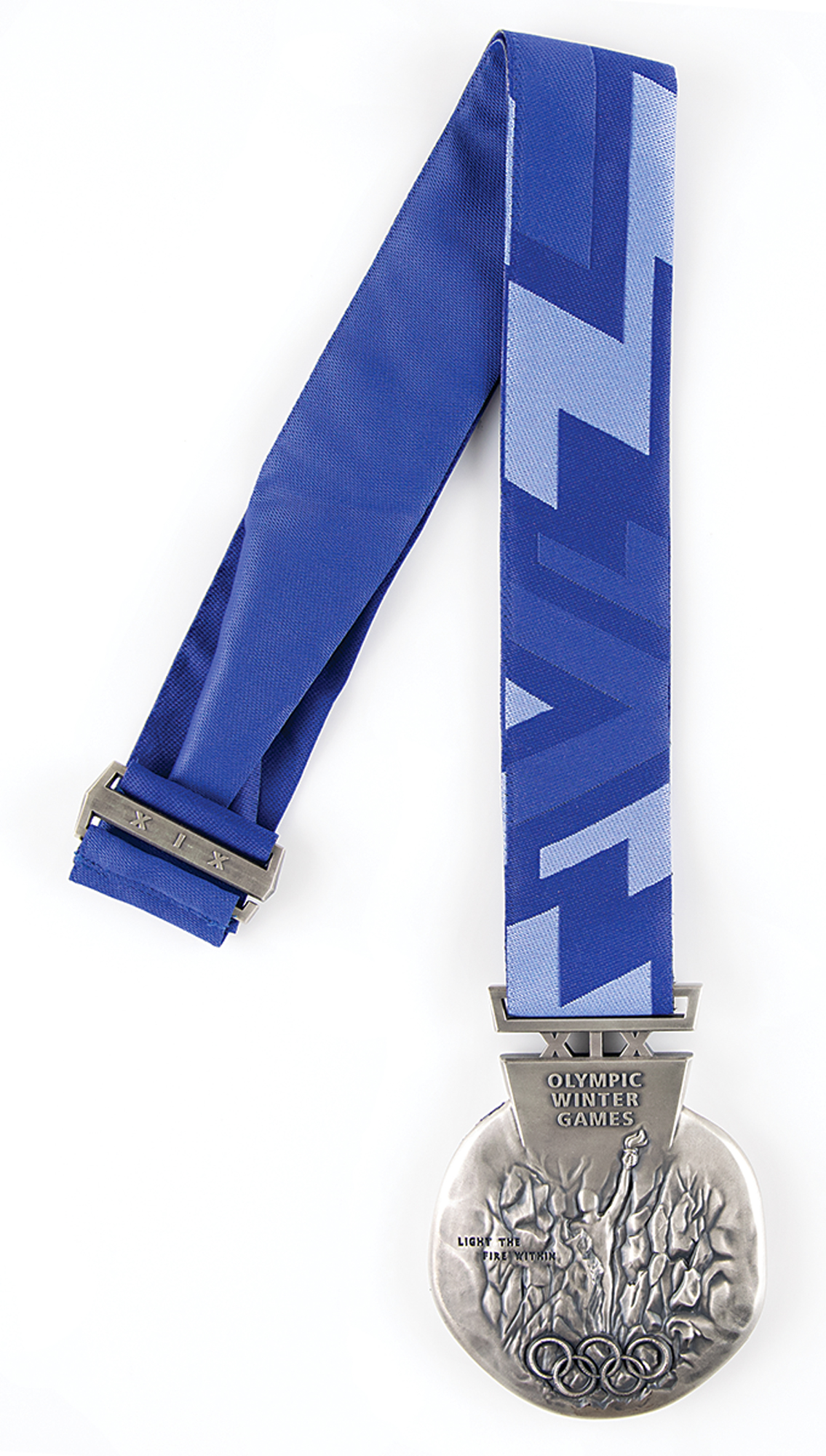 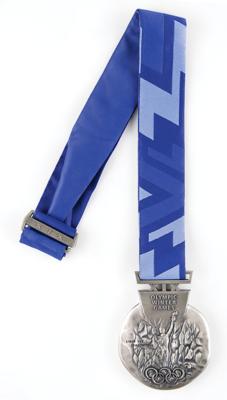 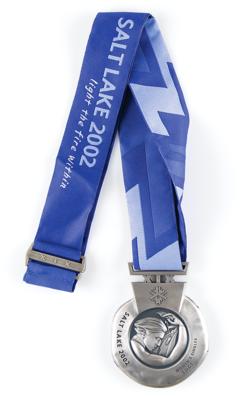 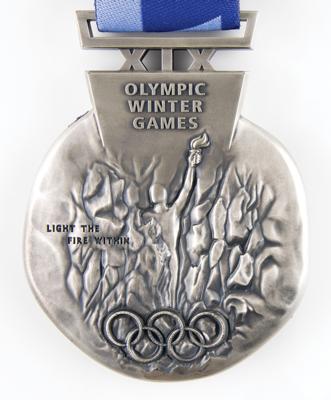 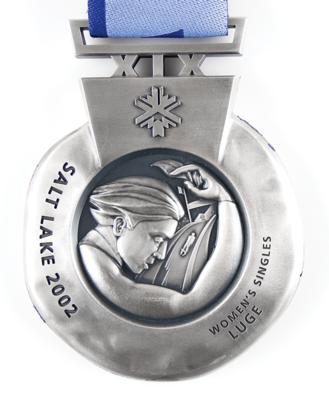 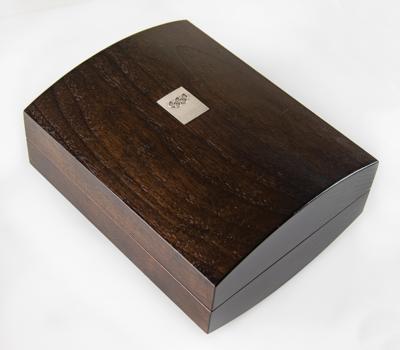 UPDATE: This medal is unawarded

Impressive unawarded winner’s medal issued for the Salt Lake City 2002 Winter Olympics. Silver, 80 mm x 101 mm, 475 gm, designed by Brent Watts, produced by O. C. Tanner. The front depicts a victorious athlete with raised torch emerging from a mountainous backdrop, with Olympic rings raised in relief below, with “Light the Fire Within” engraved to left side; the reverse features a central design of the Goddess Nike holding an olive leaf in front of a distant back-flipping skier, with the border bearing the Olympic emblem and engraved text, “Salt Lake 2002” and “Women's Singles, Luge.” The medal’s organic form, conceived as an imperfect circle, was designed to look as if the medal had been plucked from a Utah riverbed. Complete with its dark blue ribbon with embroidered lettering: “Salt Lake 2002, Light the Fire Within.” Includes its handsome dark wooden winner’s medal case.

Although past Olympic medals have featured pictograms of sports, the Salt Lake City medal was the first to feature the sport in a raised sculpted design. The medals of the Salt Lake Games were pressed with two million pounds of pressure and then finished by hand, with each medal taking about 20 hours to create, and the final result among the widest, thickest, and heaviest of all Olympic medals. Of the 861 medals produced for the 2002 games, 477 were awarded during the Olympics, with the rest made in the event of ties and for the International Olympic Committee to archive at its museum in Lausanne, Switzerland.