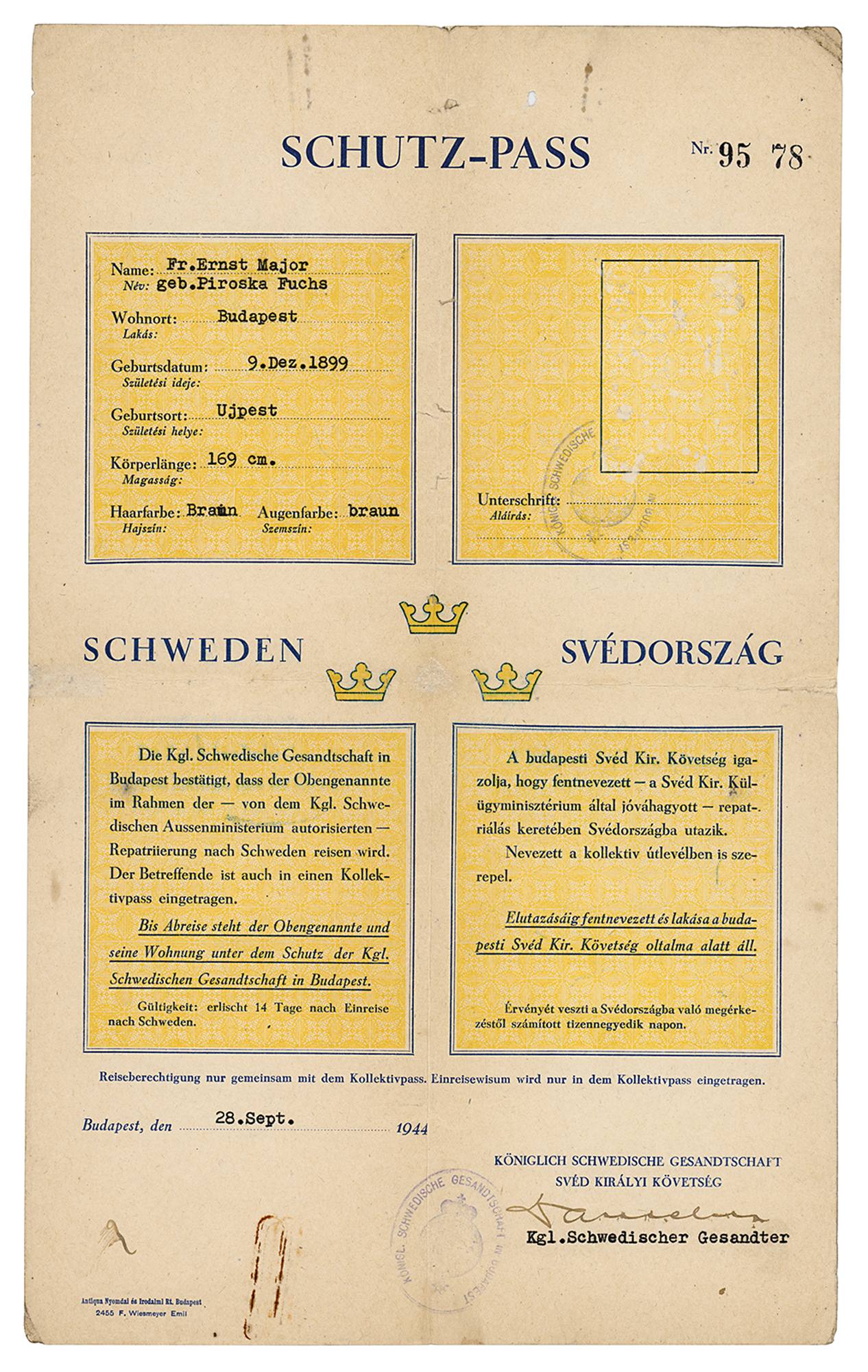 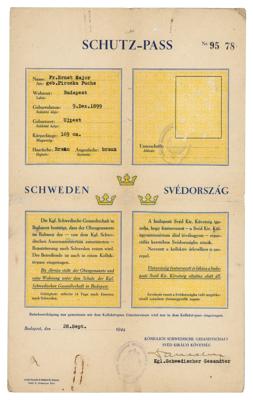 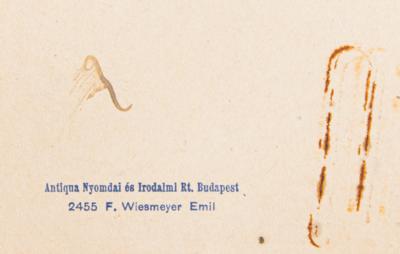 DS in German and Hungarian, quickly signed by Wallenberg with an ink scribble (as he commonly did on documents of this type), one page, 8.25 x 13.25, September 28, 1944. Blue and gold two-language Schutz-Pass issued to couple Fr. Ernst Major and Piroska Fuchs. Upper left provides the former’s personal information including his 1899 birth date, height, eye and hair color. The field to right, which would typically bear personal information like a signature and an affixed photograph, is empty. Bottom portion bears printed statements in German and Hungarian, hastily signed in the lower left corner by Wallenberg, and countersigned by Swedish Minister to Budapest, Carl Ivan Danielsson. In very good to fine condition, with repairs to the back of the intersecting folds, a small hole to the top blank area, and two rusty paperclip impressions. A similar example of Wallenberg's rushed signature can be found in the book Fleeing from the Fuhrer by William Kaczinski and Charmian Brinson.

Wallenberg arrived in Hungary in July 1944 as the country's Jewish population was under siege. Nearly every other major Jewish community in Europe had already been decimated, and the Nazis were dispatching more than 10,000 Hungarian Jews to the gas chambers daily. With time of the essence, he devised and distributed thousands of these 'Schutz-Passes'—official-looking, but essentially invalid, Swedish passports granting the Hungarian bearer immunity from deportation. Nazi officials readily accepted the paperwork.

Thus, with his simple, nondescript scribble on this offered page, Wallenberg saved the life of Ernst Major and Piroska Fuchs—just as he had done with tens of thousands of other Jews in Hungary. An announcement that any Jew, even those holding foreign citizenship, would be interred led to the urgency of Wallenberg's plan to save as many lives as he could. An important reminder of one heroic man's tireless efforts to outwit the Nazis and save countless lives.