Exquisite original watercolor of the 1956 Cortina 'ski jump' stamp, From the collection of the Nobel Prize-winning discoverer of cortisone 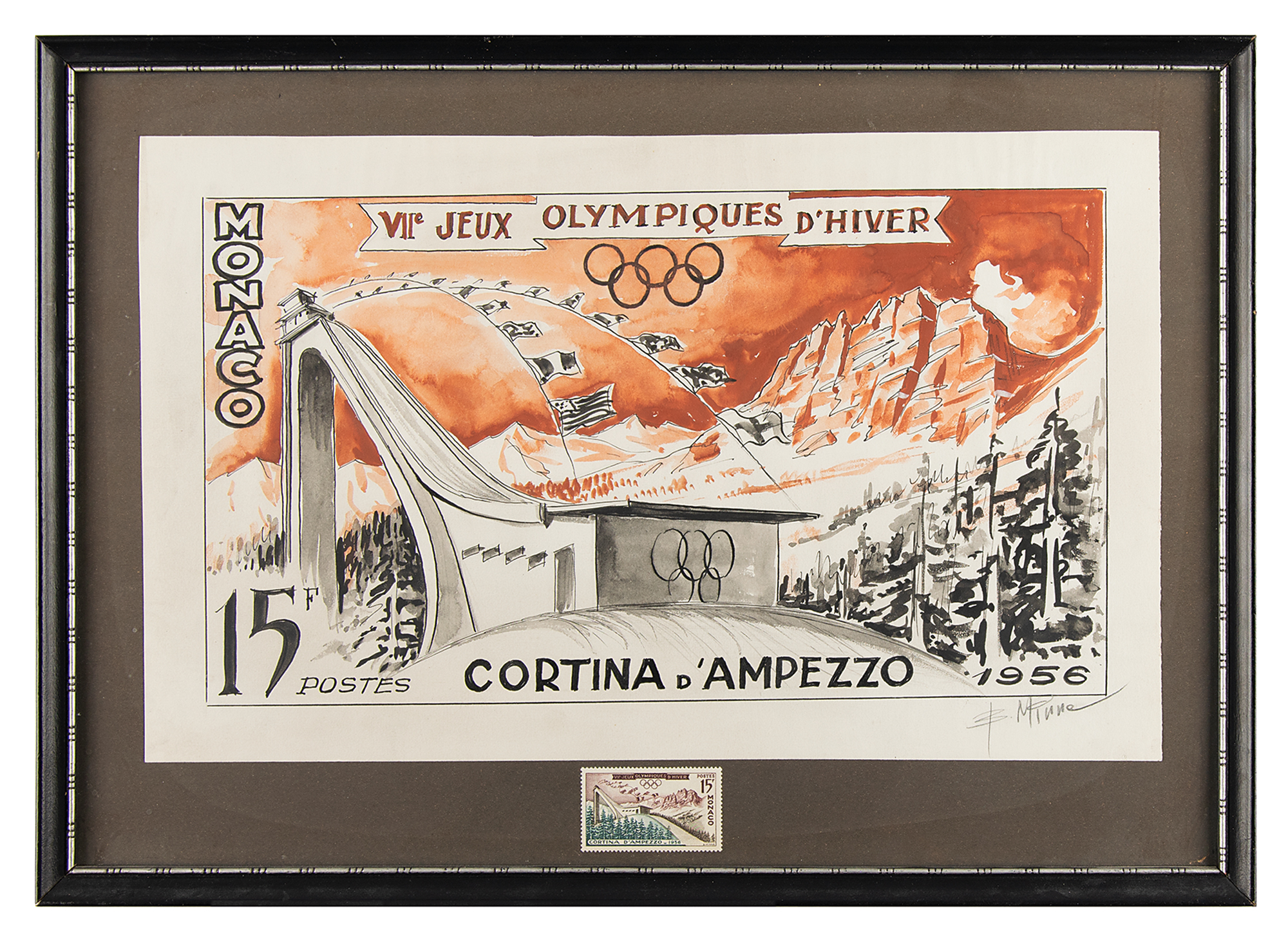 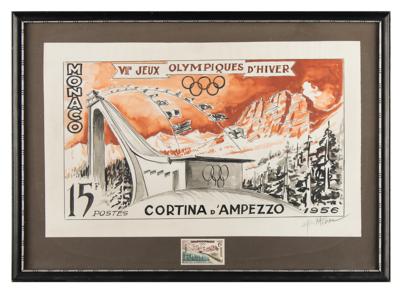 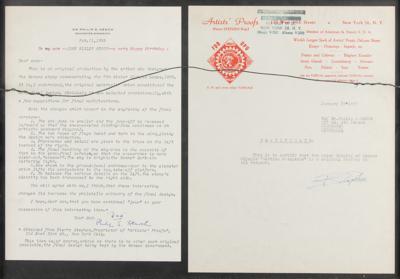 Exquisite original watercolor of the 1956 Cortina 'ski jump' stamp, From the collection of the Nobel Prize-winning discoverer of cortisone

Original painting of the official 15 Monegasque franc stamp commemorating the 1956 Winter Olympics held in Cortina d'Ampezzo, Italy. Accomplished in watercolor, ink, and graphite on an off-white 14.75 x 9 sheet by artist Bernard Minne, who has signed in the lower right corner in pencil, “B. Minne.” The work expertly depicts the iconic Trampolino Olimpico ski jumping hill of the VII Olympic Winter Games, rising impressively with its blowing flags against a background of trees and the rugged Dolomite Mountains. The artist has added the appropriate Olympic and philatelic text to the outer edges. In fine condition.

Mounted and framed with the official ‘final design’ stamp to an overall size of 17.75 x 12.5; window to frame backing reveals both a certificate of authenticity from Artists’ Proofs of New York, dated January 29, 1958, and a transmittal letter from the painting’s original buyer, Nobel Prize recipient Dr. Philip S. Hench, who sent the painting to his son as a birthday gift in late February 1958, and writes: “It is, I understand, the original watercolor which constituted the semi-final design. Obviously it was selected provisionally, with a few suggestions for final modifications.” Hench lists several of the changes made in the engraving of the final stamp version, such as the ski jump size, the twisting of the flag ropes, greater detail to trees, a ‘cleaner’ sky, stamp identity details to the right, and others.

American physician Philip Showalter Hench (1896-1965), along with his Mayo Clinic co-worker Edward Calvin Kendall and Swiss chemist Tadeus Reichstein, was awarded the Nobel Prize for Physiology or Medicine in 1950 for the discovery of the hormone cortisone, and its application for the treatment of rheumatoid arthritis. The Nobel Committee bestowed the award for the trio's ‘discoveries relating to the hormones of the adrenal cortex, their structure and biological effects.'