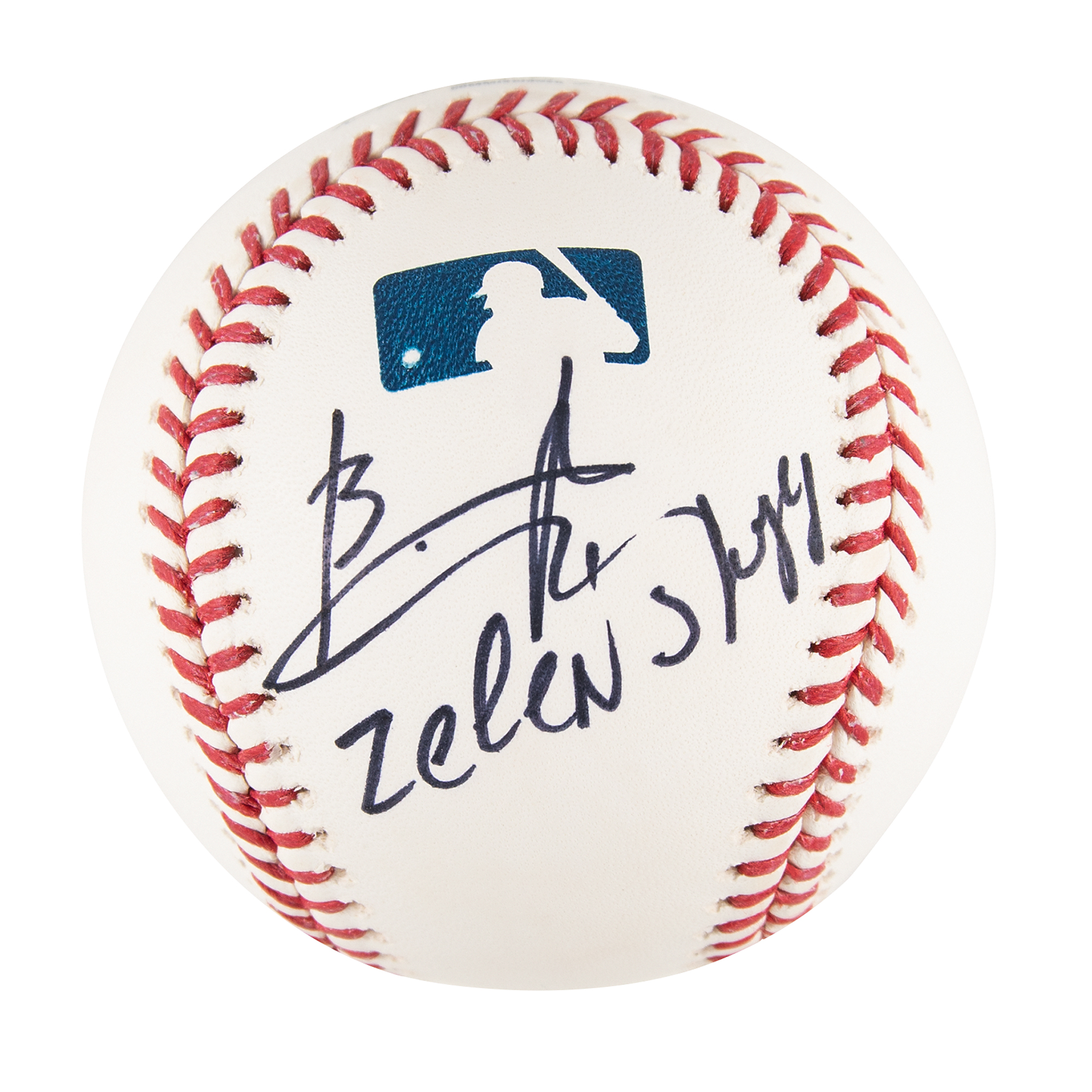 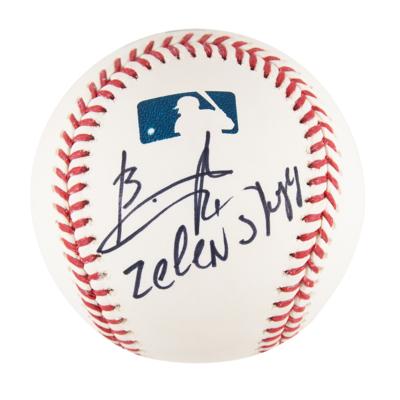 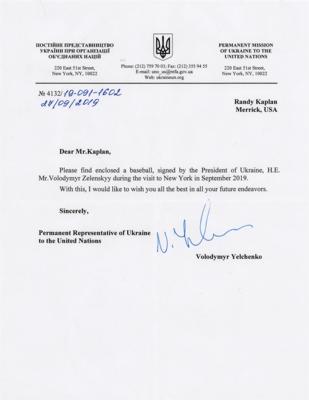 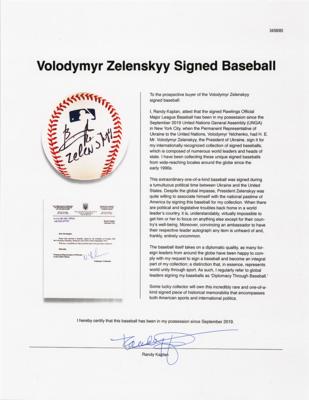 Official Rawlings Major League (Manfred) baseball signed in black felt tip on a side panel in Ukrainian cursive and English print, "Zelenskyy." In very fine condition. Accompanied by a transmittal letter signed by Volodymyr Yelchenko, Permanent Representative of Ukraine to the United Nations, in part: "Dear Mr. Kaplan, Please find enclosed a baseball, signed by the President of Ukraine, H.E. Mr. Volodymyr Zelenskyy during the visit to New York in September 2019." Also includes a full letter of authenticity from PSA/DNA.

Provenance: The Randy L. Kaplan Collection of Signed Baseballs from World Leaders and Heads of State. Kaplan started collecting baseballs signed by world leaders beginning in the 1990s, and has assembled a unique collection of over 450 examples. Over the years he has sought out such autographs through in-person meetings, book signings, and via diplomatic avenues. The collection has been exhibited at several presidential libraries across the nation, including those of Gerald Ford, Bill Clinton, Lyndon B. Johnson, Herbert Hoover, and Richard Nixon. The collection was also featured on HBO's Vice News and hundreds of other media outlets across the globe, including the New York Times. His goal is to someday have it exhibited at the United Nations, the National Baseball Hall of Fame in Cooperstown and the Smithsonian Museum of American History in Washington, D.C.

Once an actor and comedian, Volodymyr Zelenskyy ran in Ukraine's 2019 presidential election as a political outsider and anti-corruption figure, capturing over 70% of the second-round vote. In many ways, it was a classic episode of life imitating art—he grew popular as the star of the TV show Servant of the People, in which he played a teacher unexpectedly elected as president after a rant against government corruption went viral. Because of his background, many around the world underestimated Zelenskyy's ability to govern.

Now faced with an invasion by Russian forces, Zelenskyy has shown unmatched courage in the face of disaster. He has demonstrated a remarkable commitment to democratic ideals and to the people of Ukraine—offered a special-ops extraction from the besieged Kyiv, he famously replied: 'The fight is here; I need ammunition, not a ride.' Zelenskyy has rightfully earned the admiration of friends of liberty around the world, and is poised to go down in history as one of the iconic leaders of the 21st century.

Mr. Kaplan plans to donate a portion of his proceeds to a Ukrainian support effort. RR Auction will contribute all of its proceeds (buyer's premium and seller's commission) to the same.