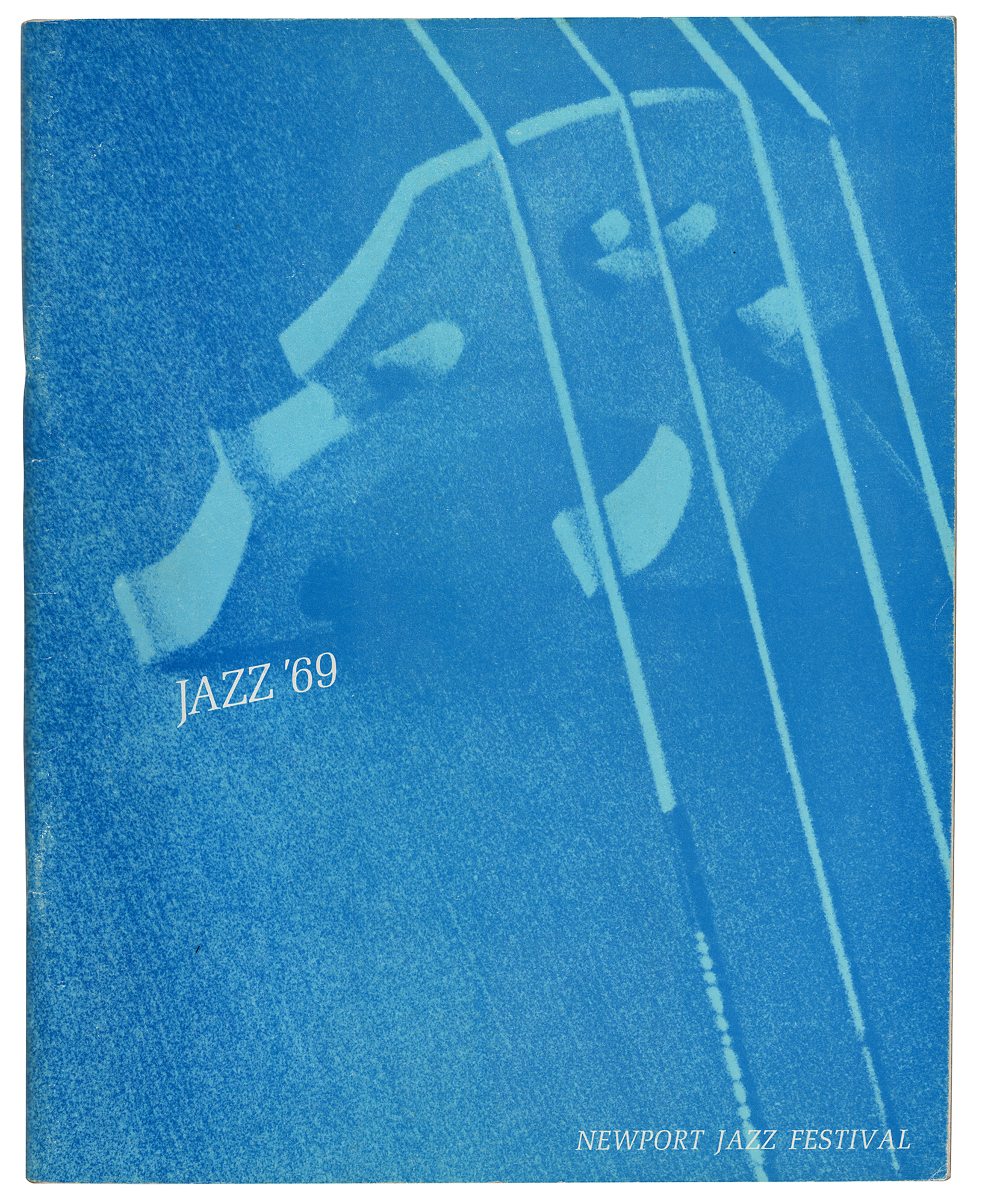 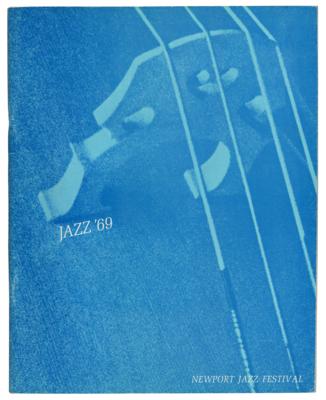 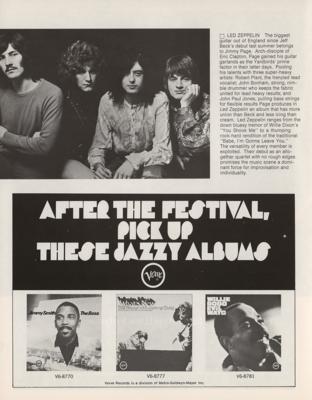 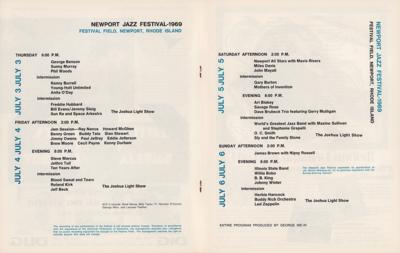 Scarce original program for the historic 1969 Newport Jazz Festival, held on July 3-6, 1969, at the Festival Field in Newport, Rhode Island. The program measures 8.5 x 10.75 and contains biographies and images of the festival’s many musical acts, including: Led Zeppelin, Dave Brubeck, Miles Davis, B. B. King, Jethro Tull, Ten Years After, the Jeff Beck Group, Kenny Burrell, Johnny Winter, Buddy Rich, James Brown, John Mayall, Art Blakey, Bill Evans, the Mothers of Invention, and more. In fine condition. This program for these historic concerts is extremely rare and highly sought after.

Jimmy Page is quoted as saying 'The festival site was becoming overcrowded and the local radio stations started to announce that we weren’t to appear to try to cut the numbers of the people that were traveling to the site. Such was the popularity of the group that we hijacked the prestigious jazz festival.' George Wein, the producer of the concerts, fearing a riot, announced that the Sunday evening Led Zeppelin appearance was canceled. Following the cancellation announcement, John Paul Jones said: 'I’ve seen all three James Brown drummers stand around him at the Newport Festival in disbelief wondering how one guy (John Bonham) does what all three of them did.'