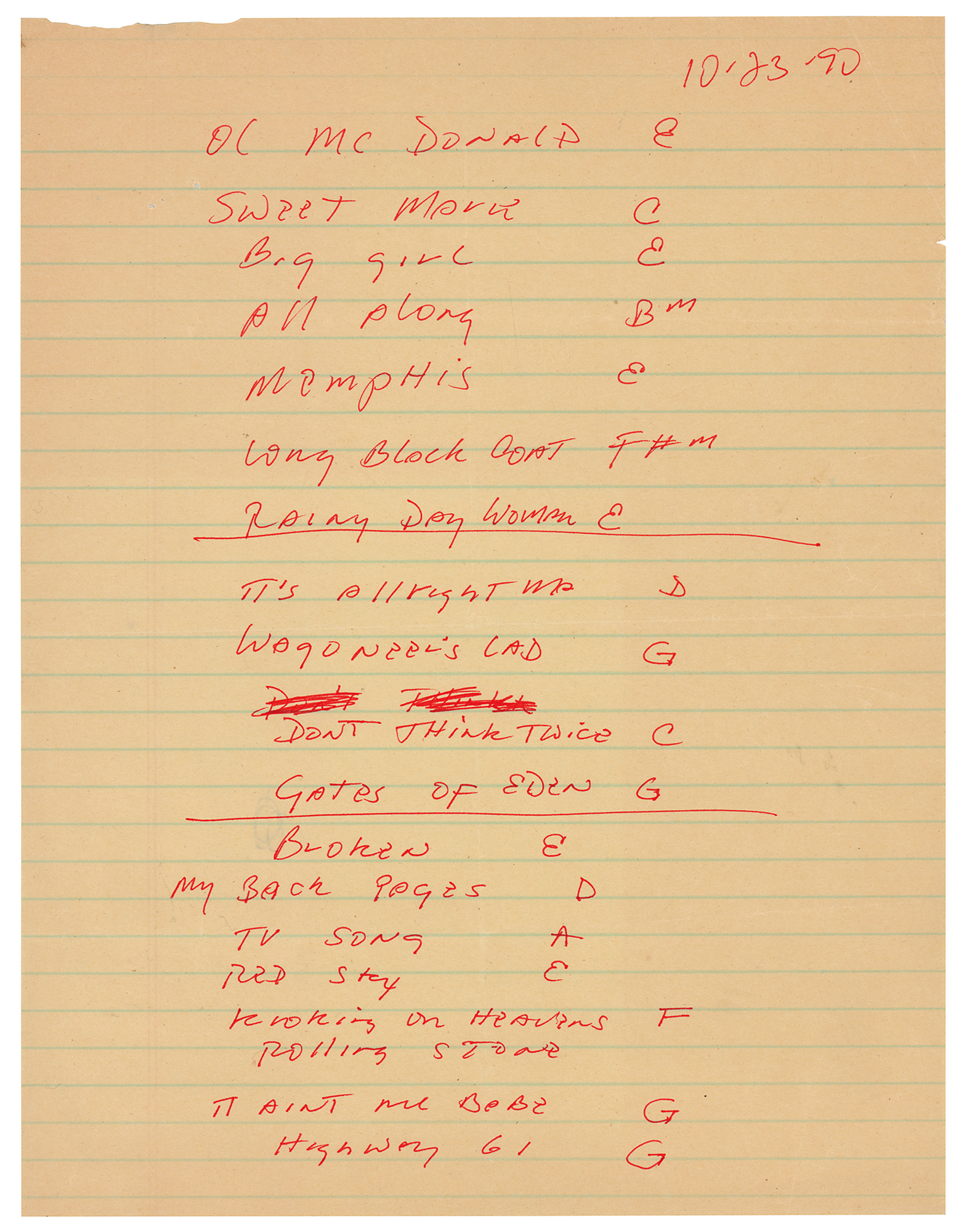 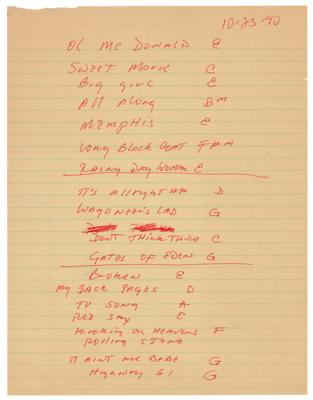 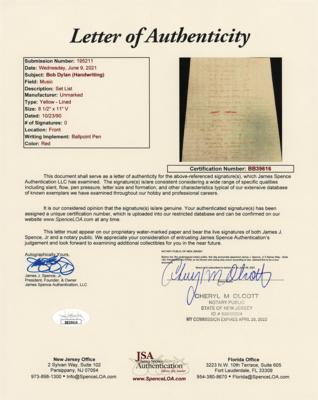 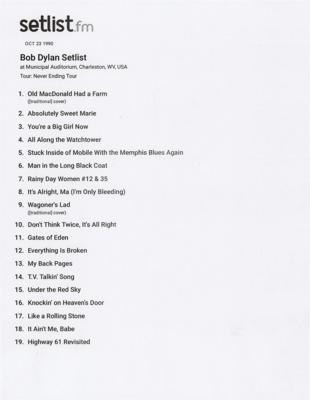 Rare handwritten set list by Bob Dylan for his show at the Municipal Auditorium in Charleston, West Virginia, on October 23, 1990, one page, 8.5 x 11, listing the nineteen songs he performed along with their keys. In addition to two traditional covers, "Ol McDonald" and "Wagoneer's Lad," Dylan mostly played his 1960s classics, including: "Sweet Marie," "Big Girl," "All Along," "Rainy Day Woman," "It's Allright Ma," "Don't Think Twice," "Knockin' on Heavens," "Rolling Stone," "It Ain't Me Babe," and "Highway 61." In fine condition. Accompanied by a full letter of authenticity from JSA and a printout of the full set list.

Dylan took to the stage at the Charleston Municipal Auditorium on October 23, 1990, for concert #244 of the legendary Never Ending Tour. This setlist accurately records the songs he played that night, highlighted by a number of his greatest hits—'All Along The Watchtower,' 'Rainy Day Women #12 & 35,' 'It's Alright, Ma (I'm Only Bleeding),' 'Knockin' On Heaven's Door,' 'Like A Rolling Stone,' 'It Ain't Me, Babe,' and 'Highway 61 Revisited.' It is interesting that Dylan denotes the key of each one, as he often changes the arrangements for his songs in live performances—sometimes quite radically. A super desirable Dylan piece, with the titles of some of his classic tunes penned in his own hand.