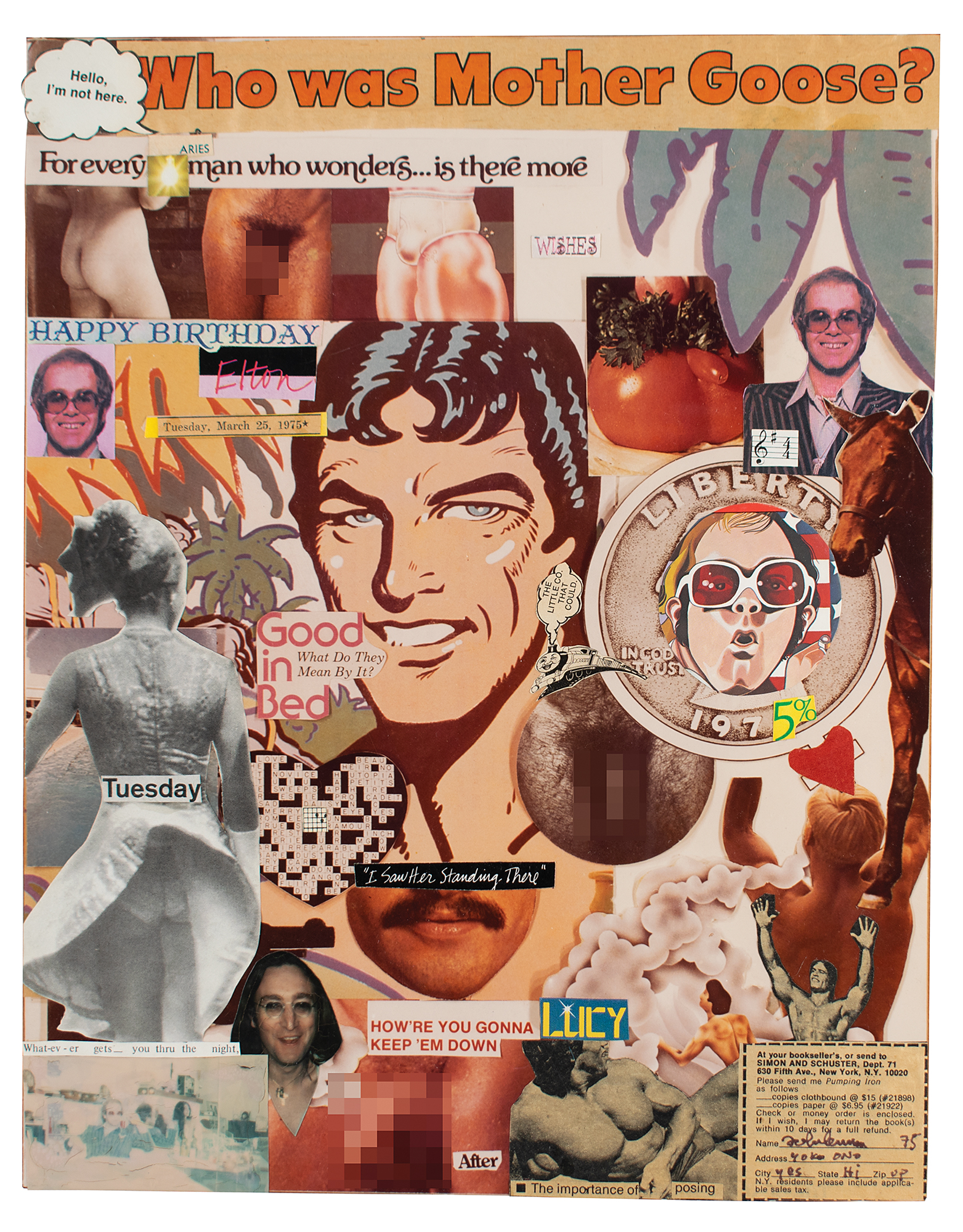 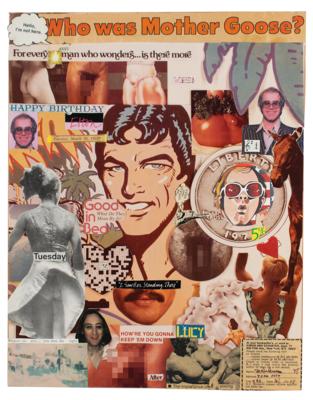 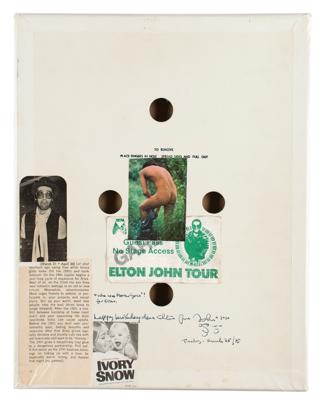 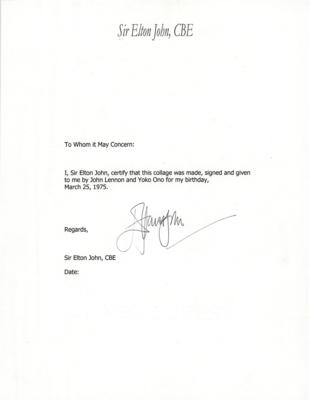 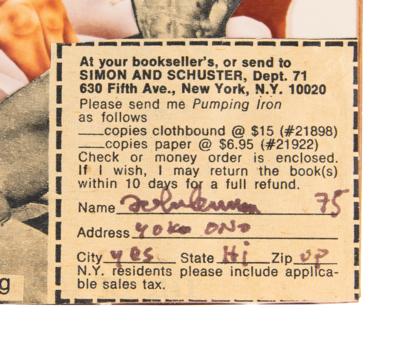 Outrageous original collage handmade by John Lennon and Yoko Ono, which was presented to Elton John as a gift for his 28th birthday. The collage consists of a color 10.75 x 14 photo with sundry affixed magazine and newspaper clippings, some depicting Elton John or John Lennon, and several more of a decidedly cheeky, homoerotic nature. A Simon and Schuster book order form applied to the lower right corner has been filled out by Lennon in black ink, who writes, “John Lennon, 75, Yoko Ono,” and in the City, State, and Zip fields, adds: “yes,” “Ho,” and “OP.” Includes the original cardboard box, upon which the collage was originally attached, its reverse featuring more affixed magazine cutouts, an Elton John Tour backstage pass, and an ink signature and inscription from Lennon, “‘Who was Mother Goose’? For Elton, Happy birthday Dear Elton from John + Yoko, Tuesday - March 25/74,” with Lennon adding small sketches of his and Yoko’s faces. In fine condition.

Accompanied by a signed letter of provenance from Elton John, typed on his personal letterhead, which reads: “I, Sir Elton John, certify that this collage was made, signed and given to me by John Lennon and Yoko Ono for my birthday, March 25, 1975."