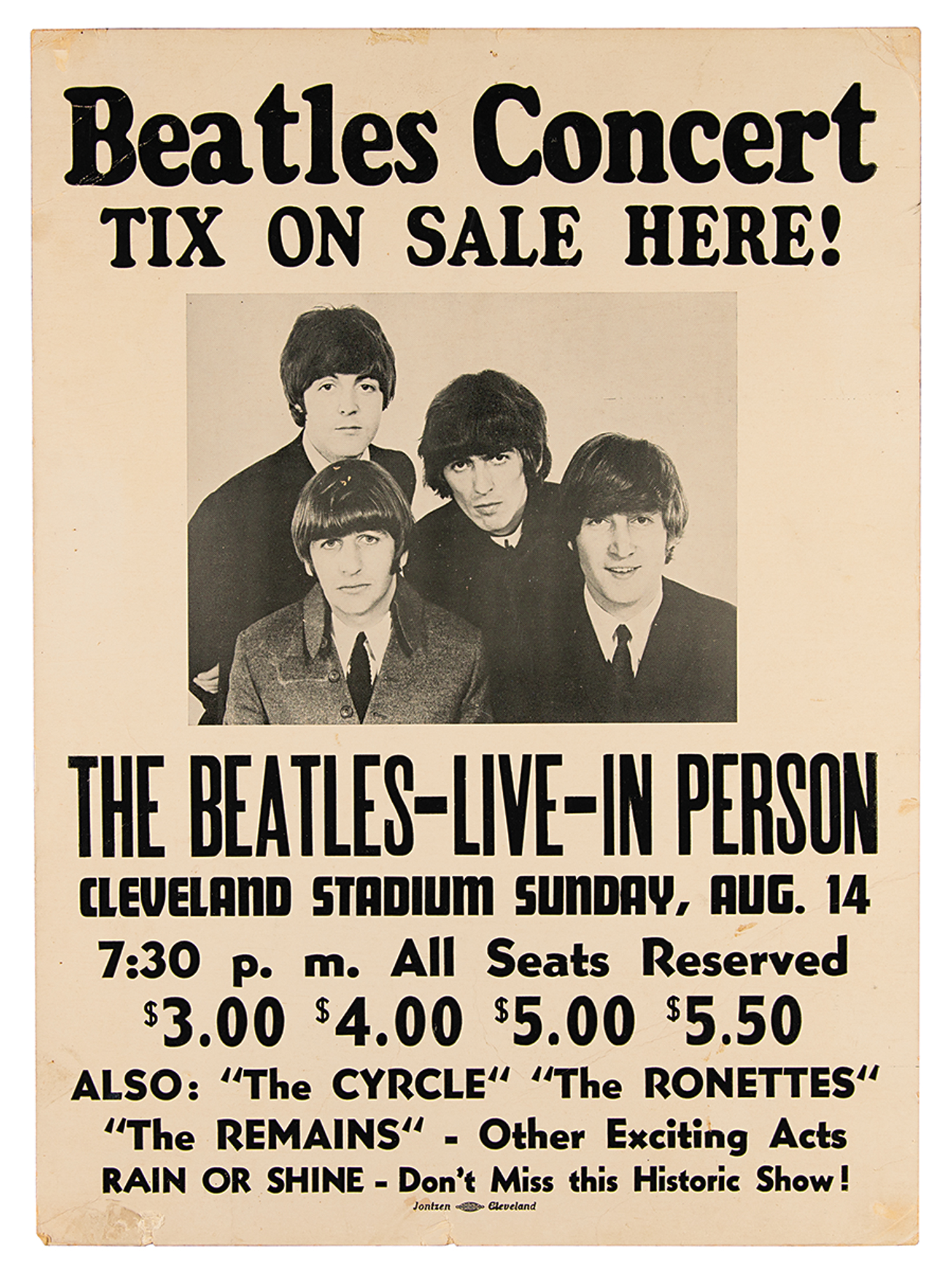 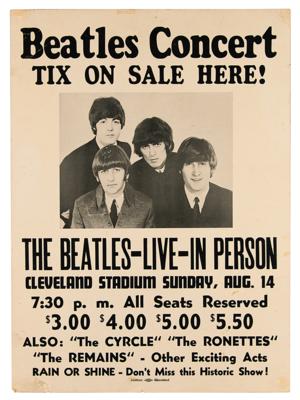 Extremely rare original 14.5 x 20 cardstock concert poster for the Beatles' show at Cleveland Stadium in Ohio on August 14, 1966, headed: "Beatles Concert, Tix On Sale Here!" The poster features a portrait of John Lennon, Paul McCartney, George Harrison, and Ringo Starr, captioned "The Beatles-Live-In Person." It also also advertises opening acts 'The Cyrcle,' 'The Ronettes,' and 'The Remains.' Printed by the Jontzen Printing Co., Cleveland. In very good to fine condition, with scattered creases (heaviest to corners), some small edge tears, a few tiny tack holes, several small surface gouges in Ringo's hair, and minor surface loss and mounting remnants to reverse. Only a handful of these posters are known to remain in existence.

This was the Beatles' third concert of their final tour of the United States, played before an audience of 24,000 raucous fans. In Tony Barrow's memoir John, Paul, George, Ringo & Me, he recalled the rowdy scene: 'One of the wildest shows took place at the Municipal Stadium in Cleveland—where the crowd broke loose, crashed through a four-foot security fence and invaded the field during Day Tripper. Hopelessly outnumbered and overwhelmed, the local police simply gave up and stood back while hordes of fans took control of the stage and the ‘secure’ grassy area around it. The boys rushed off to their makeshift dressing room—a caravan/trailer parked behind the stage—and the concert was stopped for 30 minutes while private guards and police reinforcements restored order. At the end of that show roadie Mal Evans had to stop fans from stealing the boys’ instruments from the stage as souvenirs.'