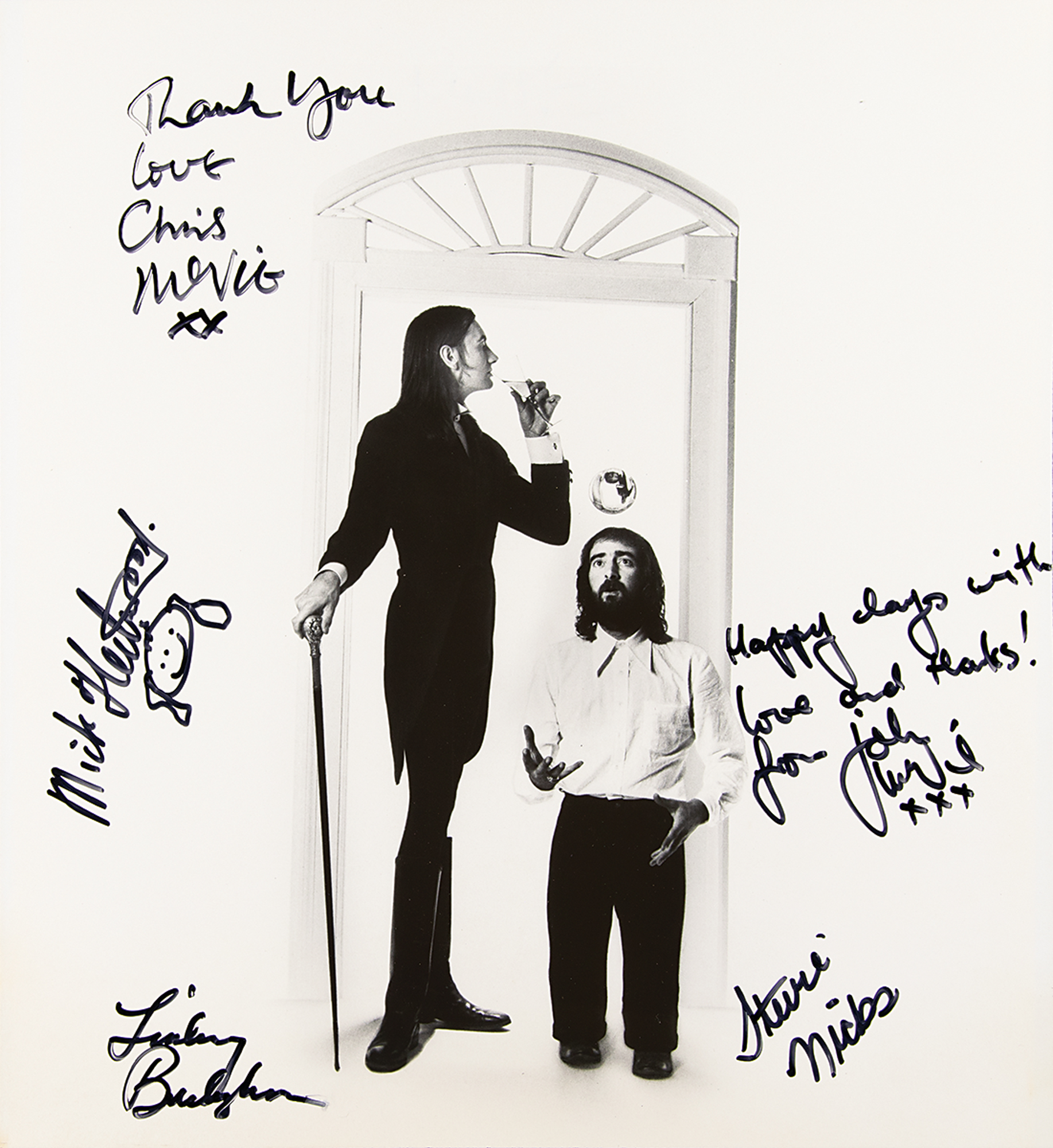 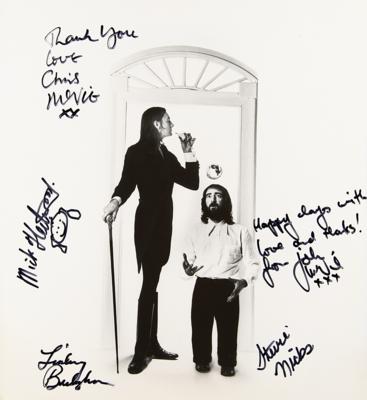 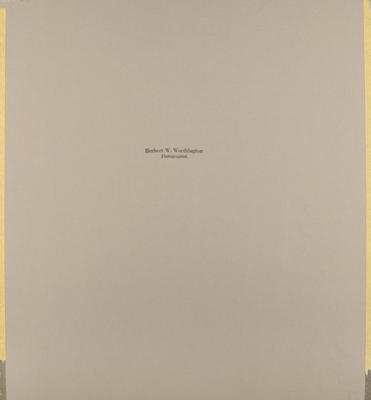 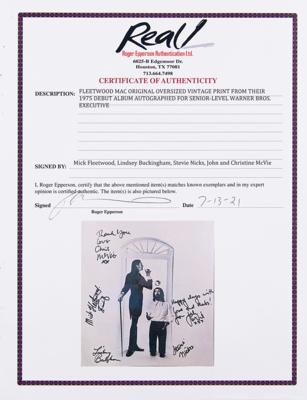 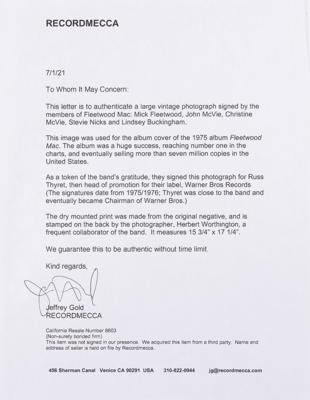 Stunning original oversized vintage glossy 15.75 x 17.25 print of Fleetwood Mac’s eponymous 1975 album, signed beautifully in black felt tip by the entire band: “Mick Fleetwood,” who adds a caricature of himself, “‘Happy days with love and thanks! From John McVie, xxx,” “Thank you, love, Chris McVie, xx,” “Stevie Nicks,” and “Lindsey Buckingham.” The print was developed from the original negative and then dry-mounted and stamped on the back by the original photographer, Herbert Worthington, a frequent collaborator of the band. Worthington was instrumental in creating iconic imagery, like the crystal ball, that carried forward to the Rumours LP, and is still associated with the band today. In very fine condition.

The image was used for the album cover of the realigned band’s 1975 debut album, which, as history shows, was a monumental success, reaching number one in the charts and eventually selling more than seven million copies in the United States. As a token of the band’s gratitude, they signed this photograph for Russ Thyret, then head of promotion for their label, Warner Bros. Records. Thyret was close to the band and eventually became chairman of Warner Bros. This brilliant oversized print was signed for Thyret around the time of the album’s release. An exceedingly rare and desirable original vintage print used for Fleetwood Mac’s 1975 debut album, autographed at the onset of the band’s meteoric rise for a close friend and the future chairman and CEO of Warner Bros. Records.