Handwritten and hand-picked song lyrics from Noel Gallagher, coupled with a stage-used microphone from a 2005 Oasis concert 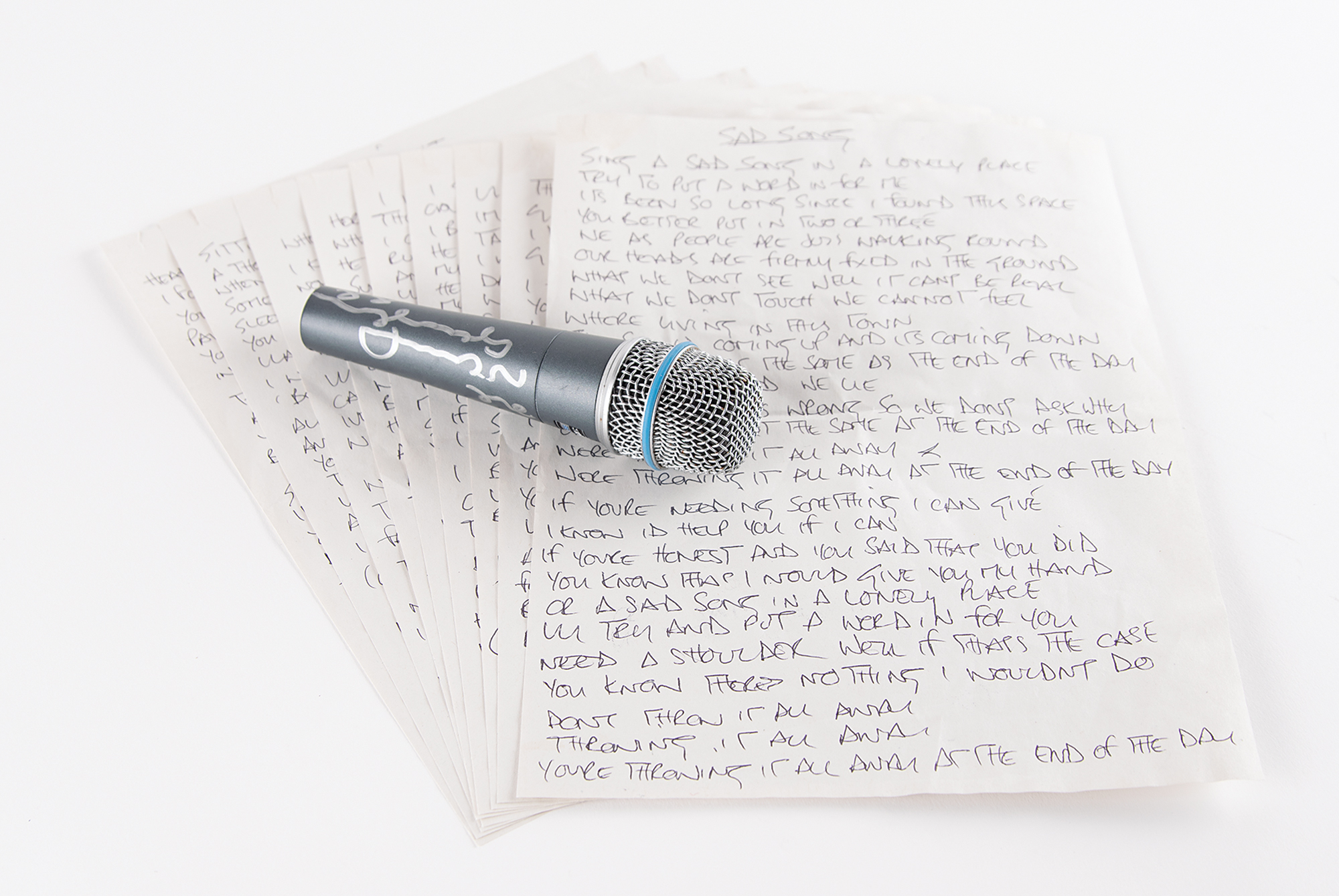 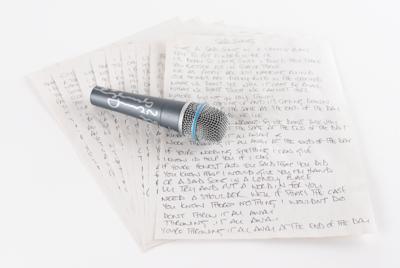 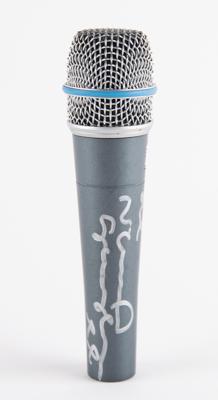 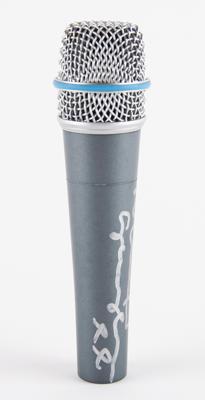 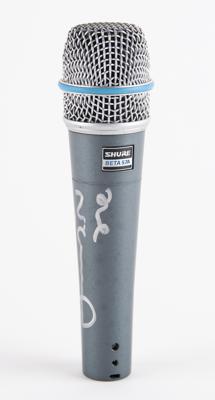 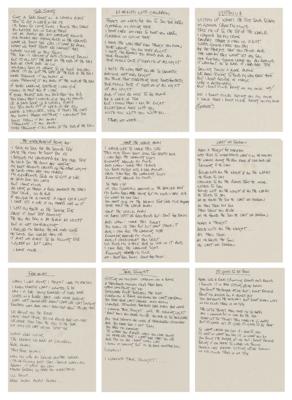 Handwritten and hand-picked song lyrics from Noel Gallagher, coupled with a stage-used microphone from a 2005 Oasis concert

Sought-after set of nine practice/memory sheet song lyrics handwritten by Noel Gallagher for a planned solo concert. The unsigned lyrics are penned in black ballpoint on nine off-white 8.25 x 11.75 sheets, which feature the following song titles: 'Sad Song,' 'Married with Children,' 'Listen Up,' 'The Importance of Being Idle,' 'Half the World Away,' 'Cast No Shadow,' 'Fade Away,' 'Talk Tonight,' and 'It's Good to Be Free.' Also included is a concert-used Shure Beta 57A microphone, signed on the side in silver ink, "Love, Noel Gallagher, xx," who used the microphone on stage during an Oasis concert at The Coronet in London, England, on May 25, 2005, during the Don't Believe the Truth Tour. In overall very good to fine condition, with varying degrees of creasing to each page. Accompanied by two letters of authenticity, which state that these items were obtained from Gallagher's personal guitar tech. Penned by the band's primary songwriter, this is a desirable collection of handwritten Oasis song lyrics selected from classic albums like Definitely, Maybe, (What's the Story) Morning Glory?, and Don't Believe the Truth; the addition of Gallagher's concert-used microphone makes this a must-have for the serious Brit rock aficionado.