Superb letter from Rabin following the historic 1993 Oslo Accords: "It is our wish to open a new chapter in the history of the Middle East" 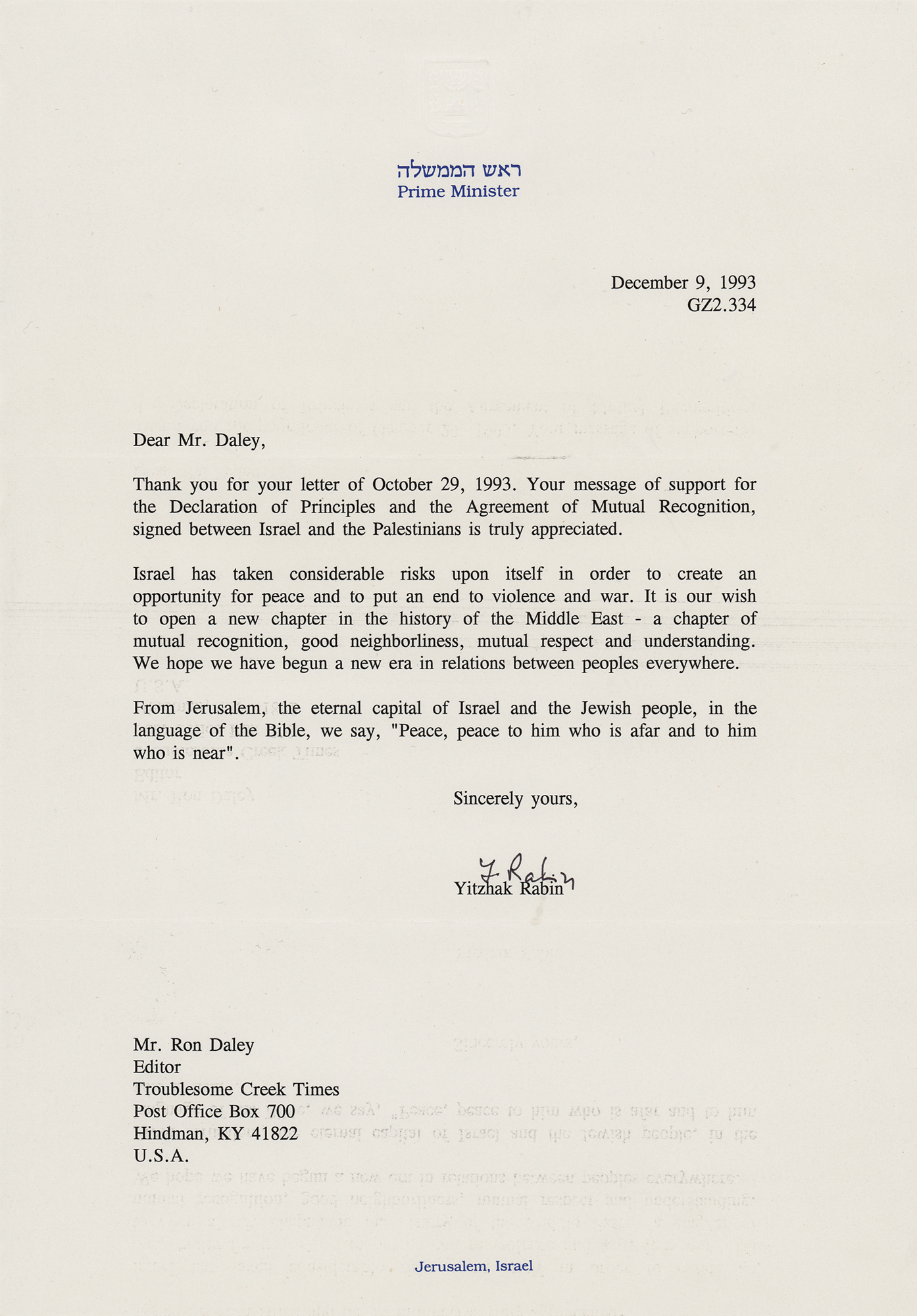 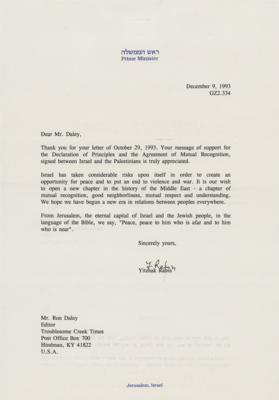 Superb letter from Rabin following the historic 1993 Oslo Accords: "It is our wish to open a new chapter in the history of the Middle East"

Exceptional TLS signed "Y. Rabin," one page, 8.25 x 11.75, Prime Minister letterhead, December 9, 1993. Letter to Ron Daley, editor of the Troublesome Creek Times, in part: "Your message of support for the Declaration of Principles and the Agreement of Mutual Recognition, signed between Israel and the Palestinians is truly appreciated. Israel has taken considerable risks upon itself in order to create an opportunity for peace and to put an end to violence and war. It is our wish to open a new chapter in the history of the Middle East-a chapter of mutual recognition, good neighborliness, mutual respect and understanding. We hope we have begun a new era in relations between peoples everywhere. From Jerusalem, the eternal capital of Israel and the Jewish people, in the language of the Bible, we say, 'Peace, peace to him who is afar and to him who is near.'" In fine condition. Accompanied by the original mailing envelope.

Three months earlier on September 9 and 13, 1993, Israeli Prime Minister Yitzhak Rabin and the Palestine Liberation Organization's Chairman Yasser Arafat secretly brokered a series of groundbreaking peace negotiations. These began with the Israel-Palestine Liberation Organization letters of recognition, and culminated with the Oslo Accords, an integral, if not controversial, chapter of the Israeli-Palestinian peace process that awarded Rabin, Arafat, and Shimon Peres with the 1994 Nobel Peace Prize. Sadly, these agreements were met with great division in both Israel and Palestine, and ultimately led to Rabin's assassination on November 4, 1995. A superb letter that evokes the strong sense of goodwill that has since defined Rabin's legacy.