Rare wartime handwritten letter from the hero of Little Round Top: "The Pres't, Stanton, & Halleck came down yesterday...the plans are made & the army will be at it soon" 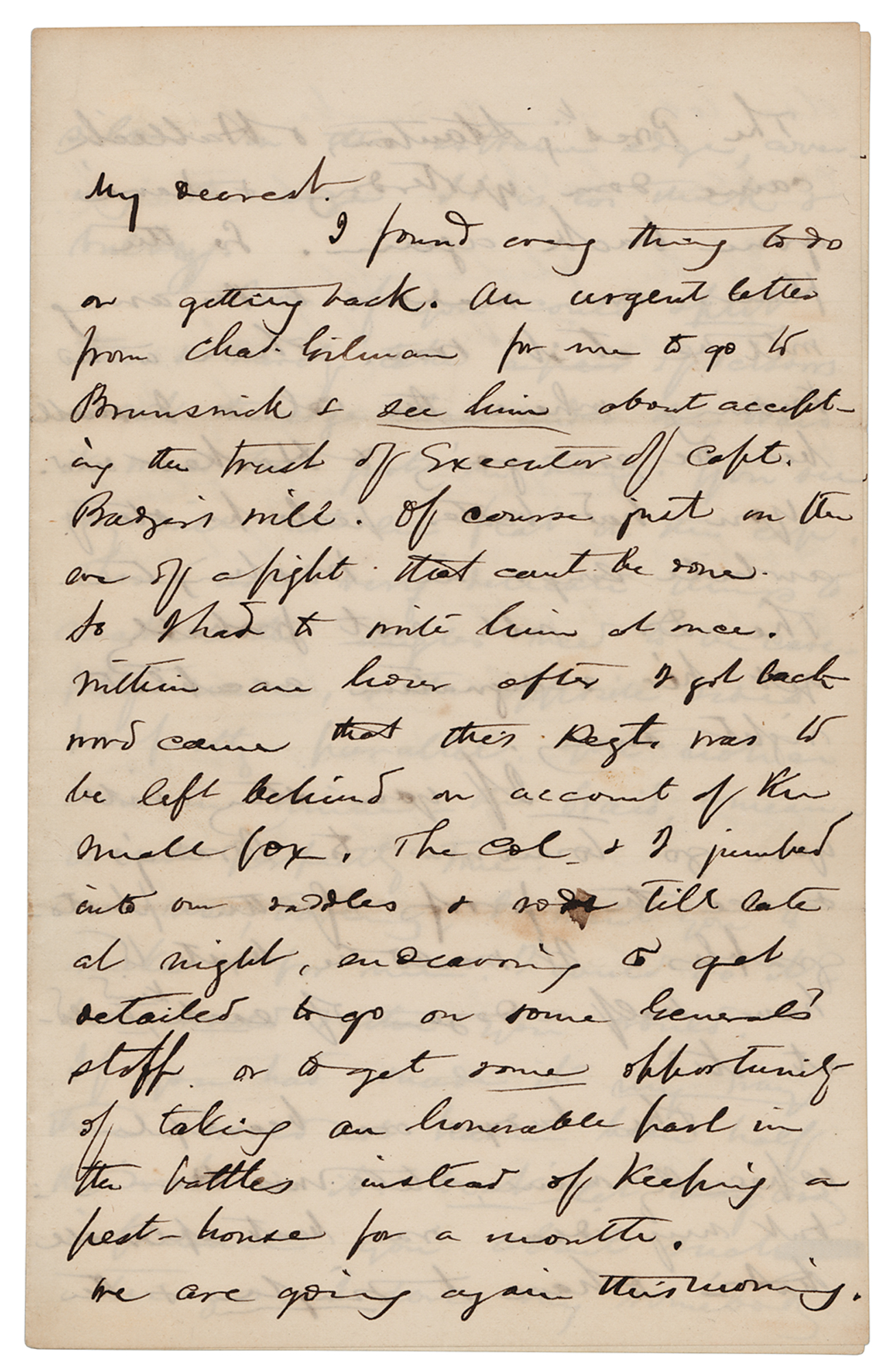 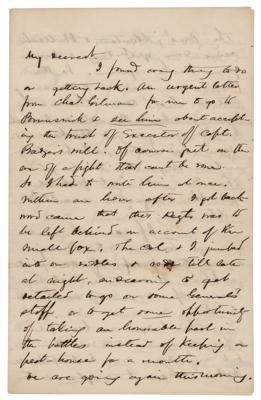 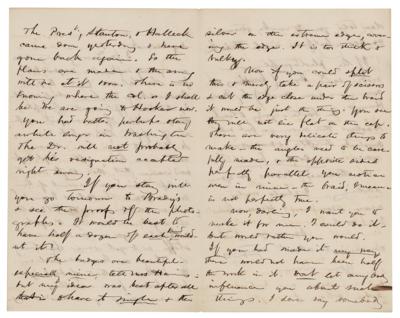 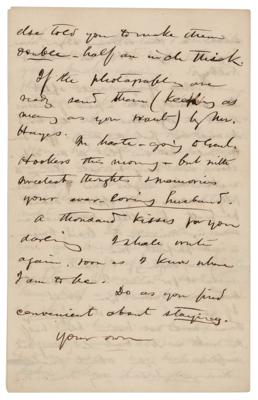 Rare wartime handwritten letter from the hero of Little Round Top: "The Pres't, Stanton, & Halleck came down yesterday...the plans are made & the army will be at it soon"

Civil War-dated ALS signed “Your own,” four pages on two adjoining sheets, 5 x 8, no date. A fascinating handwritten letter to his wife Fanny, which, while undated, indicates that this letter was written by Chamberlain on April 9, 1863, as it references the visit made by President Abraham Lincoln, Secretary of War Edwin Stanton, and General in Chief Henry Halleck to the 5th Corps, which occurred the day prior. Additionally, Chamberlain discusses the regiment being held back due to a smallpox outbreak and his and Colonel Ames' desire to somehow get the opportunity to take an honorable part in the upcoming battle. One third of the letter, however, is dedicated to the topic of the corps badges made by Fanny and Mrs. Harris, the Chamberlain's housekeeper in Brunswick, Maine.

In full: "I found everything to do on getting back. An urgent letter from Chas. Gilman for me to go to Brunswick & see him about accepting the trust of Executor of Capt. Badger's will. Of course, just on the eve of the fight, that can't be done. So I had to write him at once. Within an hour after I got back, word came that this Regt. was to be left behind on account of the small pox. The Col. & I jumped into our saddles and rode till late at night, endeavoring to get detailed to go on some General's staff or to get some opportunity of taking an honorable part in the battles instead of keeping a pest-house for a month. We are going again this morning. The Pres't, Stanton, & Halleck came down yesterday & have gone back again. So the plans are made & the army will be at it soon. There is no knowing where the Col. or I shall be. We are going to Hooker now. You had better perhaps stay a while longer in Washington. The Dr. will not probably get his resignation accepted right away. If you stay, will you go tomorrow to Brady's & see the proofs of the photographs. It would be best to have half a dozen of each kind, wouldn't it? The badges are beautiful—especially mine, tell Mrs. Harris—but my idea was best after all, that is, to have it single & the silver on the extreme edge, covering the edge. It is too thick & bulky. Now if you could split this & merely take a pair of scissors & cut the edge close under the braid, it would be just the thing. You see they will not lie flat on the cap. These are very delicate things to make—the angles need to be carefully made, & the opposite sides perfectly parallel. You notice even in mine—the braid, I mean—is not perfectly true. Now, darling, I want you to make it for me. I could do it, but would rather you would. If you had made it my way there would not have been half the work in it. Don't let anybody influence you about such things. I dare say somebody else told you to make them double—half an inch thick. If the photographs are ready, send them (keeping as many as you want) by Mr. Hayes. In haste—going to Genl. Hooker's this morning—but with sweetest thoughts & memories. Your ever-loving husband. A thousand kisses for you darling. I shall write again, soon as I know where I am to be. Do as you find convenient about staying." In fine condition. A rare and exceptional handwritten letter that predates the Battle of Gettysburg by less than three months—Chamberlain's command of the 20th Maine Infantry Regiment in the defense of Little Round Top remains one of the most fabled episodes in the Civil War.

From the Civil War Collection of James C. Frasca.