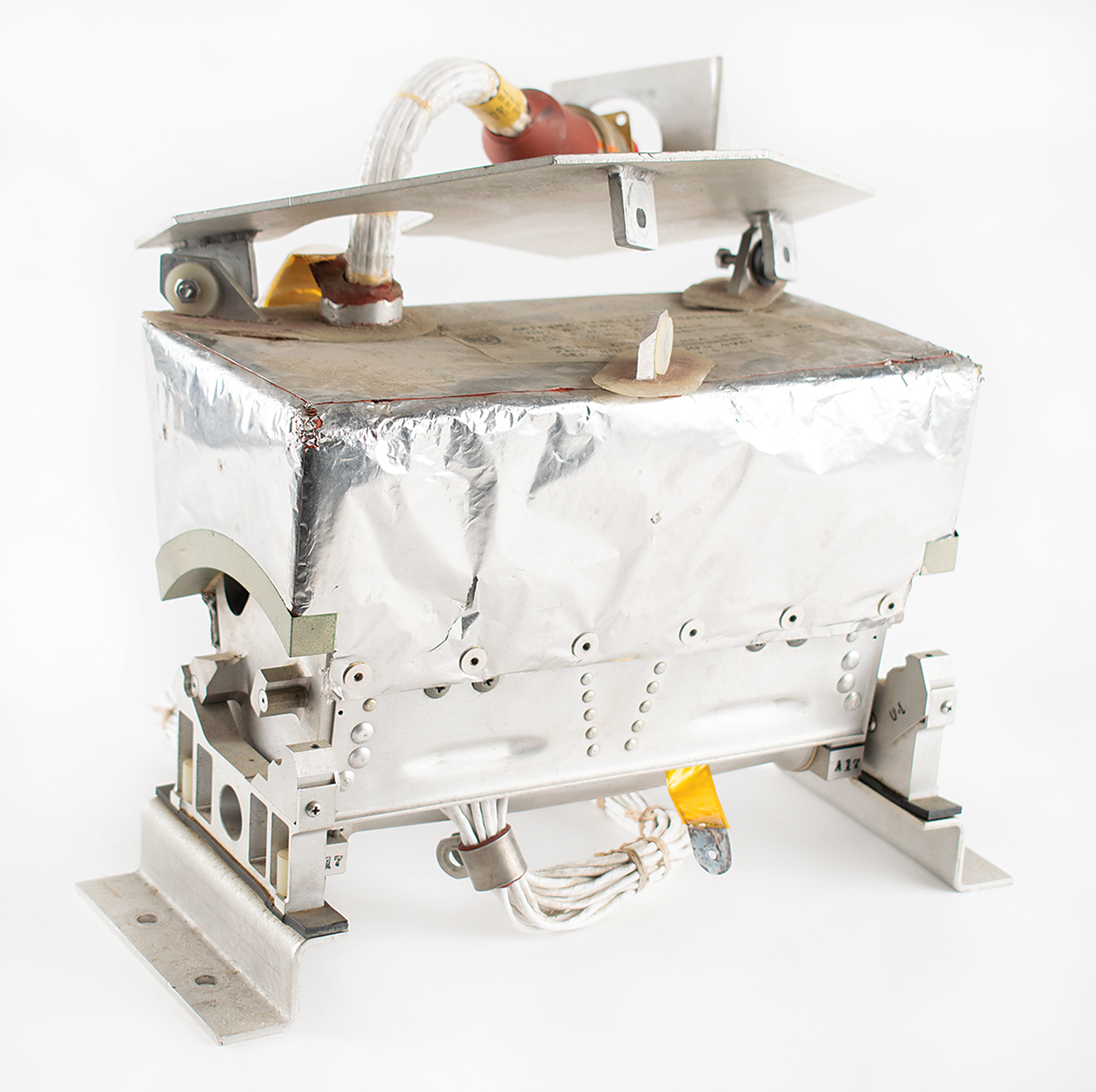 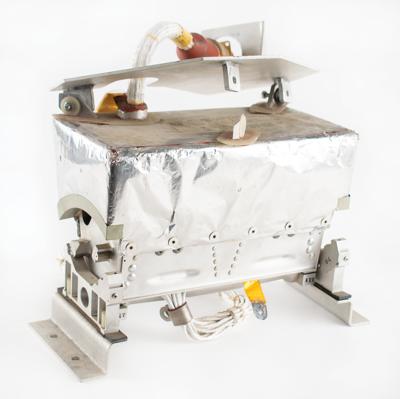 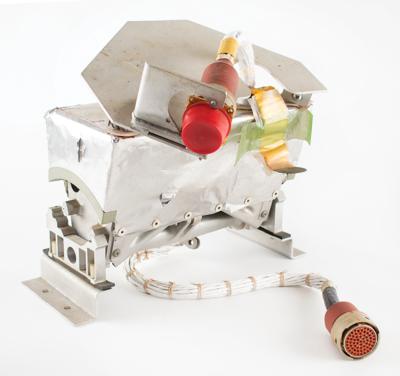 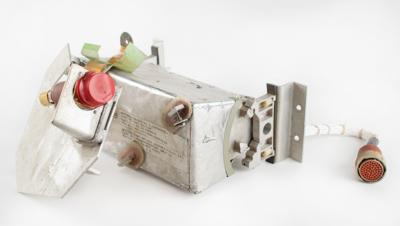 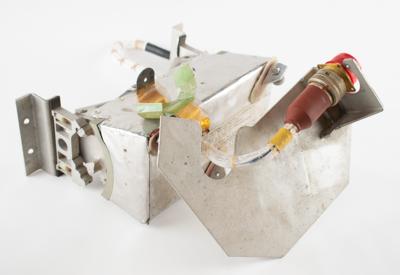 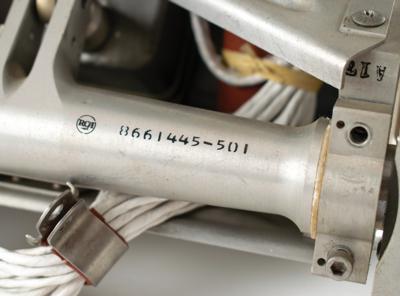 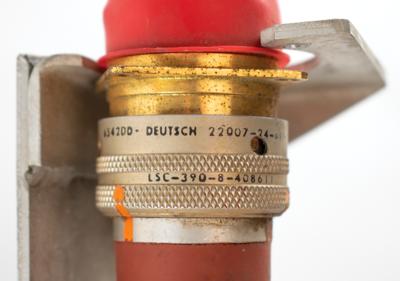 The landing radar sensed the velocity and slant range of the LM relative to the lunar surface by means of a three-beam Doppler velocity sensor and radar altimeter. The radar antenna was interfaced to the LM via the pedestal/tilt mount assembly, which was bolted to the underside of the descent station and bears a tilt mechanism for tilting the antenna to either of two positions, and an electrical interface between the antenna assembly and the LM electronics package. On command, a tilt actuator motor moved the antenna to position #1 (Descent) or #2 (Hover). In the descent position the antenna group beam center was tilted 24 degrees with respect to the LM 'X' axis; in hover position, it was parallel to the LM X-Axis. During the lunar landing mission, the antenna was initially set to descent position for the descent phase. When the LM pitch-up maneuver occured (as the LM approached the ground), the pedestal/tilt mount repositioned the landing radar antenna to the hover position (and remained there until touch down on the lunar surface). A marvelous Apollo-era artifact that played an integral role in each of the program's six successful moon-landings.