Verne resumes writing after his 1886 attack: "My legs are pretty much the same and there isn't much improvement" 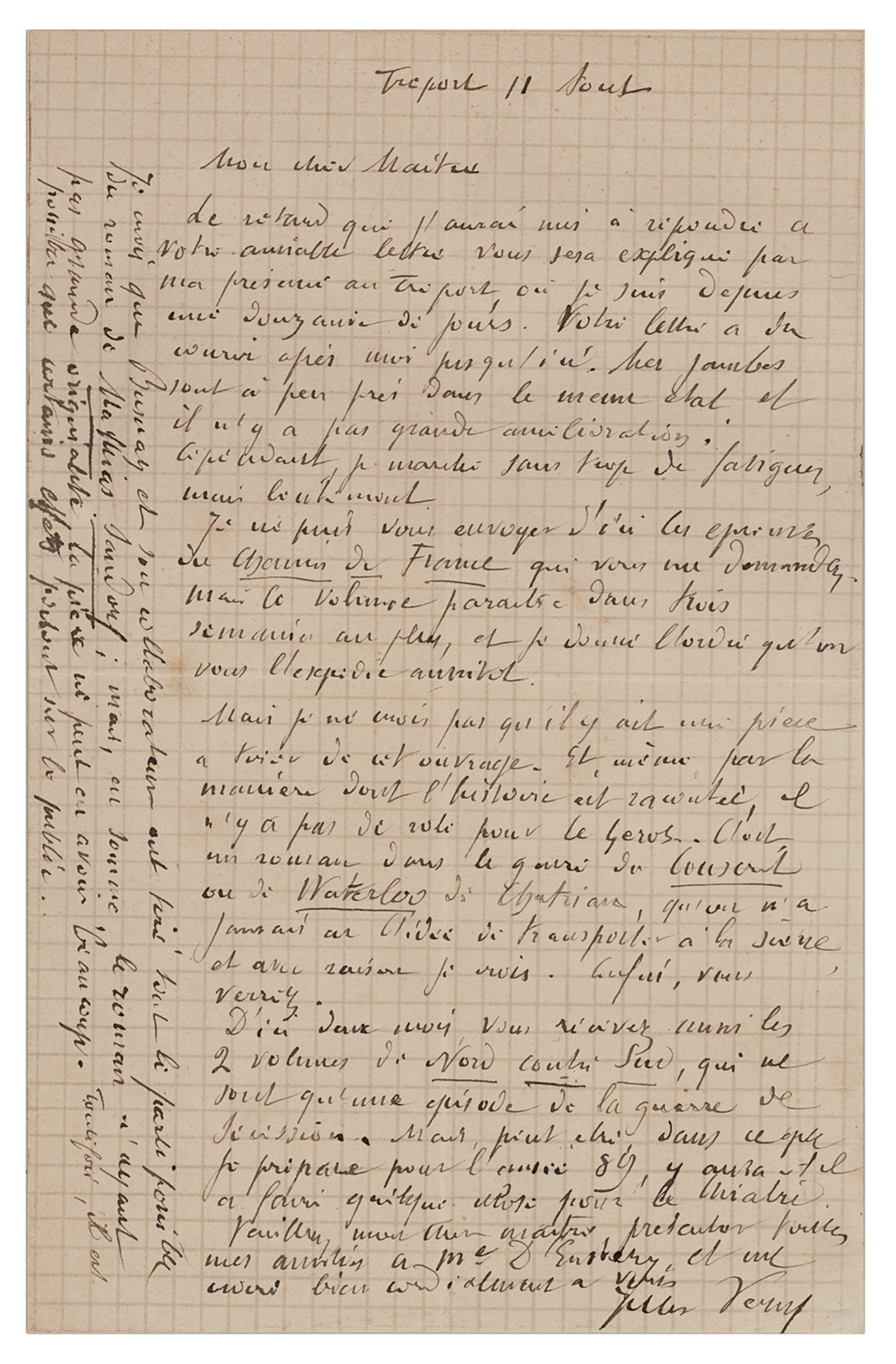 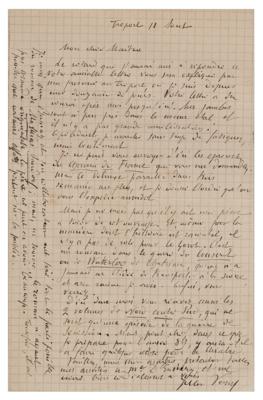 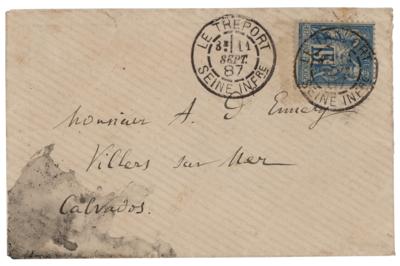 Verne resumes writing after his 1886 attack: "My legs are pretty much the same and there isn't much improvement"

ALS in French, one page, August 1, [1887]. Addressed from the coastal commune of Le Treport, a handwritten letter to his collaborator and friend Adolphe d'Ennery, who is searching for a subject for a play, in full (translated): "The delay I would have taken in responding to your kind letter will be explained to you by my presence at Treport, where I have been for a dozen days. Your letter must have chased after me this far. My legs are pretty much the same and there isn't much improvement. However, I walk without too much fatigue, but slowly. I cannot send you from here the tests of The Flight to France that you ask of me. But the volume will appear in three weeks at the most, and I am ordering it to be sent to you immediately. But I don't think there is anything to be learned from this work. And even by the way the story is told, there is no role for the hero. It's a novel in the genre of Chatrian's Conscript of Waterloo, which we never had the idea of taking to the stage and with good reason I think. Finally, you will see. In two months, you will also receive the two volumes of North Against South, which are only one episode of the Civil War. But perhaps in what I am preparing for the year 89, there will be something to do for the theater. Please, my dear master, extend my best regards to Mrs. D'Ennery." Verne adds a postscript along the left side: "I believe that Busnach and his collaborator made the most of Mathias Sandorf's novel; but, in short, the novel not having much originality, the play cannot have much of it. However, some effects may act on the public." In fine condition, with the blank integral leaf affixed to a same-size piece of light cardstock along its left edge. Accompanied by the original mailing envelope hand-addressed by Verne.

On March 9, 1886, as Verne returned home, his 26-year-old nephew, Gaston, who had suffered a nervous breakdown, shot at him twice with a pistol. The first bullet missed, but the second one entered Verne's left leg. Verne hobbled over to his nephew, took away the gun, and collapsed. It took several operations to remove the bullet from his leg bone, and for months he remained in bed unable to write. The attack, which gave Verne a permanent limp, was hushed up in the media and Gaston spent the rest of his life in a mental asylum.

Verne had resumed writing by the time of this letter, in which he mentions three of his latest works—the novels Texar's Revenge, or, North Against South and The Flight to France, and his final play, Mathias Sandorf, which he presented with French dramatist William Bertrand Busnach. The recipient of this letter, French playwright and novelist Adolphe d'Ennery, collaborated with Verne on three plays—1880's Michael Strogoff, 1878's The Children of Captain Grant, and 1874's Around the World in 80 Days, a stage adaptation of his influential adventure novel published two years prior.