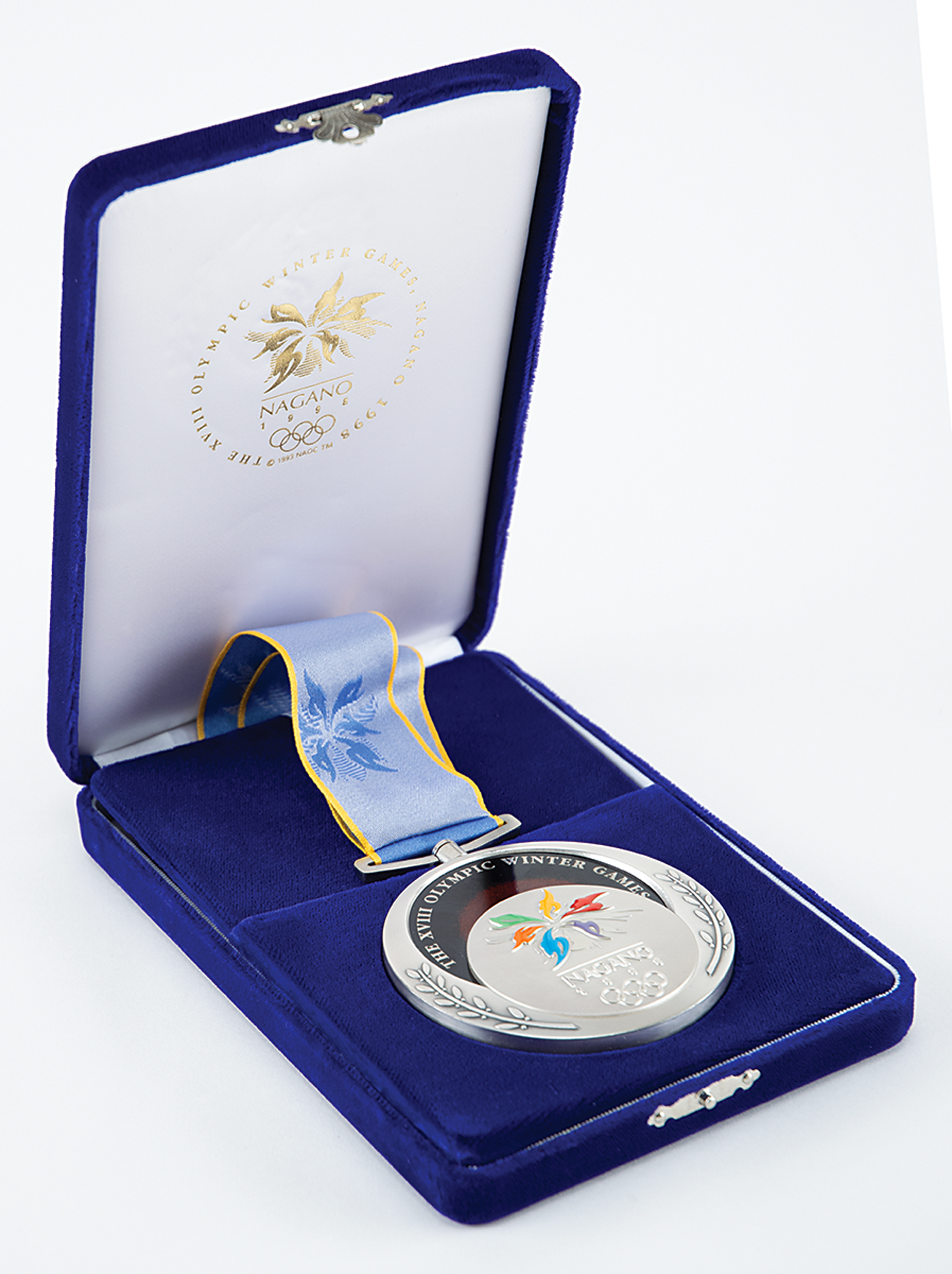 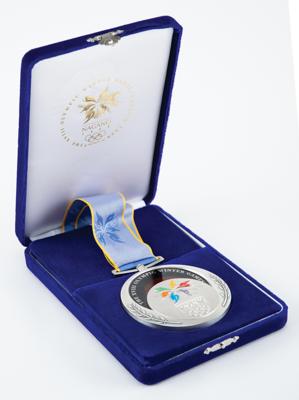 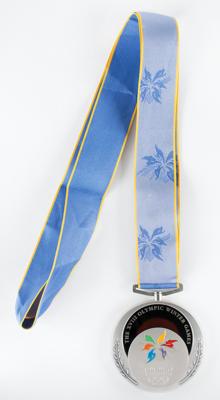 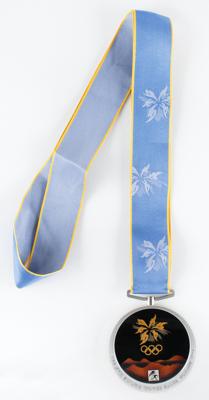 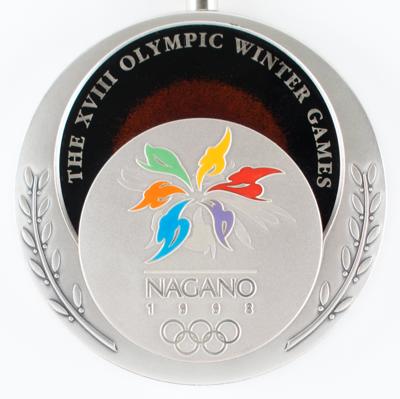 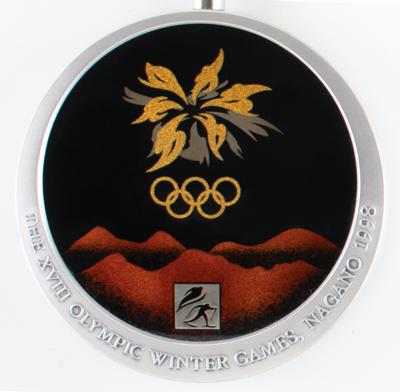 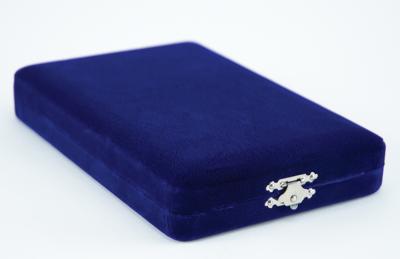 Rare and stunning winner's medal issued for the Nagano 1998 Winter Olympics. Silver, 82 mm, 254 gm, by Takeshi Ito; manufactured by Kiso Kurashi Craft Center. The front depicts a central cloisonne design of the official games emblem, olive branches to either side, an ornamental lacquer upper portion with silver text, “The XVIII Olympic Winter Games,” and a dazzling rising sun composed of fine gold powder; the reverse bears raised text to the lower rim, “The XVIII Olympic Winter Games, Nagano 1998,” with the main Kiso lacquer body showing the games logo and Olympic rings in sparkling gold, and a small pictogram of the Nordic Combined event set within a brilliant depiction of the Shinshu Mountains in the morning sun. The medal bears trivial edgewear. Includes its blue and yellow winner’s ribbon, as well as the original blue velvet presentation case.

Held from February 13th to the 20th, the Nordic combined at the 1998 Winter Olympics consisted of two events: a ski jumping portion that took place at Hakuba Ski Jumping Stadium, and a cross-country portion that took place at Snow Harp. Norway, the medal leader in the Nordic combined since the first Winter Olympiad, suitably won both events—Bjarte Engen Vik took gold in the individual competition, and Vik, Fred Børre Lundberg, Kenneth Braaten, and Halldor Skard earned top honors in the team event.

Among the most beautiful of all Olympic medals, the top prize of the Nagano 1998 Games is a true work of medallic art and craftsmanship. Described by the Nagano Organizing Committee as ‘an expression of Nagano and Japan,’ the medal was intricately and thoughtfully conceived through traditional Nagano materials and techniques, such as lacquer, cloisonne, and engraving. The Nagano gold medal remains appreciably rare, with a total of only 150 athletes across 14 different sports having received one during the closing victory ceremonies. This is the first Nagano winner's medal that we have offered.