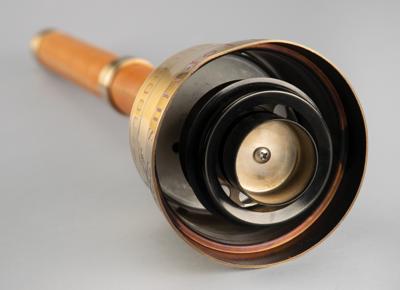 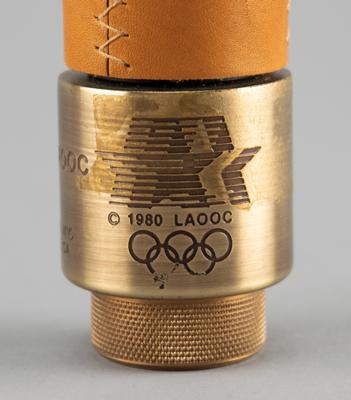 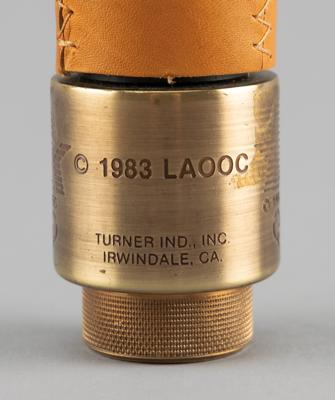 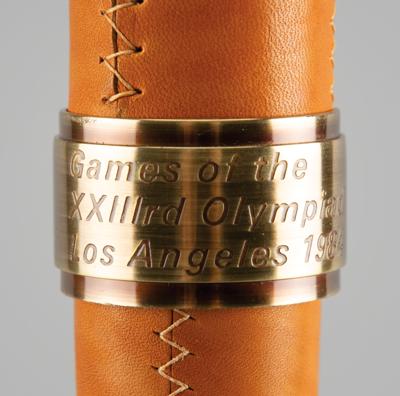 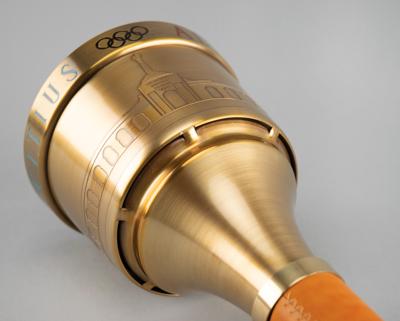 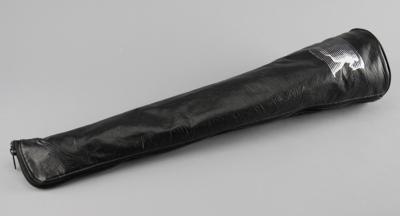 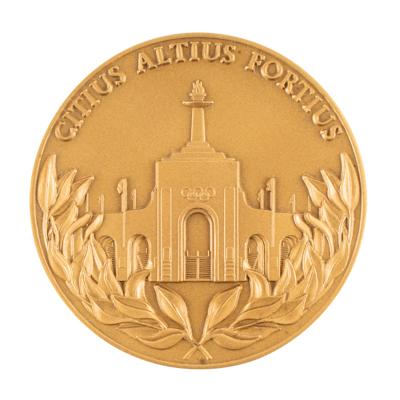 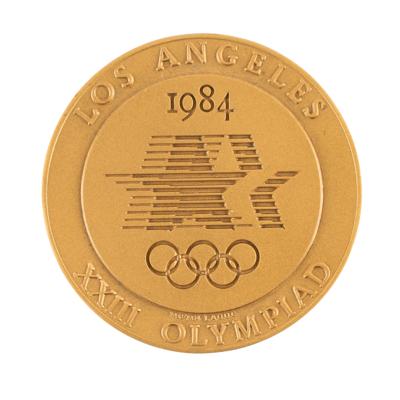 Official 1984 Los Angeles Olympics torch, brass-finished with tan leather handles, measuring 22.25″ in length and 4.75″ at its widest point, manufactured by Turner Ind and engraved “1983 LAOOC,” with a pair of Los Angeles Games logos on the base of the handle. The black burner remains in place, for an overall length of 23″. Bowl is engraved along the top, “Citius, Altius, Fortius, " with the rings between each word, and the L.A. Memorial Coliseum Stadium below. Complete with its original black vinyl carrying bag and a gold 14k LA 1984 Games logo charm.