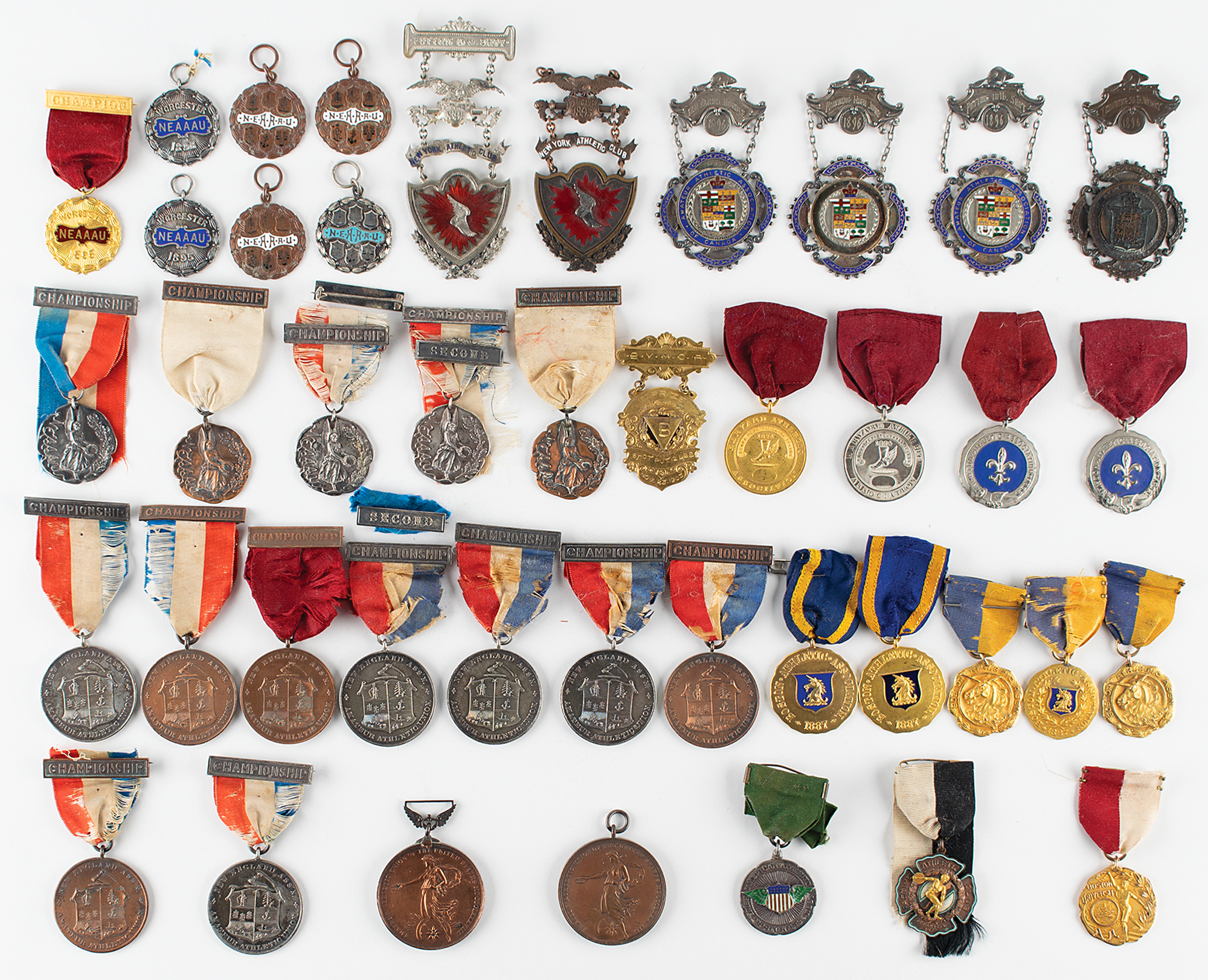 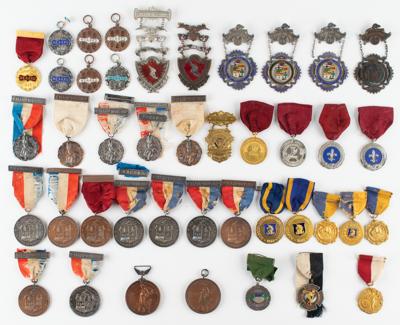 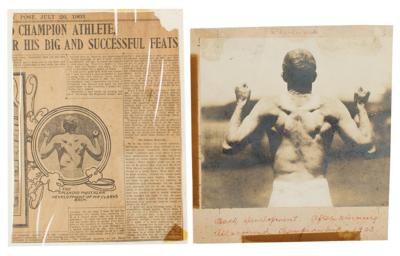 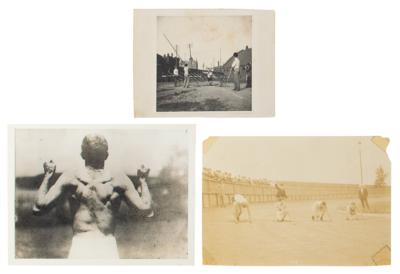 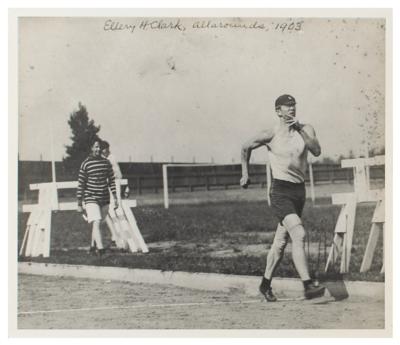 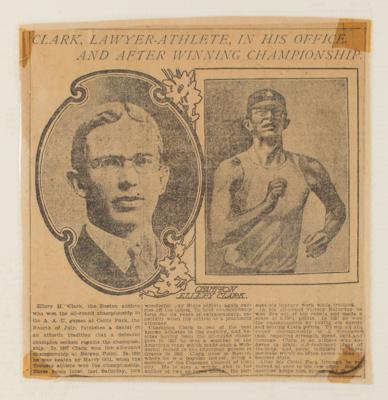 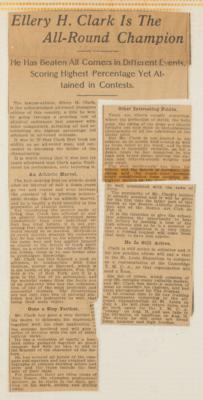 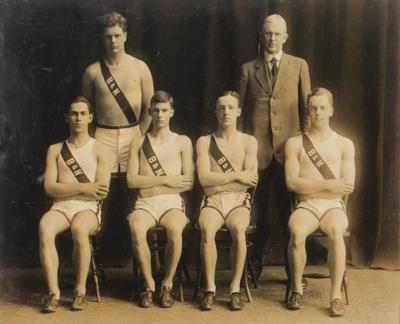 Impressive collection of 42 athletic medals presented to American track and field athlete Ellery Clark (1874-1949), who was the first modern Olympic champion in high jump and long jump, and the only person to have won both Olympic events, doing so at the Athens 1896 Olympics. Deriving from the estate of his son and namesake, Ellery H. Clark, Jr., this medal collection dates from 1895 to 1931 and contains accolades from a variety of early New York and New England area athletic events, which are grouped and chronologically listed below:

Included with the collection is a three-ring ‘scrapbook’ binder containing various newspaper articles, photographs, and other ephemera related to Clark’s athletic career, which is highlighted an original photograph of Clark’s muscular bareback, annotated below, “Back development, after winning All around Championship 1903”; one of the included newspaper clippings, dated July 20, 1903, features this very image. The latter section of the scrapbook features many clippings and photos that pertain to Clark, Jr., himself a notable athlete and author who wrote three books on the Boston Red Sox and penned biographies of Cy Young, Tris Speaker, and Lefty Grove, among others. Clark, Jr. is pictured in several photos as a member of the Browne & Nichols School track and field team, with his father, Clark, Sr., pictured above as the team’s coach. In overall fine condition.

Ellery Clark holds the distinction of being the only man to win both the Olympic high jump and long jump. As a 22-year-old Harvard grad, he claimed this double feat at the first Modern Olympics with marks of 5´ 11½″ (1.81 m) and 20´ 11″ (6.37 m). On his return from Greece, Clark developed into a highly versatile athlete, winning the National All-Around Championship in 1897 and 1903. In 1904, the American and Olympic All-Around Championship were one and the same event, but Clark was seriously weakened by bronchitis in St. Louis and in his second Olympic appearance he placed no better than fifth in the event that was the forerunner of the modern decathlon. In his professional life, Clark showed all-round talents that even exceeded his sporting versatility. He wrote 19 books, ranging from railway accident law to religious philosophy, and two of his novels were adapted into Hollywood films. He was an alderman of the city of Boston, an assistant track coach at Harvard, a teacher of English composition in Cambridge, and a prominent Boston lawyer.