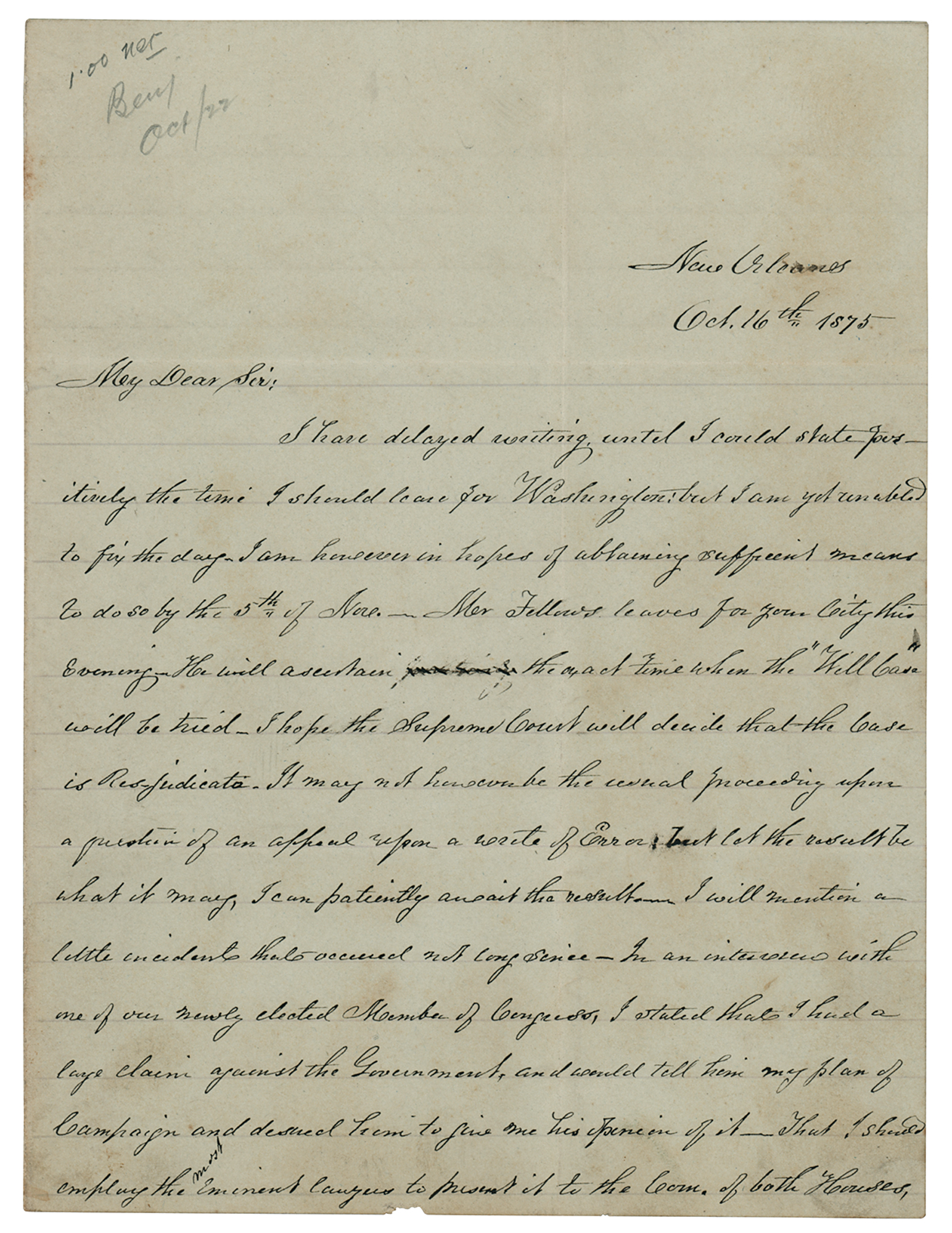 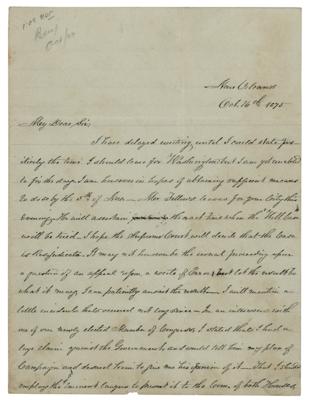 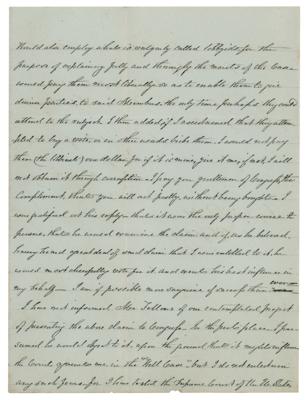 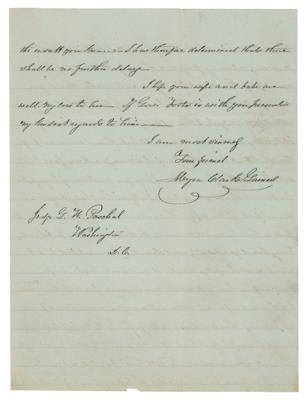 American socialite (1804-1885) remembered as the plaintiff in the longest-running lawsuit in the history of the United States court system: from 1834 to 1891, Gaines was at the center of a legal battle to recognize her legal status as the sole heir of her deceased father's estate and recover valuable land in New Orleans. In this time, the Gaines cases appeared before the Supreme Court seventeen times and the Louisiana state and federal court at least seventy times. ALS, three pages on two adjoining sheets, 5.25 x 7, October 16, 1875. Handwritten letter to Judge G. W. Paschal in Washington, in part: "Mr. Fellows leaves for your city this evening. He will ascertain the exact time when the 'Will Case' will be tried. I hope the Supreme Court will decide that the case is res-judicata. It may not however be the central proceeding upon a question of an appeal upon a writ of error: but let the result be what it may…In an interview with one of our newly elected Members of Congress, I stated that I had a large claim against the Government and would tell him my plan of campaign and desired him to give me his opinion of it. That I should employ the most eminent lawyers to present it to the Com. of both Houses, would also employ what is vulgarly called lobbyists for the purpose of explaining fully and thoroughly the merits of the case—would pay them most liberally so as to enable them to give dinner parties, to said Members…I then added, if I ascertained that they attempted to buy a vote, or in other words bribe them, I would not pay them (the lobbiest) one dollar for if it is mine, give it me, if not, I will not obtain it through corruption. I pay you gentlemen of Congress, the compliment, that you will act justly, without being bought…I have not informed Mr. Fellows of our contemplated project of presenting the above claim to Congress. In the first place, I presumed he would object to it, upon the ground that it might influence the Courts against me in the 'Will Case,' but I do not entertain any such fears, for I have tested the Supreme Court of the U. States, the result you know." In fine condition.