"I saw what is extant as it really is" 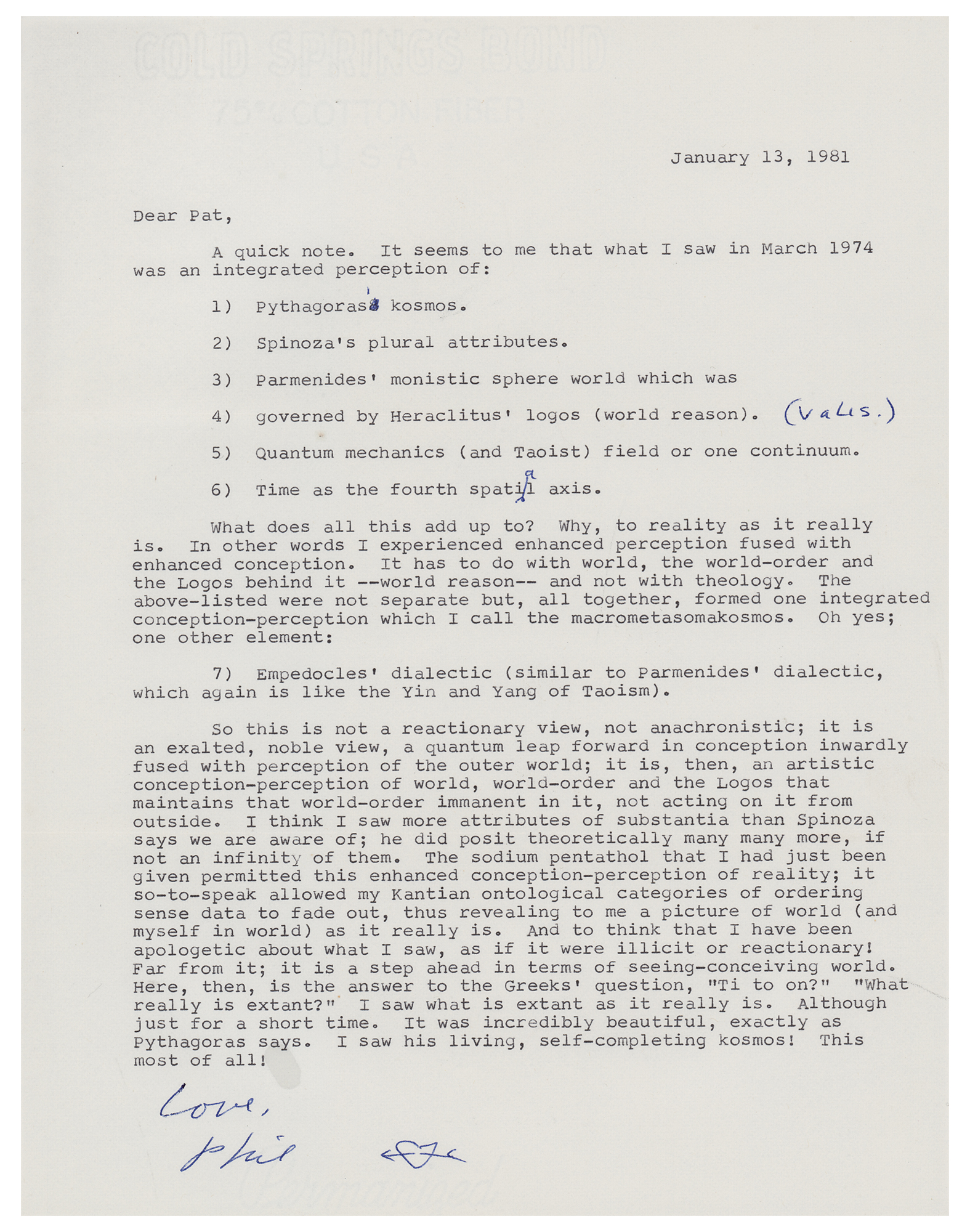 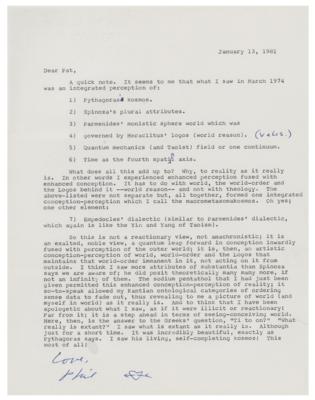 "I saw what is extant as it really is"

What does all this add up to? Why, to reality as it really is. In other words I experienced enhanced perception fused with enhanced conception. It has to do with the world, the world-order and the Logos behind it—world reason—and not with theology. The above-listed were not separate but, all together, formed one integrated conception-perception which I call the macrometasomakosmos. Oh yes; one other element:

7) Empedocles' dialectic (similar to Parmenides' dialectic, which again is like the Yin and Yang of Taosim).

So this is not a reactionary view, not anachronistic; it is an exalted, noble view, a quantum leap forward in conception inwardly fused with perception of the outer world; it is; then, an artistic conception-perception of world, world-order and the Logos that maintains that world-order immanent in it, not acting on it from outside. I think I saw more attributes of substantia than Spinoza says we are aware of; he did posit theoretically many many more, if not an infinity of them. The sodium pentathol that I had just been given permitted this enhanced conception-perception of reality; it so-to-speak allowed my Kantian ontological categories of ordering sense data to fade out, thus revealing to me a picture of world (and myself in world) as it really is. And to think that I have been apologetic about what I saw, as if it were illicit or reactionary! Far from it; it is a step ahead in terms of seeing-conceiving world. Here, then, is the answer to the Greeks' question, 'Ti to on?' 'What really is extant?' I saw what is extant as it really is. Although just for a short time. It was incredibly beautiful, exactly as Pythagoras says. I saw his living, self-completing kosmos! This most of all!" In fine condition. Accompanied by the original mailing envelope.