From St. Petersburg, Buchanan opines on American ideals, Czar Nicholas I, and the people of Russia 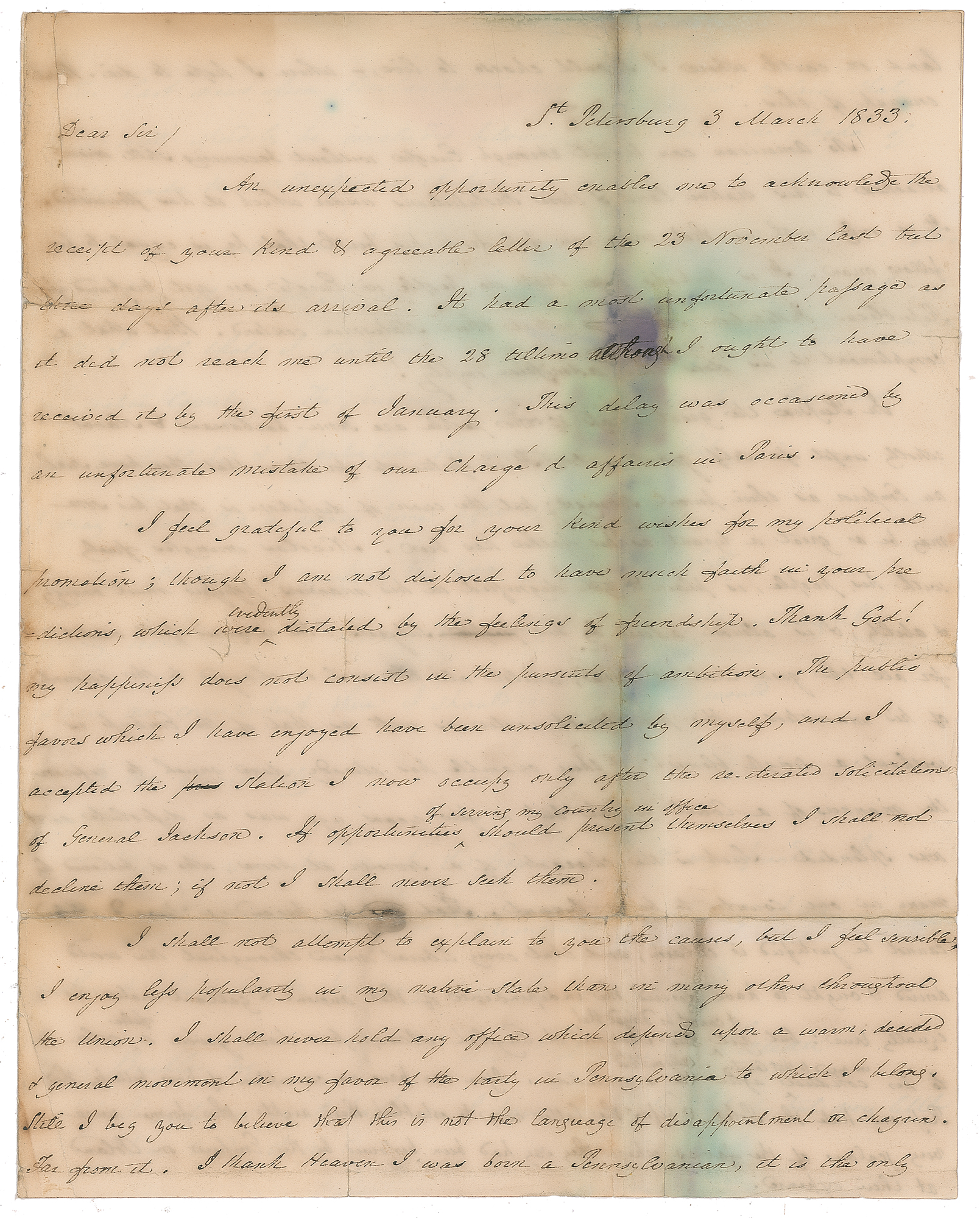 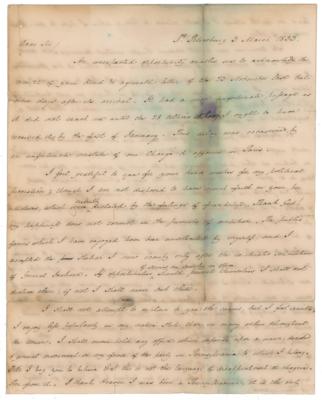 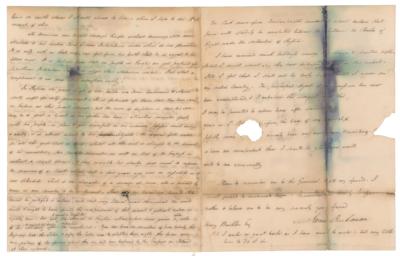 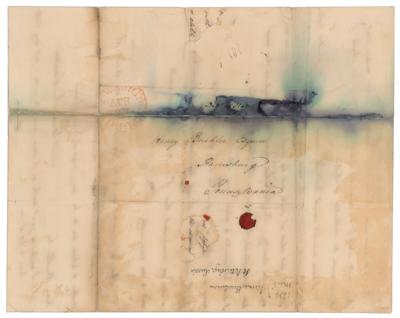 From St. Petersburg, Buchanan opines on American ideals, Czar Nicholas I, and the people of Russia

ALS, three pages on two adjoining sheets, 7.5 x 9.75, March 3, 1833. Letter to Henry Buckler, written from St. Petersburg while serving as minister to Russia. In full: "An unexpected opportunity enables me to acknowledge the receipt of your kind & agreeable letter of the 23 November last but few days after its arrival. It had a most unfortunate passage as it did not reach me until the 28 ultimo although I ought to have received it by the first of January. This delay was occasioned by the unfortunate mistake of our charge d'affaires in Paris.

I feel grateful to you for your kind wishes for my political promotion; though I am not disposed to have much faith in your predictions, which were evidently dictated by the feelings of friendship. Thank God! My happiness does not consist in the pursuits of ambition. The public favors which I have enjoyed have been unsolicited by myself, and I accepted the station I now occupy after the re-iterated solicitations of General Jackson. If opportunities of serving my country in office should present themselves, I shall not decline them; if not I shall never seek them.

I shall not attempt to explain to you the causes, but I feel sensible I enjoy less popularity in my home native state than as many others throughout the Union. I shall never hold any office which depends upon a warm decided & general movement in my favor of the party in Pennsylvania to which I belong. Still I beg you to believe that this is not the language of disappointment or chagrin. Far from it. I thank heaven I was born a Pennsylvanian, it is the only land on earth where I should choose to live, where I hope to die, but enough of this.

No American can travel through Europe without becoming still more attached to his native land & those Institutions under which it has flourished. It is only with us that a man can feel from his birth that he is equal to his fellow man. It is perhaps true that no people in Europe are prepared for Republican Institutions. This is what their statesmen contend. But what a compliment to us does this admission imply!

In Russia, the great mass of people are semi-barbarians & slaves wholly unfit for self-government. It is fortunate for them that they have such an Emperor as their present Sovereign; but the curse of despotism is that his son may be as great a tyrant as his father has been. Nicholas mingles freely with his people, is plain, yet dignified in his manners, possesses much energy & ability & is almost adored by his subjects. He receives full credit for all the good that is done; whilst all the evil is charged to the account of his ministers. His private character, as well as that of the Empress, is without a single blemish & their example has already done much to reform the manners of a Court which but a few years ago was as dissolute as it was splendid. Such is the character of a sovereign at home, who is believed by many in our country to be a tyrant. That his proceedings towards Poland cannot be justified is certain, and that every liberal man throughout the world desired & ought to have desired the independence of that ancient & gallant nation is equally true: but yet it cannot be denied that the French & English newspapers have given a false color to his conduct in regard to that country after the attempted revolution. You can have no conception of how bitterly the Russians hate the Poles & before the latter rose to establish their rights, the former were very jealous of the favors which they say had been bestowed by the Emperor on Poland at their expense.

The last news from Constantinople renders it almost certain that peace will speedily be concluded between the Sultan and the Pasha of Egypt under the mediation of Russia. I have received much kindness among this strange and peculiar people. Indeed, I might almost say they have distinguished me in this respect. Still I feel that I shall not be truly happy until I again see my native country. The principal object of my mission has now been accomplished & I entertain the strongest hopes that I may be permitted to return home after spending two years in St. Petersburg from the time of my arrival & possibly sooner. I scarcely hear any news from Harrisburg & have no correspondent there. I should be glad if you would write to me occasionally.

Please to remember me to the Governor, & all my friends. I cannot pretend to enumerate them…P.S. I write in great haste as I have much to write & but very little time to do it in." Addressed on the integral leaf in Buchanan's hand. In very good condition, with overall silking, staining which affects some of the text, and seal-related paper loss to the integral address leaf.