As the war nears its end, Washington, still wary of the British, heeds concerns of the construction of a magazine at West Point 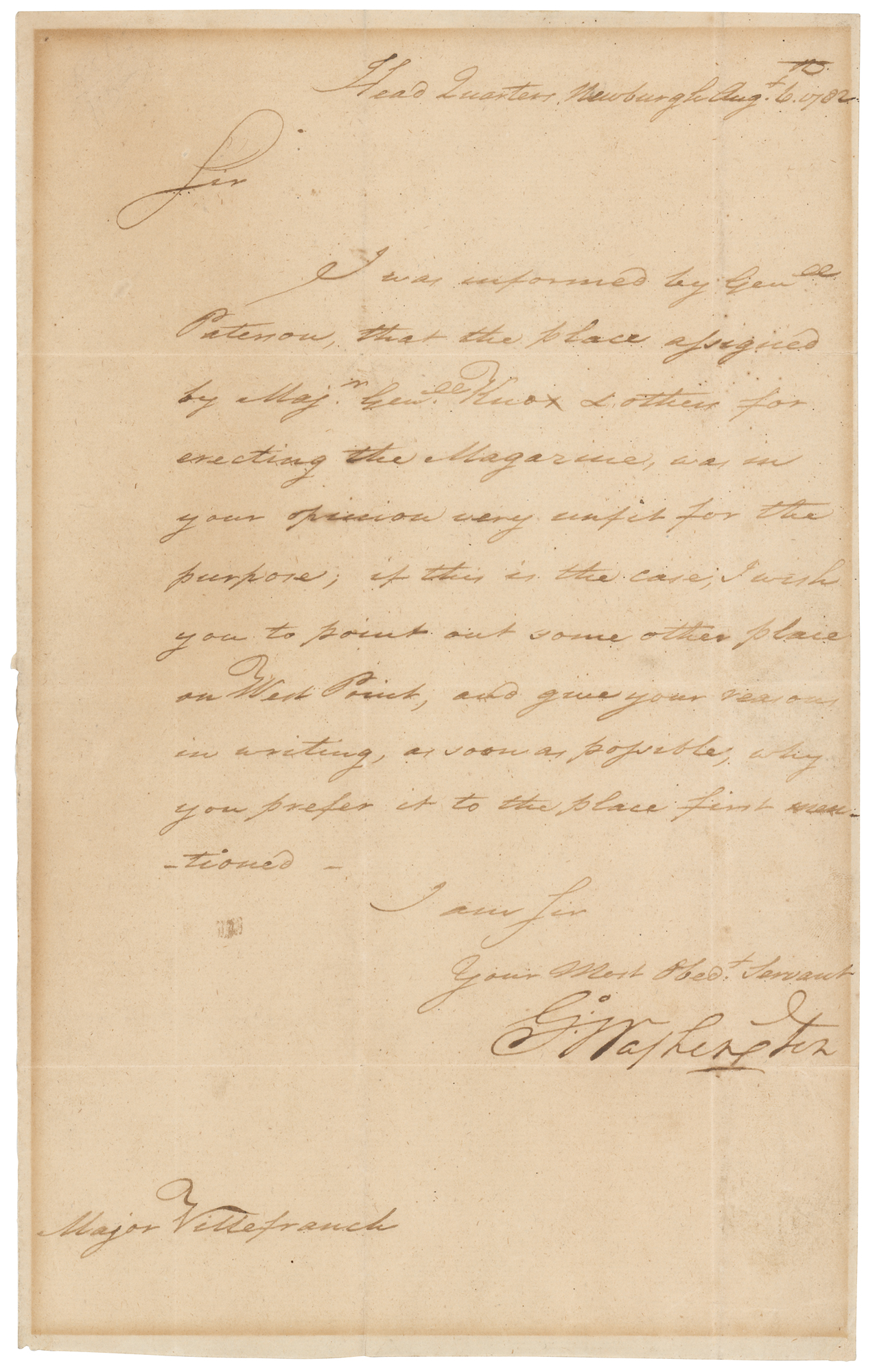 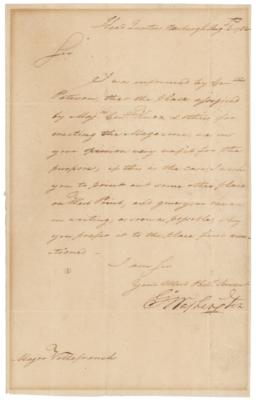 As the war nears its end, Washington, still wary of the British, heeds concerns of the construction of a magazine at West Point

Important war-dated LS, signed "Go: Washington," one page, 7.25 x 11.5, Newburgh, New York, August 6, 1782. Letter to Major Villefranche concerning plans for the French officer to construct a powder magazine at West Point. In full, "I was informed by the Genl. Paterson, that the place assigned by Majr. Genl. Knox & others for erecting the Magazine, was in your opinion very unfit for the purpose; if this is the case, I wish you to point out some other place on West Point, and give your reasons in writing, as soon as possible, why you prefer it to the place first mentioned." In fine condition, with trimmed edges and light toning from prior display.

A fine content war-dated letter written in the closing days of the Revolutionary War with peace negotiations ongoing in Paris. Despite the relative calm, the British still controlled New York City, and Washington remained wary of their intentions and desired to reinforce this important stronghold on the Hudson River. To accomplish this he turned to Jean Louis Ambroise de Genton, Chevalier de Villefranche, a French soldier and engineer who had joined the Continental Army in 1776. During the war, he rose to major in the Corps of Engineers. He also was familiar with the post's defenses having worked on them in the past. After preparing a full report on the repairs needed for West Point, Washington ordered the project to go forward on April 18, 1782, with Villefranche in charge.

On July 4, 1782, the Board of War ordered that West Point become an official repository for gunpowder and authorized the construction of a magazine. Washington, in consultation with Henry Knox, selected a location and began construction. Villefranche's case for why the location should have been moved is unrecorded in Washington's papers, but his case must have been persuasive. The site of the magazine was evidently moved to Constitution Island, which lay directly across the Hudson from West Point. On August 12, construction began there on a magazine that would hold 1,000 barrels of powder. Washington was impressed enough with Villefranche to recommend his promotion to Congress in 1783, and in May 1783, he was made a lieutenant colonel.