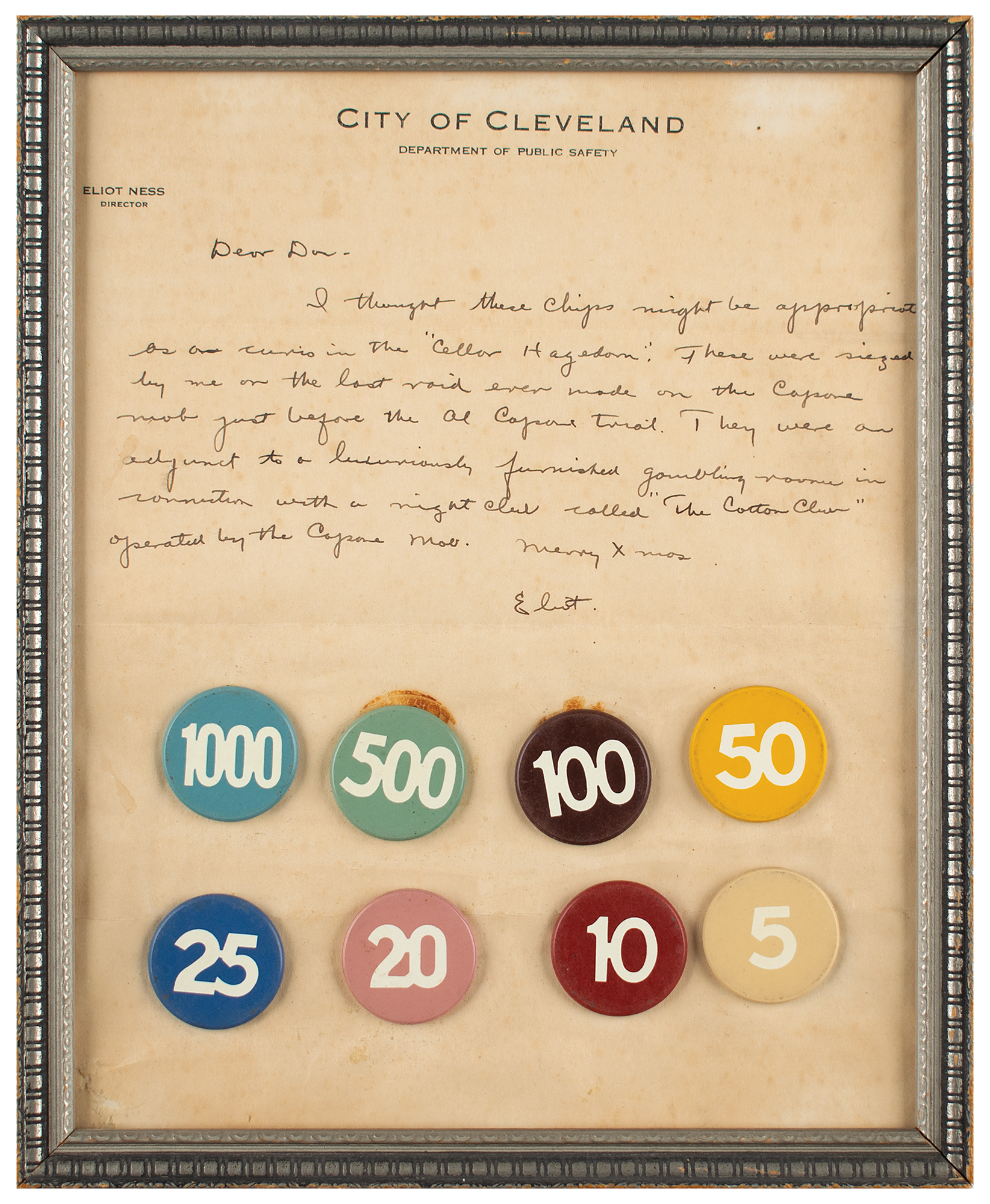 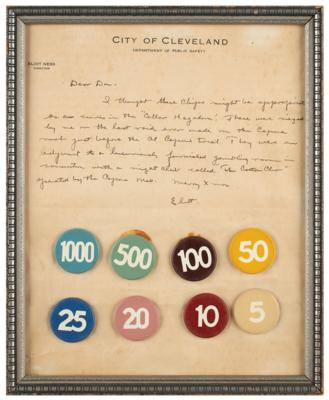 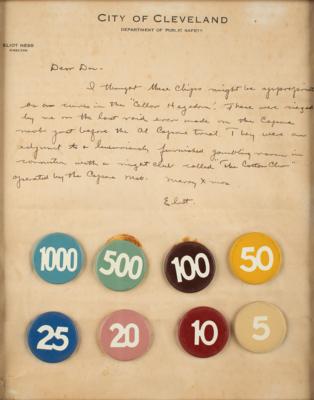 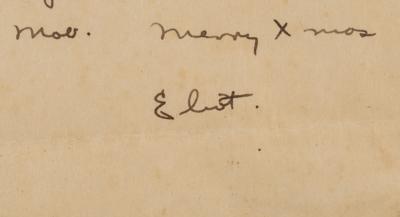 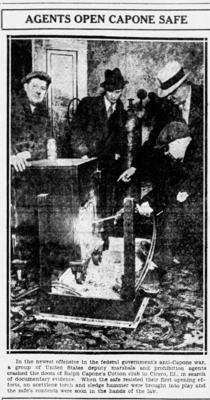 Extremely rare ALS signed “Eliot,” one page, 7.75 x 9.75, personal City of Cleveland, Department of Public Safety letterhead, no date. Handwritten letter to "Doc," ostensibly Dr. Arthur Hagedorn, the chairman and physician of the Cleveland Boxing Commission, in full: "I thought these chips might be appropriate as a curio in the 'Cellar Hagedorn.' These were seized by me on the last raid ever made on the Capone mob just before the Al Capone trial. They were an adjunct to a luxuriously furnished gambling room in connection with a night club called 'The Cotton Club' operated by the Capone mob. Merry Xmas." The lower portion of the letter bears eight affixed illegal roulette lammer chips from the referenced Cotton Club raid. Framed and in very good to fine condition, with scattered light foxing and toning.

Early on March 12, 1931, a group of United States deputy marshals and prohibition agents raided the Cotton Club on 5342 W. 22nd St. in the Chicago suburb of Cicero. A speakeasy fronting as a nightclub that hosted some of the era’s biggest jazz acts like Duke Ellington and Louis Armstrong, the Cotton Club also served as the headquarters for mob boss Ralph Capone, the impulsive older brother of Al Capone and Frank Capone. The Chicago Crime Commission described the Cotton Club as ‘a 'whoopee' spot where liquor flowed freely.’

A young Treasury agent by the name of Eliot Ness was among the feds that swarmed the Cotton Club that morning in a scene that could have been filmed for a movie: ‘customers screamed and tried to hide, liquor was seized and bottles smashed, workers were arrested, and the safe was opened with acetylene torches in the hunt for evidence.’ In addition to the contents of the safe—a pint of whiskey, canceled checks, I.O.U.’s, and a checkbook—the Cotton Club delivered both ample evidence and, for Ness, a few small mementos like these lammers.

Shirking the safeguard of anonymity, Ness envied the limelight his raids afforded him, relishing his newfound celebrity as the face of Prohibition law enforcement. In the spring and summer of 1931, Ness and his Untouchables destroyed bootlegging operations worth an estimated $500,000, essentially incapacitating the Capone gang while its leader prepared for his income tax evasion trial. A year later, Ness was promoted to Chief Investigator of the Prohibition Bureau for Chicago.