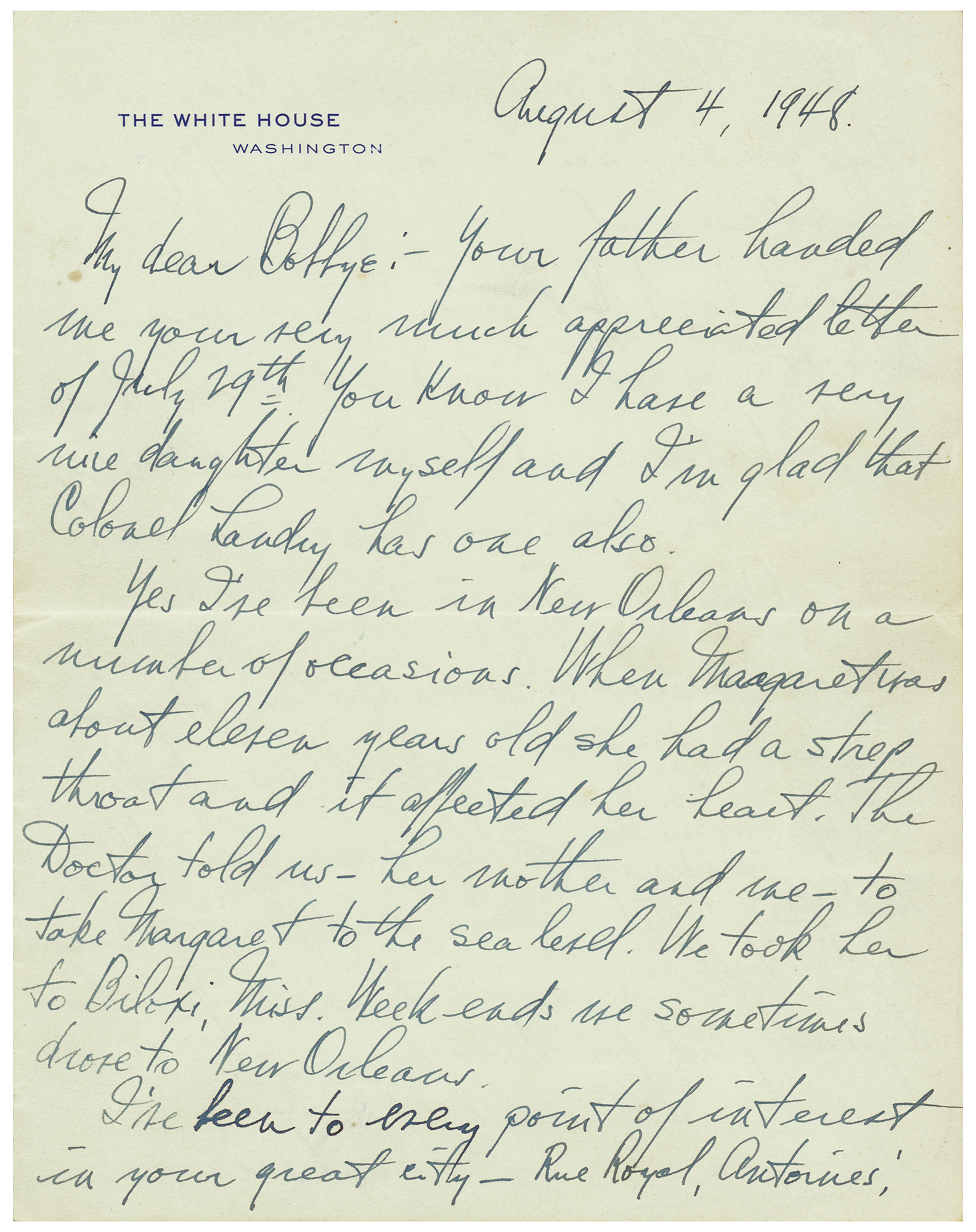 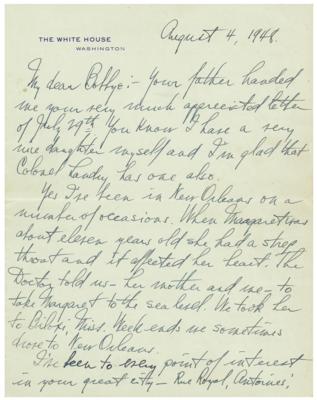 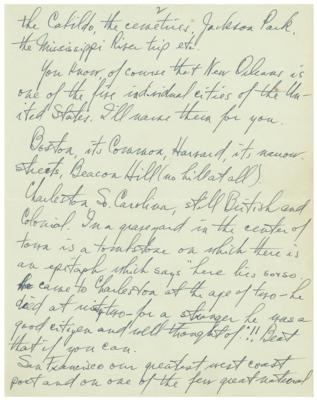 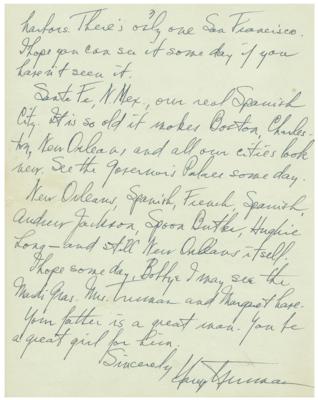 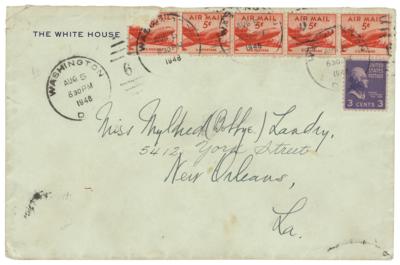 Fantastic ALS as president, three pages on two adjoining sheets, 7 x 8.75, White House letterhead, August 4, 1948. Handwritten letter to Myldred (Bobbye) Landry in New Orleans, the daughter of Robert B. Landry, USAF aide to President Truman. In full: "Your father handed me your very much appreciated letter of July 29ths. You know I have a very nice daughter myself and I'm glad that Colonel Landry has one also. Yes I've been in New Orleans on a number of occasions. When Margaret was about eleven years old she had a strep throat and it affected her heart. The Doctor told us—her mother and me—to take Margaret to sea level. We took her to Biloxi, Miss. Weekends we sometimes drove to New Orleans. I've been to every point of interest in your great city—Rue Royal, Antoine's, the Cabildo, the cemeteries, Jackson Park, the Mississippi River trip, etc.

Boston, its Common, Harvard, its narrow streets, Bean Hill (no hill at all). Charleston, So. Carolina, still British and Colonial. In a graveyard in the center of town is a tombstone on which there is an epitaph which says 'here lies so & so. He came to Charleston at the age of two—he died at ninety-two—for a stranger he was a good citizen and well thought of'!! Beat that if you can.

San Francisco our greatest west coast port and one of the few great natural harbors. There's only one San Francisco. I hope you can see it some day if you haven't seen it. Santa Fe, N. Mex., our real Spanish City. It is so old it makes Boston, Charlestown, New Orleans, and all our cities look new. See the Governor's Palace some day. New Orleans, Spanish, French, Spanish, Andrew Jackson, Spoon Butler, Hughie Long—and still New Orleans itself. I hope some day, Bobbye, I may see the Mardi Gras. Mrs. Truman and Margaret have. Your father is a great man. You be a great girl for him." In fine condition. Accompanied by the original White House mailing envelope, addressed in Truman's hand. A sought-after autograph letter signed as president, boasting excellent content on America's great cities.