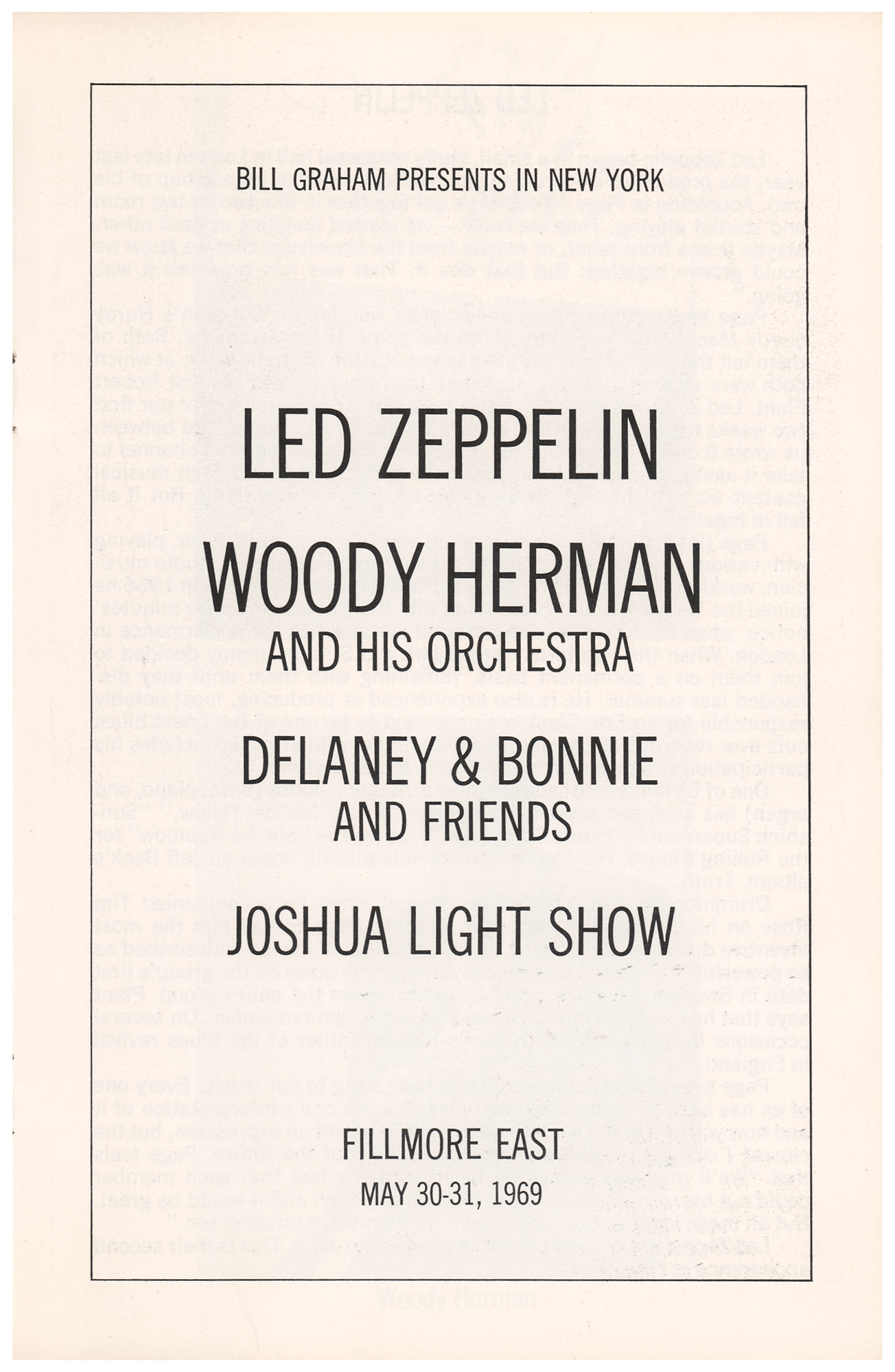 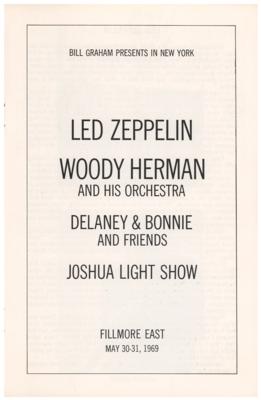 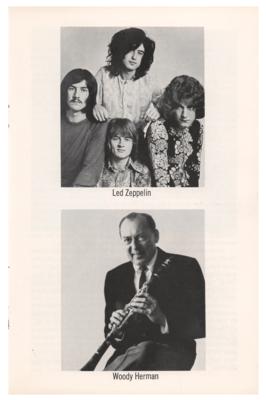 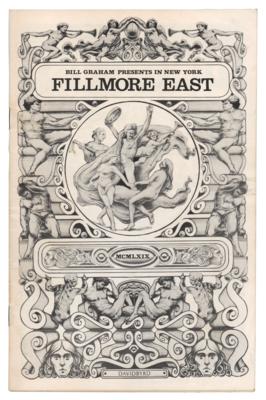 Concert program for Led Zeppelin's first headlining shows at New York's legendary Fillmore East on May 30-31, 1969, only a few months after having premiered at the venue as an opening act for Iron Butterfly. The program measures 5.5 x 8.5 and includes a photo and full-page biography of the band, a large advertisement for Led Zeppelin's debut album, as well as many other interesting period advertisements, including full page announcements for Tommy, The Who's new album, and the Newport Folk Festival, which lists an assortment of future Rock and Roll Hall of Fame artists. In fine condition, with some light wrinkling and creasing to front cover.