Buckminster Fuller archive from his personal assistant, dating to the 1976 MAN transFORM exhibit 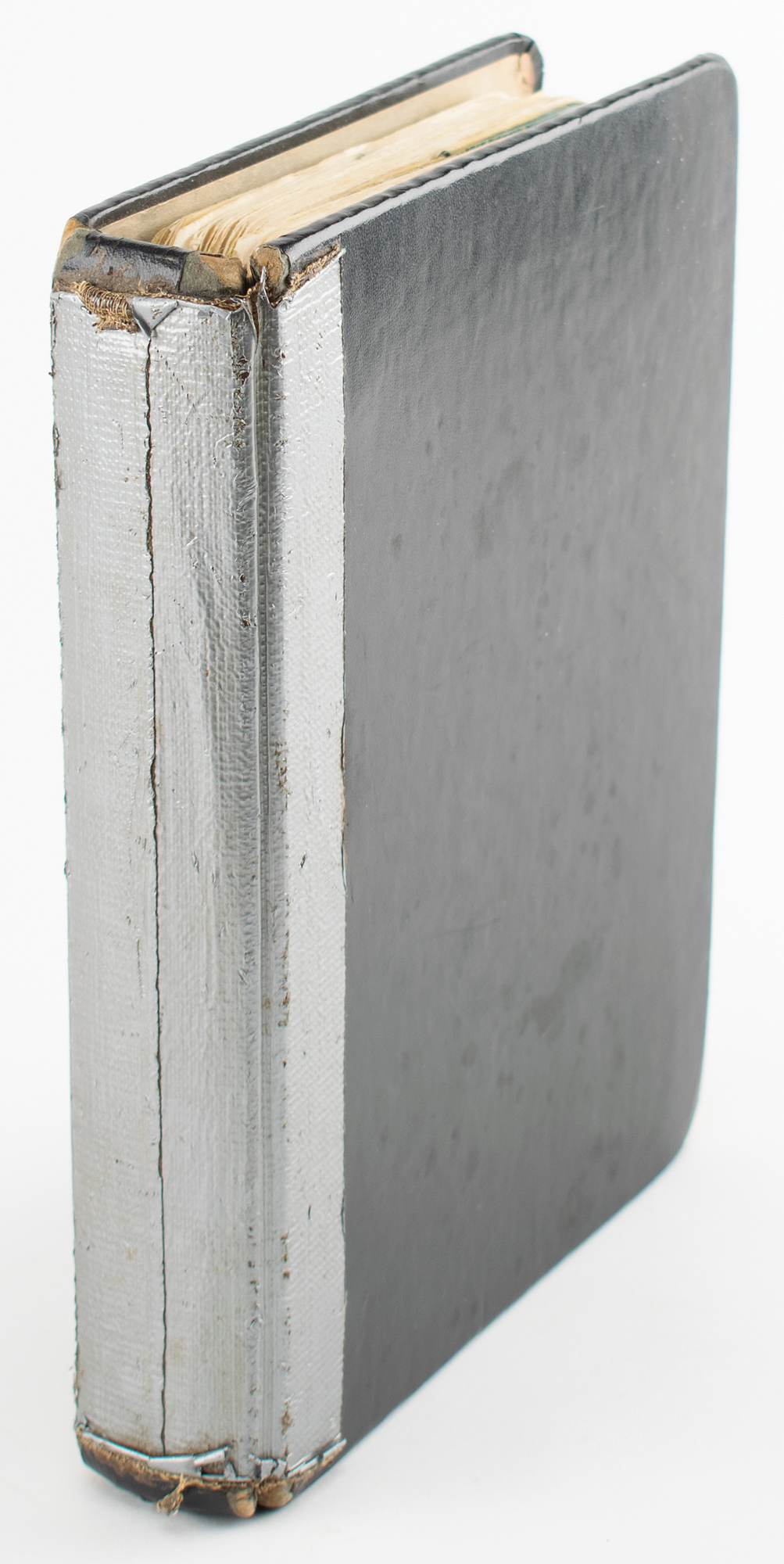 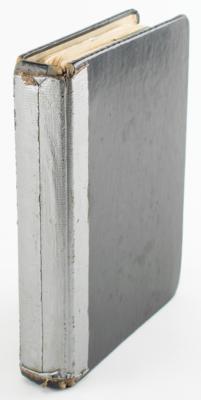 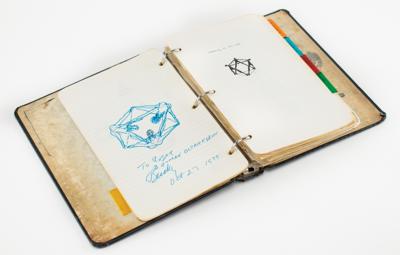 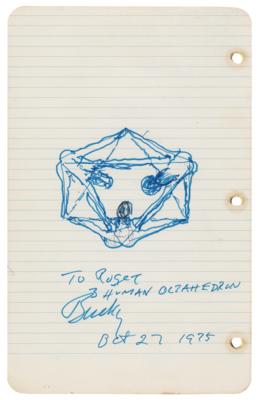 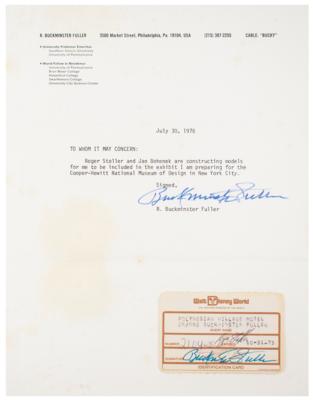 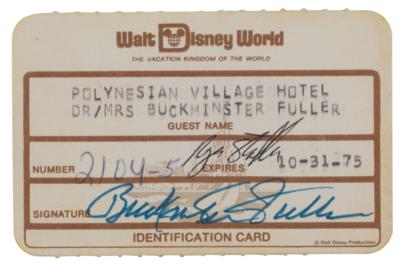 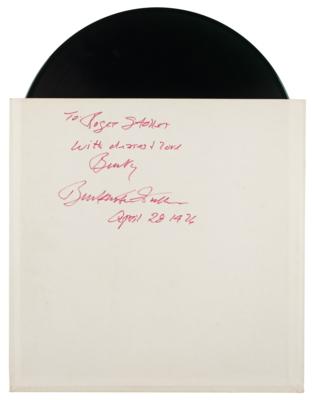 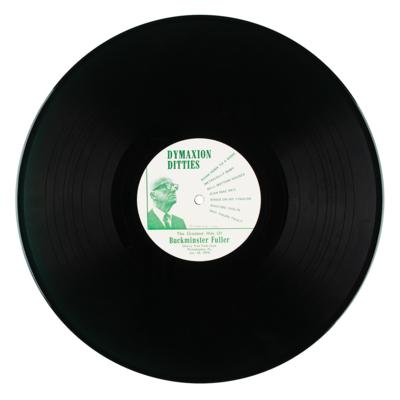 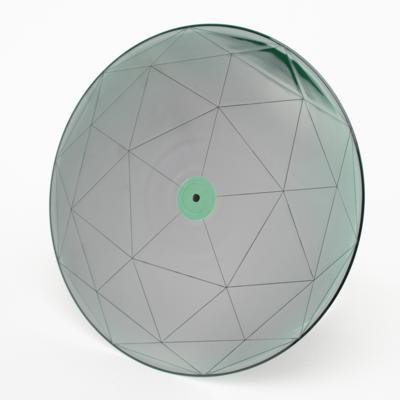 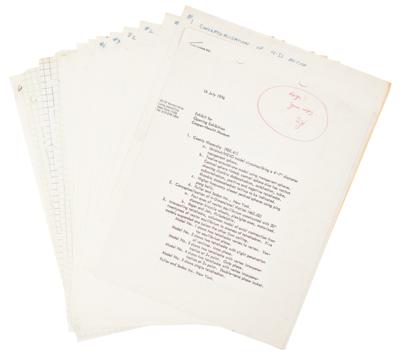 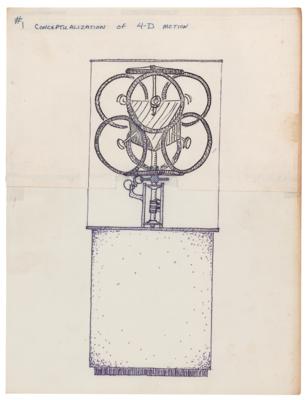 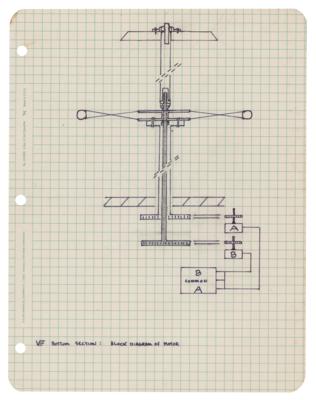 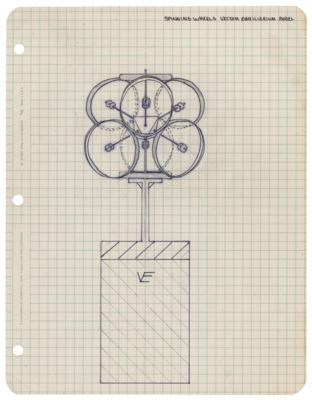 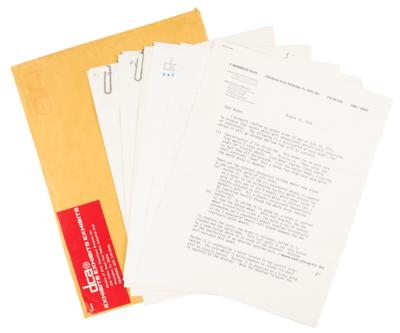 Buckminster Fuller archive from his personal assistant, dating to the 1976 MAN transFORM exhibit

Fascinating archive of materials from the personal collection of noted sculptor Roger W. Stoller, dating to his tenure as the personal assistant to Buckminster Fuller, the visionary American architect, inventor, writer, and philosopher (1895-1983) who is perhaps best known for inventing the geodesic dome, one of the signal developments in modern design and engineering.

A blue felt tip sketch by Fuller on an off-white 6 x 9.5 notebook page, signed and inscribed, “To Roger, Bucky, Oct 27, 1975,” who entitles the sketch as “3 Human Octahedron.” This sketch is part of a notebook used extensively by Stoller as Fuller’s assistant; as such, the book is filled with checklists for speaking engagements, an extensive contact list, a July 1977 to April 1987 itinerary, maps, handwritten notes, and various sketches, all compiled and/or made by Stoller.

A dark green vinyl copy of the album Dymaxion Ditties: The Greatest Hits of Buckminster Fuller, with its original white sleeve that is signed and inscribed in red felt tip, “To Roger Stoller, with dearest love, Bucky, Buckminster Fuller, April 28, 1976.” The record, which features a geodesic dome on the B side, is included.

A TLS signed “Buckminster Fuller,” one page, 8.5 x 11, personal letterhead, July 30, 1976. In full: “To whom it may concern: Roger Stoller and Jan Bohenek are constructing models for me to be included in the exhibit I am preparing for the Cooper-Hewitt National Museum of Design in New York City.”

A Walt Disney World identification card, 3.5 x 2.25, issued to “Dr / Mrs Buckminster Fuller” for the Polynesian Village Hotel, dated October 31, 1975, signed at the bottom in blue ink, “Buckminster Fuller.” The Walt Disney World Resort is home to the EPCOT theme park, which prominently features the iconic Spaceship Earth, a dark ride attraction housed inside a gigantic geodesic sphere inspired by Fuller's design. Spaceship Earth has served as the symbolic structure of EPCOT since the park opened in 1982.

The balance of the archive consists of early conceptual designs (printed and hand-drawn) and documents related to Stoller’s collaboration with Fuller for an installation at the Smithsonian's Cooper-Hewitt, National Design Museum in New York City, ostensibly the MAN transFORM exhibit, which opened in October 1976. This includes a photocopy of a document directed to Stoller by Fuller, who agrees to pay the former “a total of $6200 for the four models completely installed in good running order in the museum. The four models are identified as “Conceptuality of the 4D motion,” “Vector Equilibrium Jitterbug,” “Octahedron/Tetrahedron Transformation,” and “Tetrahedral Inside/Outing,” with Fuller detailing his requirements for each. In overall fine condition.