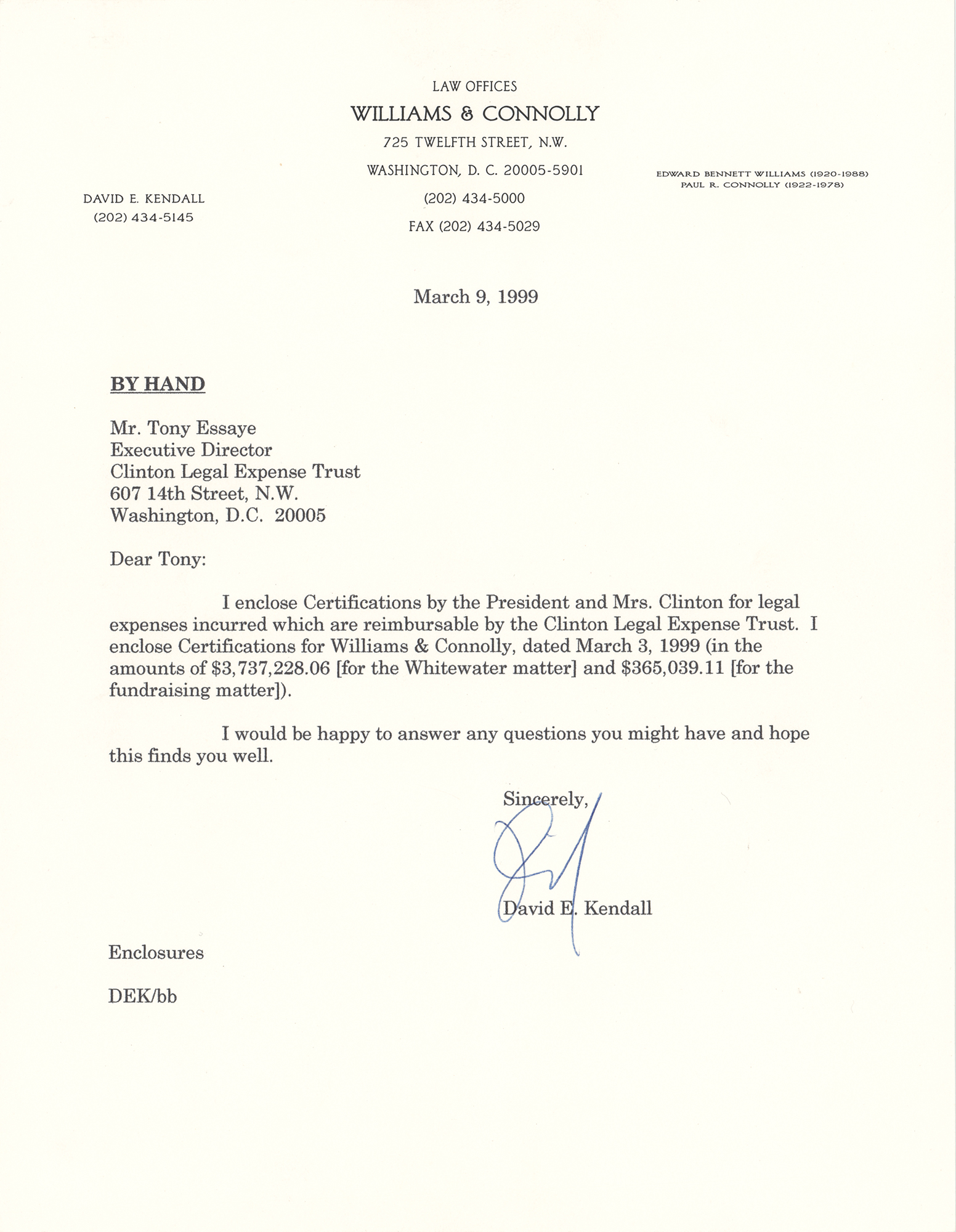 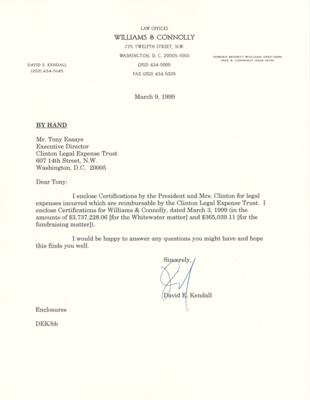 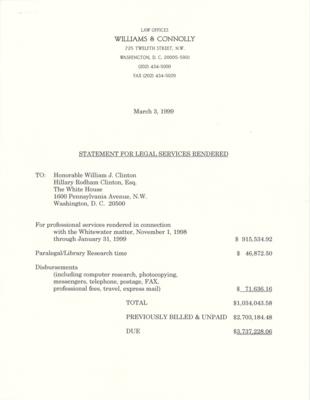 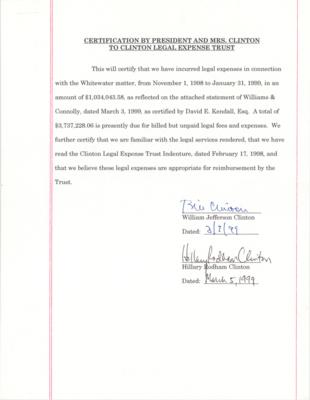 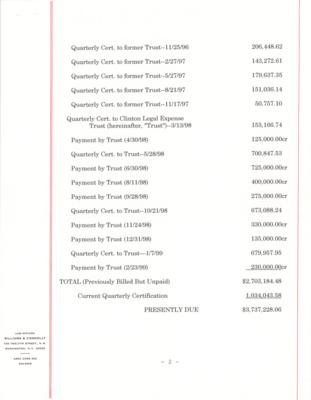 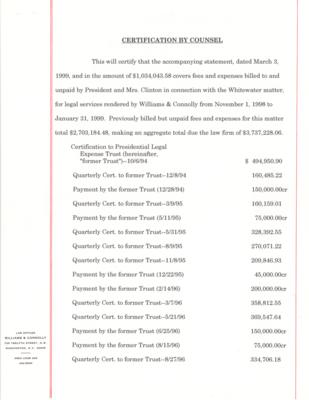 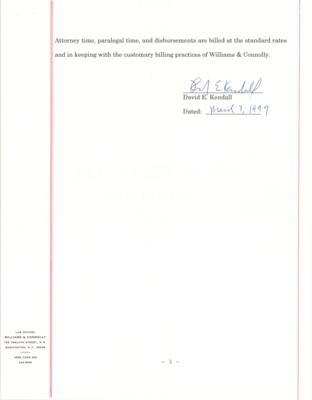 DS, signed as president, "Bill Clinton," and as first lady, "Hillary Rodham Clinton," one page, 8.5 x 11, individually dated March 5 and 7, 1999. In full: "This will certify that we have incurred legal expenses in connection with the Whitewater matter, from November 1, 1998 to January 31, 1999, in an amount of $1,034,043.58, as reflected on the attached statement of Williams & Connolly, dated March 3, 1999, as certified by David E. Kendall, Esq. A total of $3,737,228.06 is presently due for billed but unpaid legal fees and expenses. We further certify that we are familiar with the legal services rendered, that we have read the Clinton Legal Expense Trust Indenture, dated February 17, 1998, and that we believe these legal expenses are appropriate for reimbursement by the Trust." Signed and dated at the conclusion in blue ink by the president, and signed and dated below in black ballpoint by the first lady. In very fine condition. Both the Williams & Connolly Statement for Legal Services Rendered and the Certification by Counsel are included, totaling five additional pages; two are signed by David E. Kendall, the attorney best remembered for having advised President Bill Clinton during the Lewinsky scandal, and for representing him during his impeachment trial.

This presidential-signed document dates to an extremely litigious period during the Clinton administration. The Clinton Legal Expense Trust was formed in 1998 to continue raising money for legal expenses towards the Whitewater real estate controversy involving President and First Lady Clinton, as well as the Paula Jones sexual harassment lawsuit filed against the president on May 6, 1994. The trust also covered expenses in a second campaign fundraising controversy, legal fees resulting from the Monica Lewinsky matter, and the ongoing Clinton impeachment. Fascinating insight into the legal defense fund of the nation's 42nd chief executive.