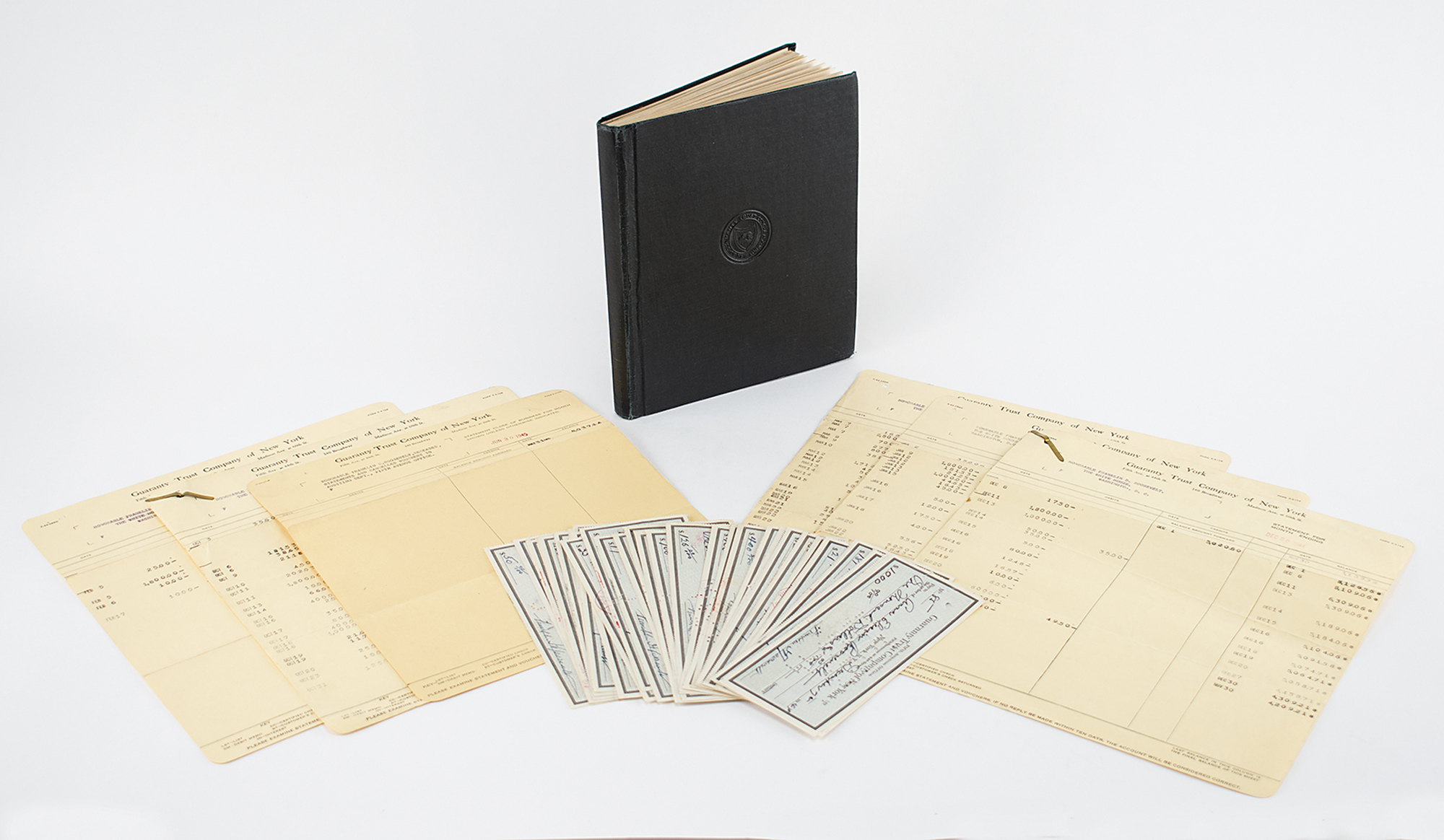 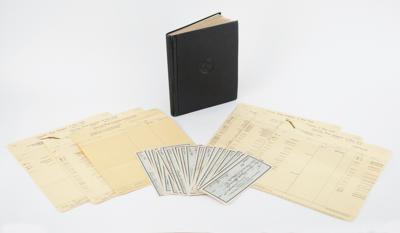 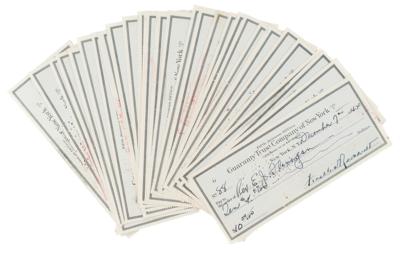 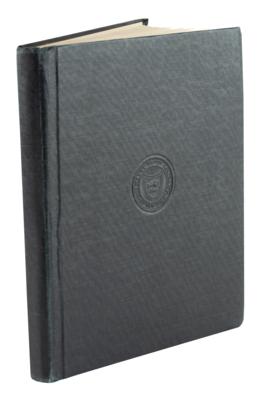 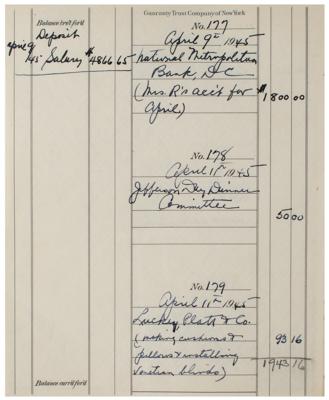 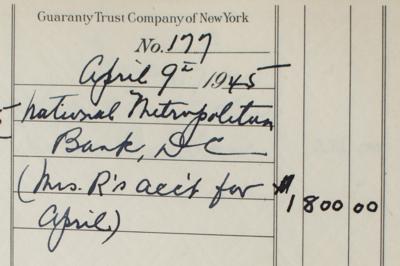 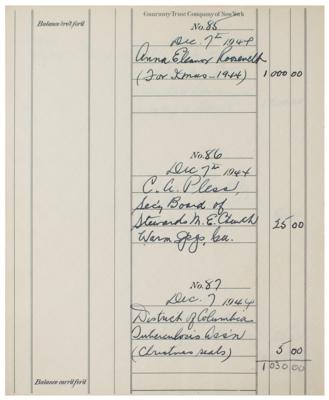 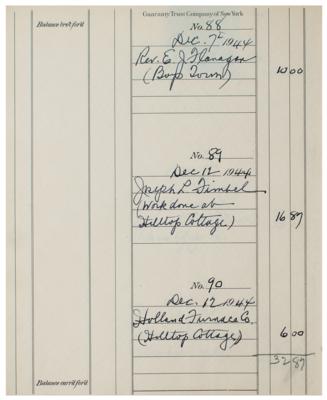 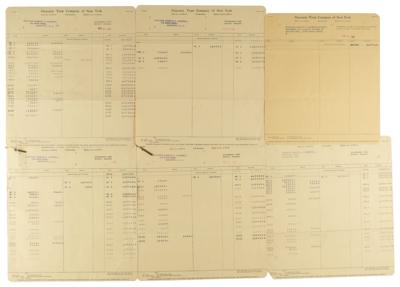 The checks from FDR's personal bank account during the last six months of his life detail both his professional as well as personal contributions. Most notably, the President signs two checks on December 7, 1944, the third anniversary of Pearl Harbor: one to Father Flanagan of Boys Town (not endorsed by Flanagan), and another for $1,000 to his wife, Eleanor Roosevelt, for her Christmas present in 1944, which is endorsed on the reverse by the first lady as "Anna Eleanor Roosevelt." Other notable payees include the Democratic National Committee, the Woodrow Wilson Birthplace Foundation, the Dutchess County Historical Society, the Community War Fund, the U.S. Naval Institute, and Anna Curtenius Roosevelt, the great-granddaughter of Theodore Roosevelt.

Included is FDR’s black leather Guaranty Trust Company of New York check register book, which begins with check number 44 and ends with check number 189 (with two blank checks following). All of the checks before number 178 (dated April 9, 1945) have been removed from the register as they were tendered, cashed, canceled, and returned to FDR. Check numbers 178 through 189, a total of 12 checks, are filled out but are unsigned and remain attached to the register, as do the two unnumbered checks. Register bears a few notations in Roosevelt's hand.