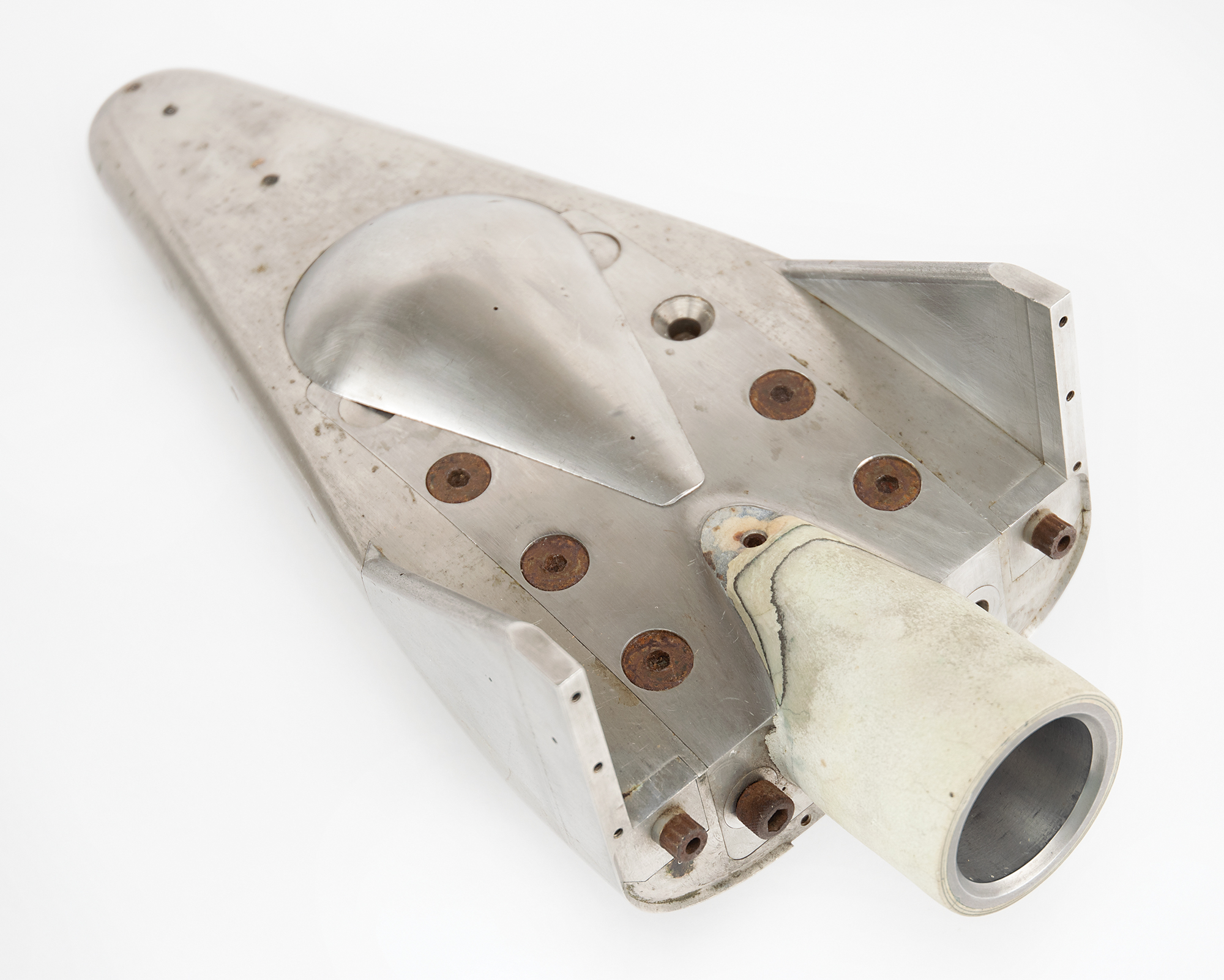 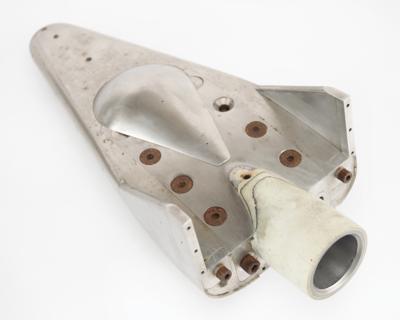 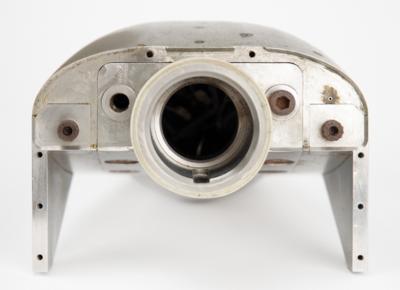 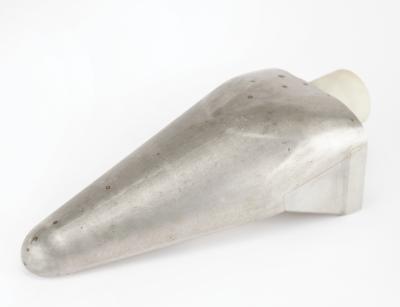 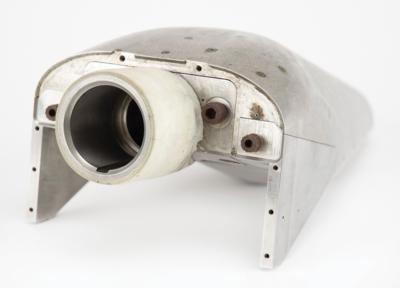 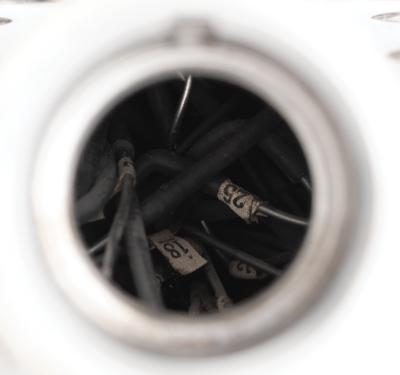 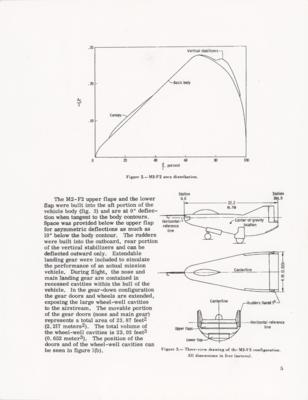 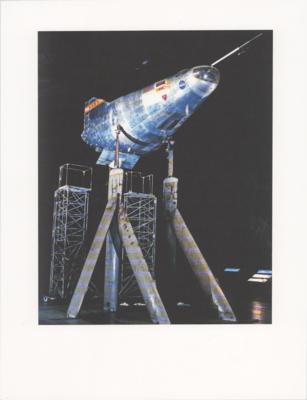 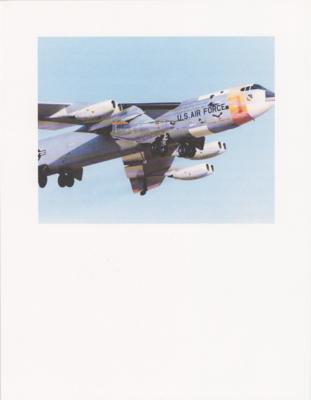 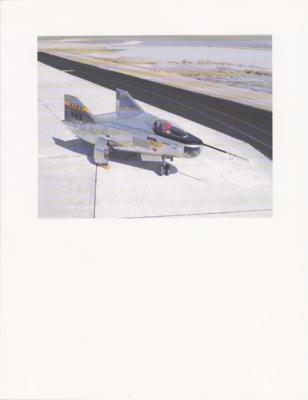 Early wind and thermal testing model of the Northrop M2-F2 heavyweight lifting body aircraft that was designed based on studies at NASA's Ames and Langley research centers. Used to test aerodynamics and thermal readings, the heavy polished steel model weighs approximately 18 lbs and measures 14? x 5? x 6?. The open nozzle to tail section reveals the model interior, which contains an assortment of numbered tubing that went from surface ports to pressure sensors that would be hooked up to a computer to enable feedback. The ceramic section at the back, which is called ‘The Sting,’ is not part of the model design, but is there to protect the mount in the test section of the tunnel; it can be positioned at varying angles of attack while keeping it centered in the airstream. In fine condition, with scattered scuffs, dings, and marks, and apparent missing bolts to the tail and upper sections. A robust and uncommon steel model representing a lesser-known precursor to the iconic Space Shuttle Orbiter.

The success of Dryden's M2-F1 program led to NASA's development and construction of two heavyweight lifting bodies based on studies at NASA's Ames and Langley research centers—the M2-F2 and the HL-10, both built by the Northrop Corporation. The ‘M’ refers to ‘manned’ and ‘F’ refers to ‘flight’ version. The MF lift body series started in the early 1960s and was based on the ‘Dyna-soar’ project, short for Dynamic Soarer, which began in 1957. The Dyna-soar was, in turn, based on a German design from WWII with the aim of launching a bomber from a rocket.

On March 23, 1966, the M2-F2 made its first captive flight (attached to the B-52 carrier aircraft throughout the flight), and then made its first flight on July 12, 1966, with Milton O. Thompson serving as the pilot. The M2-F2 underwent 16 unpowered glides, with its final flight on May 10, 1967, concluding with a spectacular crash on the bed of Rogers Dry Lake. Test pilot Bruce Peterson survived and footage of the crash was later used in the 1973 television series The Six Million Dollar Man.