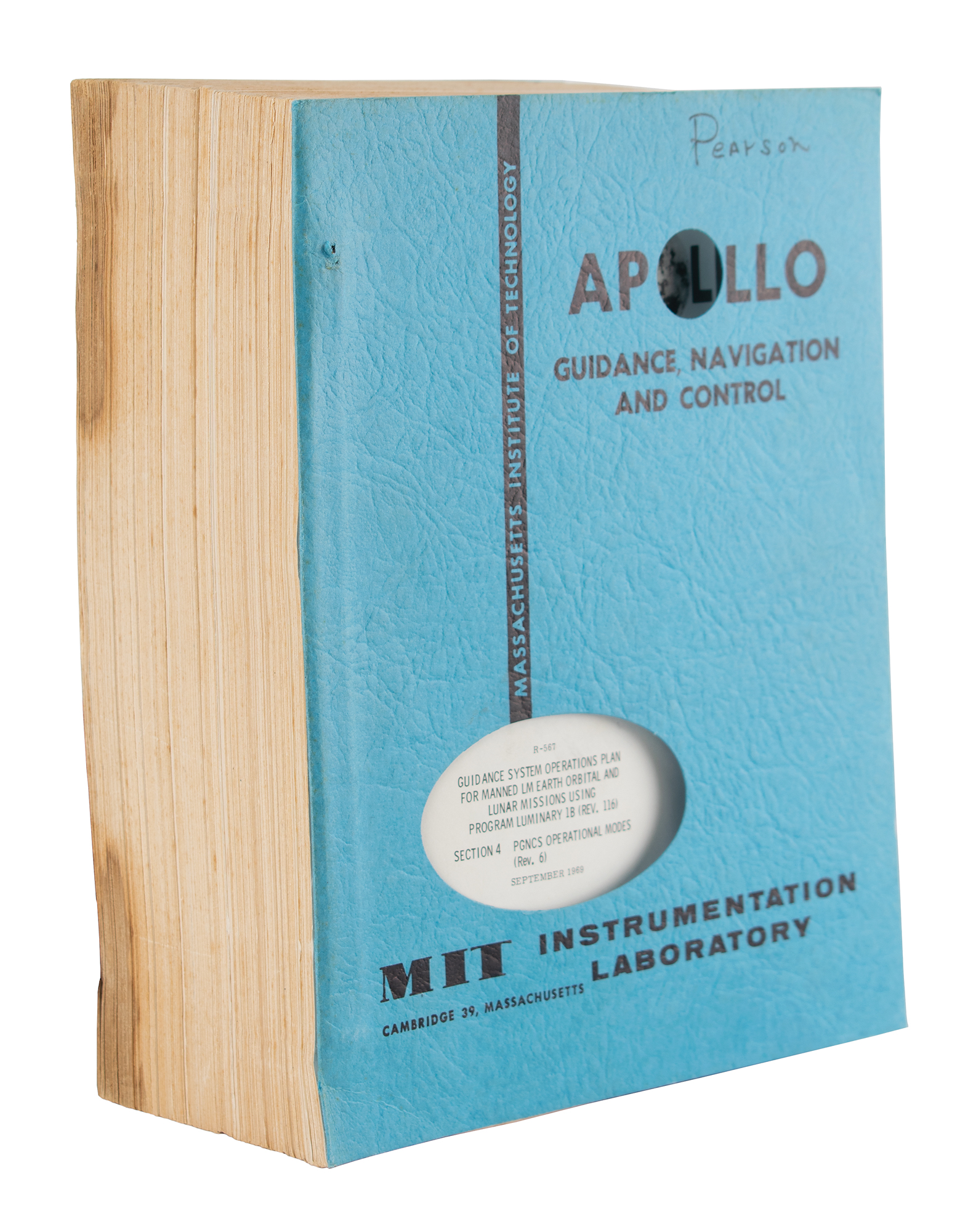 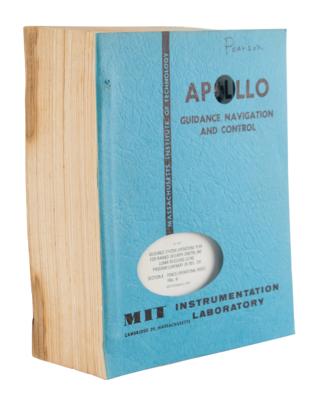 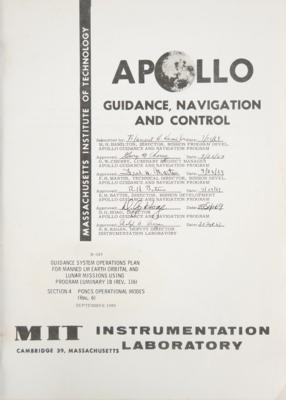 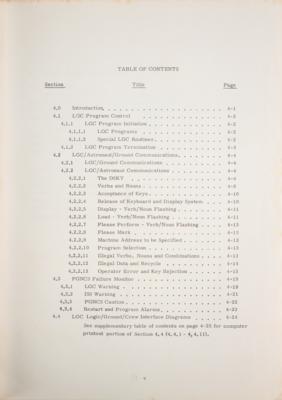 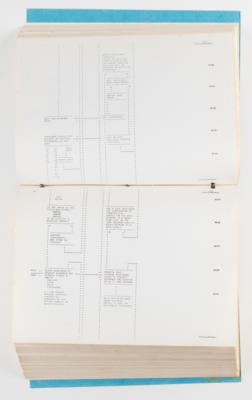 The preface defines the purpose of the document: “The Guidance System Operations Plan is published as six separate volumes (sections) as follows: Section 1 Pre-Launch, Section 2 Data Links, Section 3 Digital Autopilots, Section 4 Operational Modes, Section 5 Guidance Equations, Section 6 Control Data. This volume, Revision 5 of Section 4…describes the operational modes of the missions. It constitutes a Control Document to govern the structure of these missions, including PGNCS interfaces with the flight crew and MCC.” In very good to fine condition, with some staining to the spine page edges and back cover, and rusting and deterioration to back cover spine; interior of manual is largely unaffected.