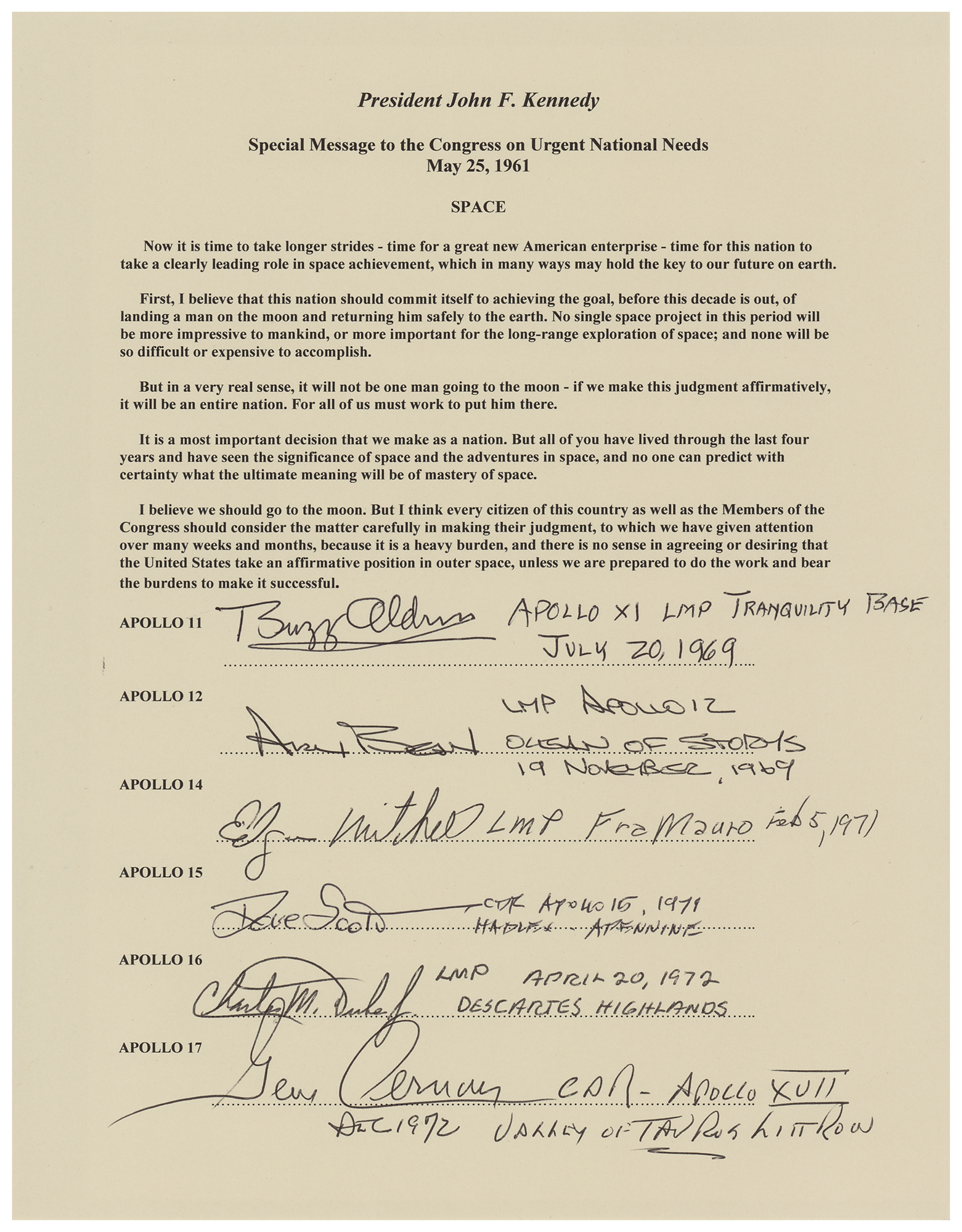 Souvenir typescript featuring President John F. Kennedy's "Special Message to the Congress on Urgent National Needs," on May 25, 1961, 8.5 x 11, signed below in black ballpoint by a moonwalker from each of the six successful Apollo lunar-landing missions: "Buzz Aldrin, Apollo XI, LMP, Tranquility Base, July 20, 1969," "Alan Bean, LMP, Apollo 12, Ocean of Storms, 19 November, 1969," "Edgar Mitchell, LMP, Fra Mauro, Feb. 5, 1971," "Dave Scott, CDR, Apollo 15, 1971, Hadley Apennine," "Charles M. Duke, Jr., LMP, April 20, 1972, Descartes Highlands," and "Gene Cernan, CDR—Apollo XVII, Dec. 1972, Valley of Taurus Littrow." In very fine condition. Speaking to Congress and the nation at the joint session of Congress on May 25, 1961, President Kennedy famously said: 'I believe that this Nation should commit itself to achieving the goal, before this decade is out, of landing a man on the Moon and returning him safely to Earth.'