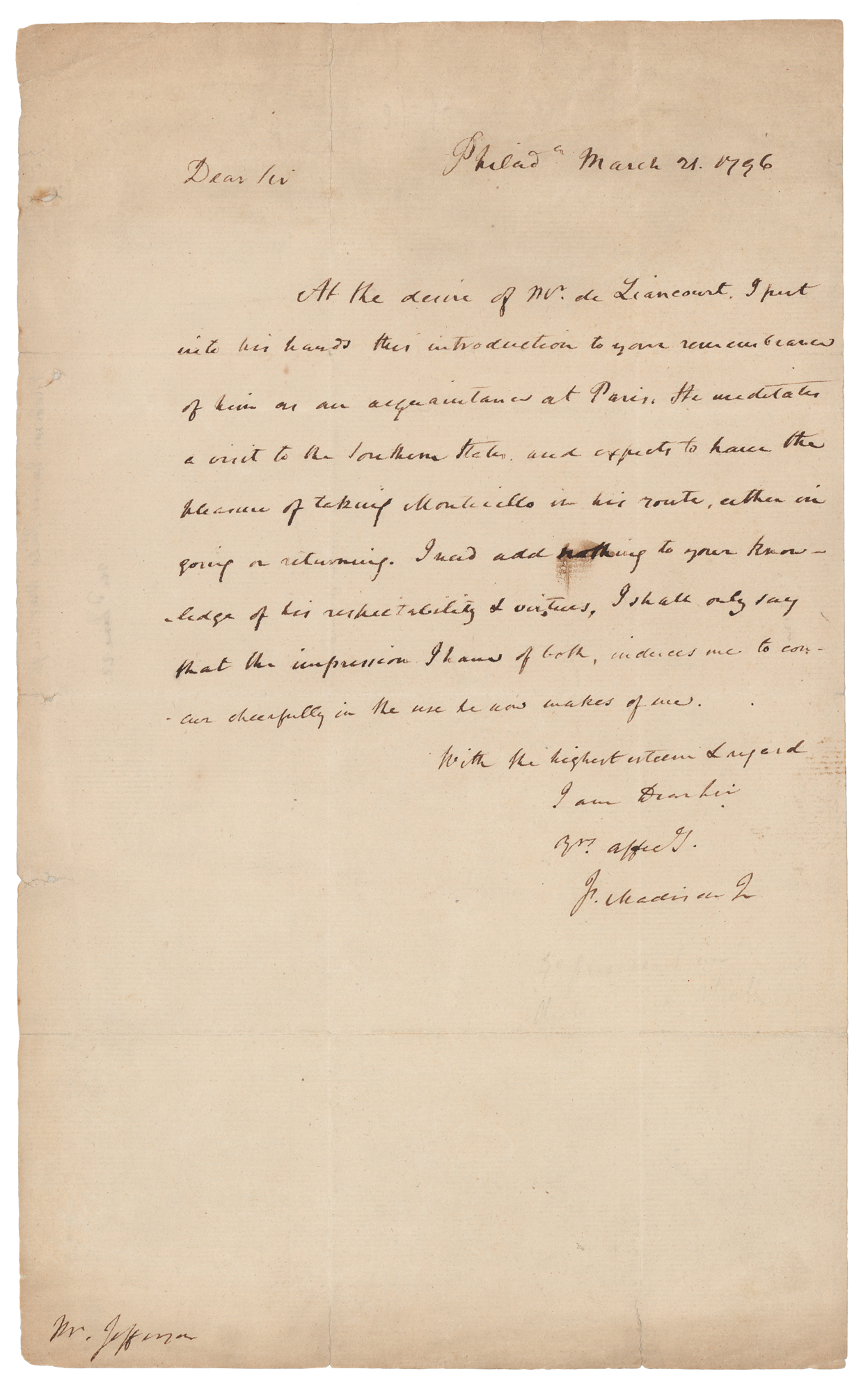 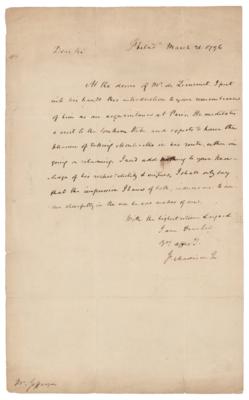 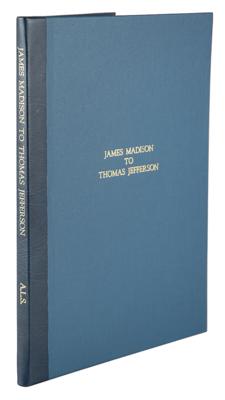 ALS signed "J. Madison, Jr.," one page, 8 x 13, March 21, 1796. Handwritten letter to "Mr. Jefferson," former Secretary of State Thomas Jefferson, who had retired to Monticello upon his resignation in 1793. In full: "At the desire of Mr. de Liancourt, I put into his hands this introduction to your remembrance of him as an acquaintance at Paris. He meditates a visit to the Southern States and expects to have the pleasure of taking Monticello in his route, either in going or returning. I need add nothing to your knowledge of his respectability & virtues I shall only say that the impression I have of both, induces me to concur cheerfully in the use he now makes of me." Docketed on the reverse in Jefferson's hand, "Madison, James, Phila. Mar. 21, 96, rec'd June 22." Interestingly, the paper is watermarked with "GR" surmounted by a crown, representing King George III-from whom these correspondents had fought for independence. In fine condition, with repairs to tiny holes along the left edge. Accompanied by a handsome custom-made finely bound quarter leather case.

François Alexandre Frédéric, Duc de La Rochefoucauld-Liancourt (1747-1827), was a French philanthropist, author, political figure, and social reformer. Uninvited, he arrived at Monticello on June 22, 1796, bearing letters of introduction from William Branch Giles and James Madison, and remained for a week. On the topic of Liancourt in December 1795, Jefferson had remarked to Madison that he had little interest in 'renewing a slight acquaintance, never valued.' Nevertheless, he seems to have shown courteous hospitality to his unexpected guest. A fascinating piece of correspondence between founders, enhanced by the desirable docket in Jefferson's hand.