Upon Vermont's entry into the Union, Jefferson signs an act to enforce federal law on the new state 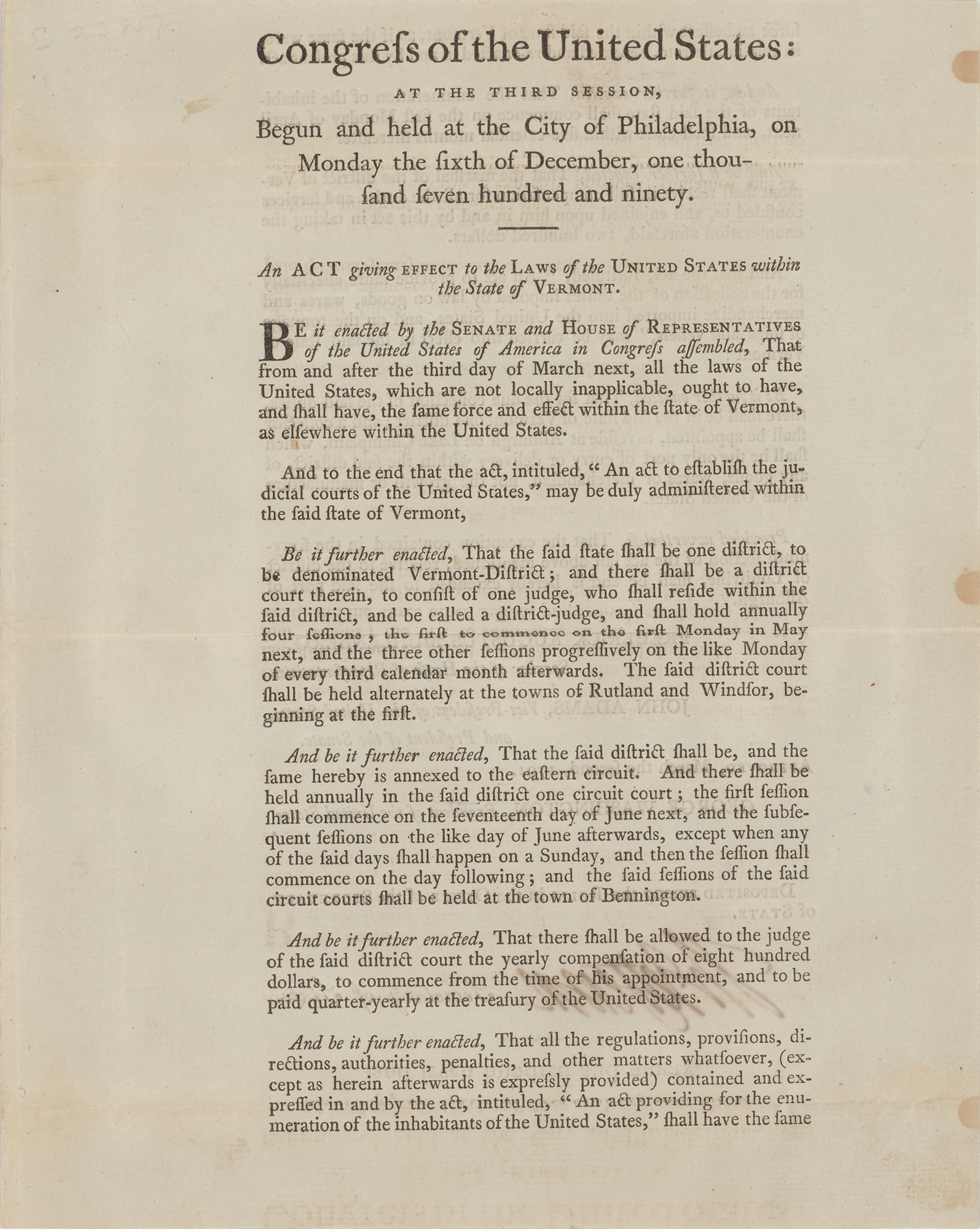 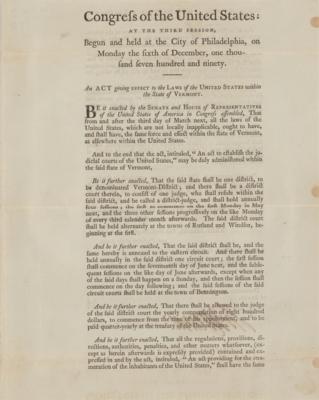 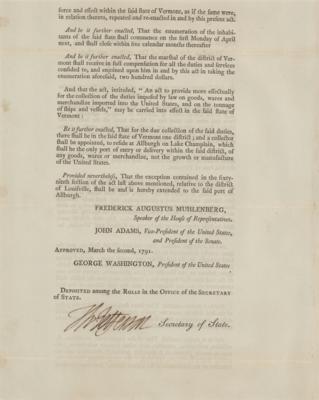 Upon Vermont's entry into the Union, Jefferson signs an act to enforce federal law on the new state

Significant broadside DS, signed as Secretary of State, “Th: Jefferson,” one page both sides, 8 x 10, March 2, 1791. Broadside publishing an act passed by the Congress of the United States during its Third Session, headed, "An Act giving Effect to the Laws of the United States within the State of Vermont." The act begins: "Be it enacted by the Senate and House of Representatives of the United States of America in Congress assembled, That from and after the third day of March next, all the laws of the United States, which are not locally inapplicable, ought to have, and shall have, the same force and effect within the state of Vermont, as elsewhere within the United States." The act goes on to offer specifics regarding judicial districts and requirements, enumeration of inhabitants, and tax and duty collection. Imprinted at the conclusion with the names of Speaker Frederick Muhlenberg, Vice President John Adams, and President George Washington, and prominently signed below in bold ink by Secretary of State Thomas Jefferson. In fine condition, with trimmed edges, and three small stains to the right edge (as well as some staining to the blank integral leaf, in no way affecting the document itself).

By an Act of Congress passed on February 18, 1791, Vermont was to be admitted into the United States on the fourth day of March, becoming the first state since the original thirteen colonies to join the Union. The present act deals with the definition of the new state's federal judiciary, calls for a census, and handles matters of taxation in anticipation of its entry into the nation. The census, conducted promptly in 1791, found that 85,425 people lived there, making Vermont the third smallest state by population—only Rhode Island and Georgia were less populous. A significant early American document, marking the statehood of one of the country's most scenic locales.